Kazakhstan and Qatar to Expand Cooperation in Key Industries

By Abira Kuandyk in International on 3 February 2021

NUR-SULTAN – Kazakhstan and Qatar have discussed promotion of joint investment projects during the official working visit of Kazakh delegation led by the Deputy Foreign Minister of Kazakhstan Almas Aidarov to Doha on Feb. 2, the Kazakh Foreign Ministry press service reported. 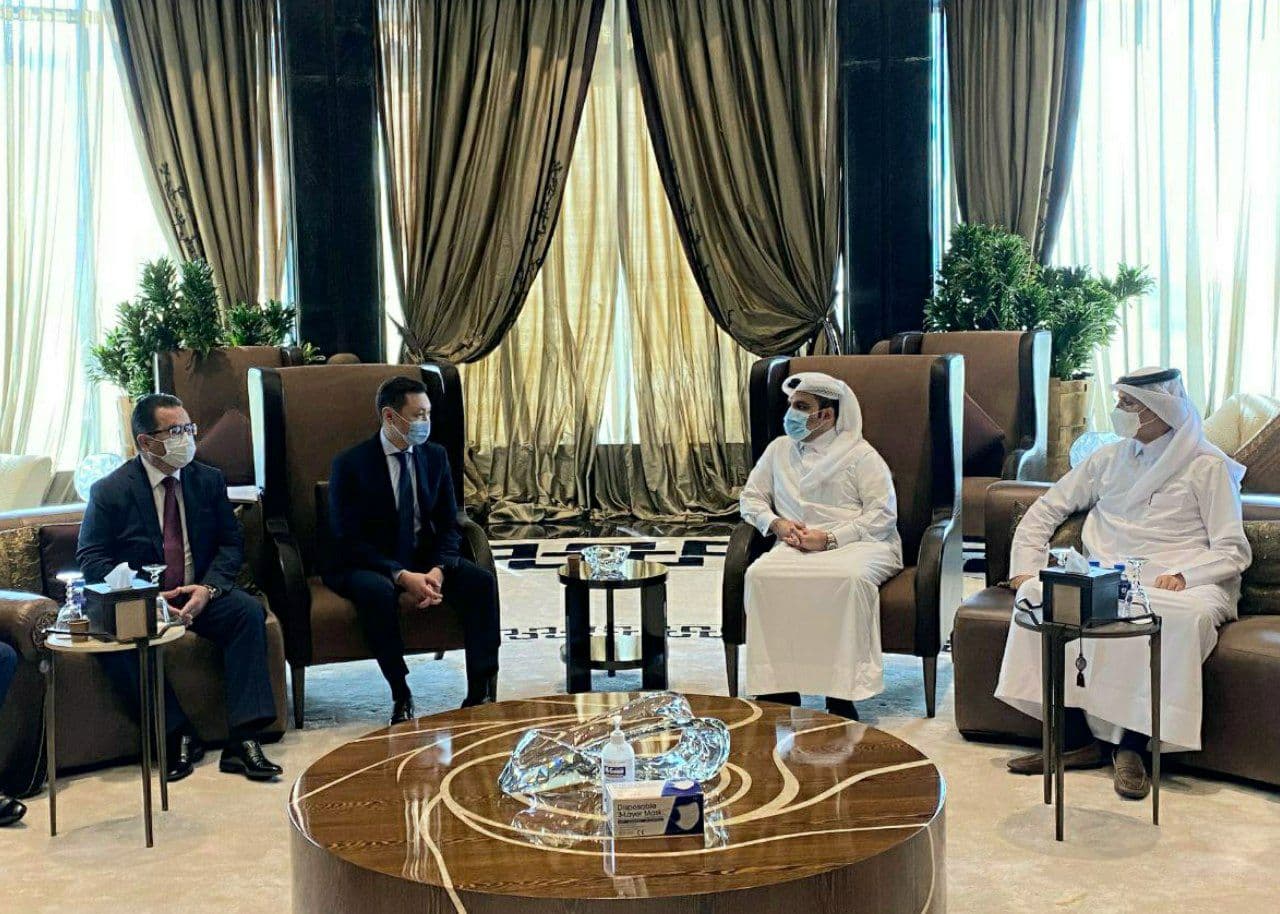 The visit took place on behalf of President Kassym-Jomart Tokayev and in advance of the Emir of Qatar Sheikh Tamim bin Hamad Al Thani’s visit to Kazakhstan.

The purpose of the visit was to promote joint investment projects with Qatar in a number of industries such as the agriculture, mining, defense, tourism and petrochemical industries.

“We have to admit that we did not fully use the potential of Qatar as a global investor, despite all the opportunities and the friendly attitude of this country towards Kazakhstan. Qatar is the richest country with the world’s third highest GDP per capita, with a progressive vision and investment presence worldwide through a sovereign fund – the Qatar Investment Authority,” said Aidarov.

Despite all that, Kazakhstan lacks joint investment projects with Qatar. This oversight will be corrected and Kazakhstan must rediscover Qatar again, Aidarov added.

These projects have been selected taking into account the specifics of the Qatari investment policy and the reliability of Kazakh partners.

The negotiations have already begun in livestock farming and milk production in the Almaty region, mining and metallurgical complex and defense industry.

In addition, as part of the expansion of the tourist infrastructure, investors have raised a specific interest in the possibility of building tourist facilities in the Almaty and Mangystau regions.

During the visit, Kazakh delegation had talks with the Chairman of the Central Bank of Qatar, with the heads of national companies such as Qatar Sports Investments, Qatar Mining, Qatari Diar, Hassad Food, Widam, Katara Hospitality, Qatar Investment Authority and the Qatari Independent Global Association and other private investors.

Diplomatic relations between Kazakhstan and Qatar were established on Jul. 1, 1993. The countries have repeatedly reaffirmed their political will and interest in the development of friendly relations and mutually-beneficial cooperation.

Kazakhstan’s embassy in Doha was opened in May 2007 and was followed by the opening of a Qatari embassy in Nur-Sultan in May 2008.

The first official visit of the Emir of Qatar Sheikh Tamim bin Hamad Al Thani to Kazakhstan took place on Jan. 19, 2014. During the visit and talks with the First President Nursultan Nazarbayev, the sides signed the agreement on the avoidance of double taxation and the prevention of fiscal evasion in respect of taxes, protocol of the agreement, agreement between Qatar Petroleum and Tau-Ken Samruk Kazakhstan National Mining Company and the memorandum of understanding between the Qatar Investment Authority and the Samruk-Kazyna National Welfare Fund.