By Abira Kuandyk in Society on 14 February 2021

NUR-SULTAN – Tazy is one of the jety kazyna (seven treasures) of the Kazakh people. For centuries, this four-legged heirloom of the nation has been the most devoted friend and reliable counterpart to nomads. The distinctive features of tazy are the breeds rare delicacy and tact in relations with people, it’s innate aristocracy, amazing cleanliness, the ability to chase animals visually and intuitively using its incredible speed and endurance, says East Kazakhstan region branch head of the Union of Cynologists of Kazakhstan Elena Khardina.

Khardina, civil engineer by education, since the age of two dreamed of becoming a forester and having a horse and a dog. In 1990 she graduated from refereeing courses and in 1991 Khardina became a sports judge. She always kept her childhood dream alive.

“In 2006, at the exhibition, I saw tazy for the first time, they fascinated me with their beauty. Later I was invited to hunt with the tazy, and I just fell in love with this breed. These dogs have excellent eyesight, flair, sense of smell, agility and speed. They have excellent physical appearance, are extremely graceful and, on the whole, look perfectly proportioned,” Khardina said.

Tazys have a very soft and flexible character. Members of this hunting breed are very people-oriented and always become excellent companions. They never display aggression towards strangers, unless it is required by the situation, which makes the dog safe to keep in company. Tazys are playful, untiring on the hunt, but in everyday life they are rather phlegmatic, Khardina said. 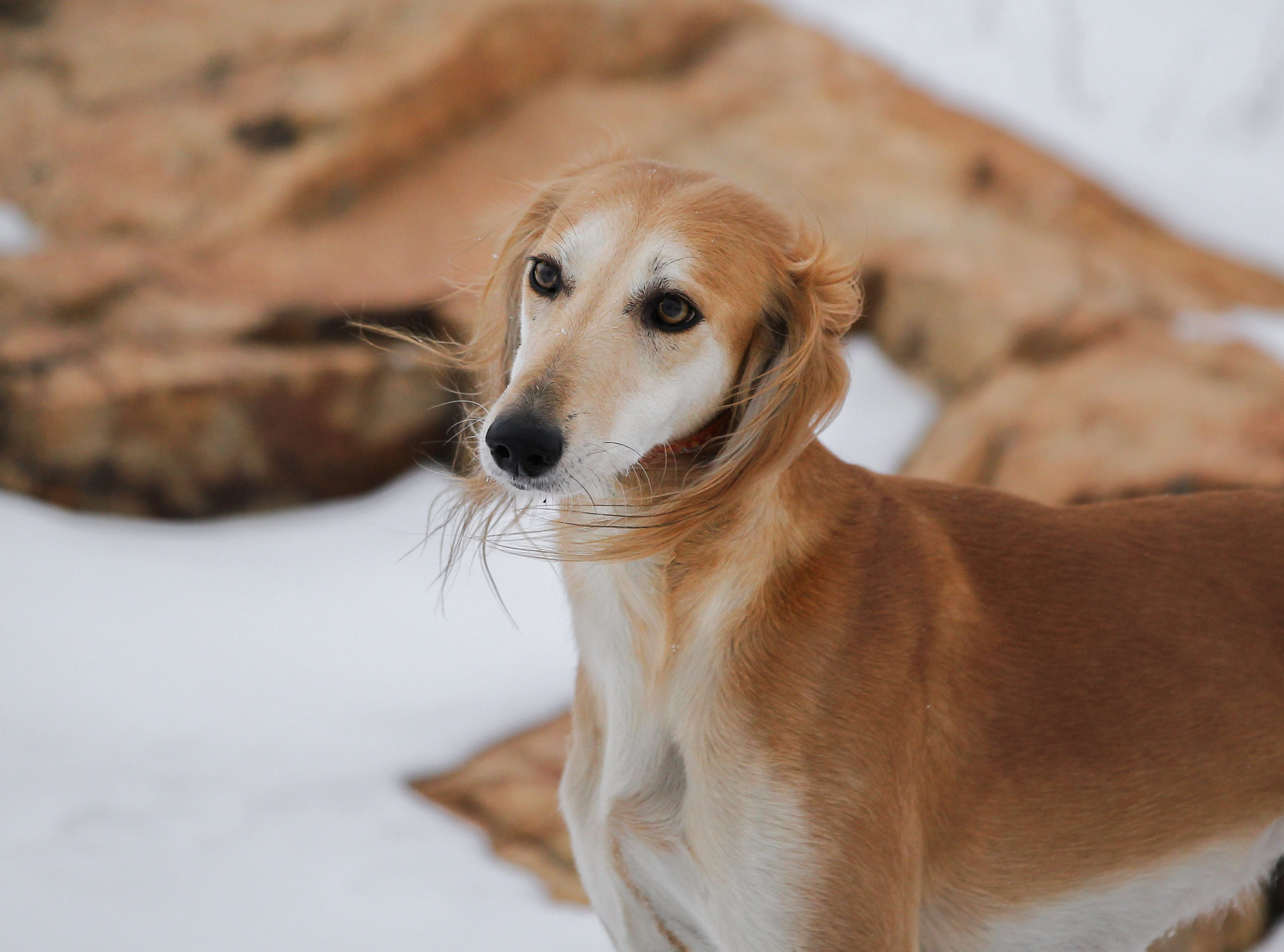 Tazys are used in Kazakhstan primarily for hunting and are considered one of the oldest dog breeds in the world. Tazys can run long distances at speeds of 12-15 kilometers (seven – nine miles) per hour.

“Tazys do not fight with other canine breeds, but they are leaders by nature and in any situation strive to take the lead. Light and agile, it’s not so easy to catch or frighten them. I long ago realized that this is my breed,” Khardina added. 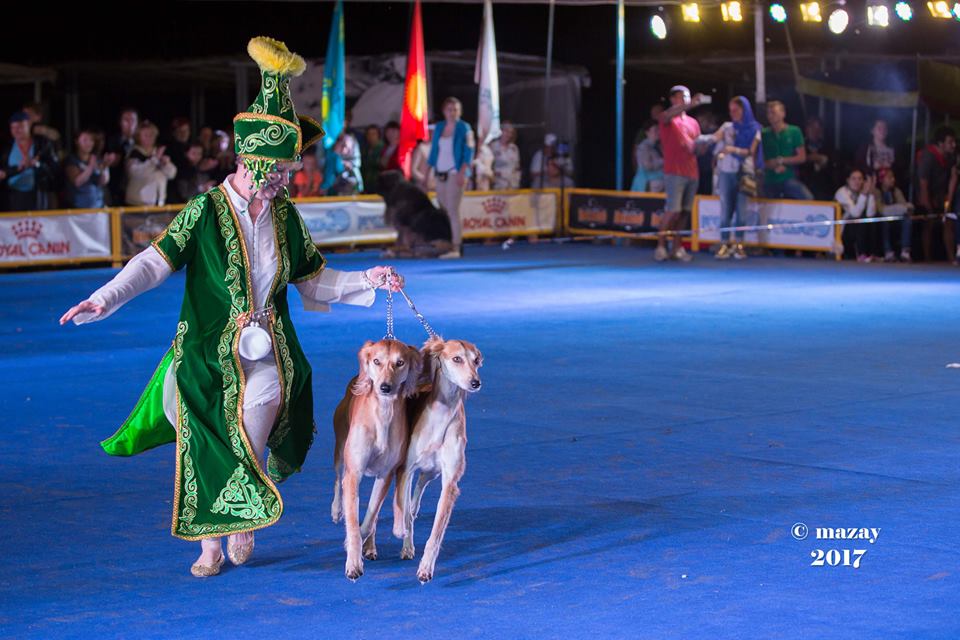 The most serious obstacle to widespread distribution of tazys in the near and far abroad is that the leading international canine organization, FCI (Fédération Cynologique Internationale) does not recognize this breed.

“For most dog breeders of the world, tazy still remains unknown. Today, one of the main tasks for the revival of the tazys are to breed livestock that meet the breed criteria, and to unite the efforts of breeders, clubs and nurseries working with this breed. Tazys are competitive. The question rather is if we can bring tazy to the level it deserves. Certainly, we need to put effort into ensuring that the breed takes its place in the international canine community,” said Khardina.

Kazakh Union of Cynologists, the only included within the International Cynological Association, needs to prove that tazy is the breed of the entire country by submitting documents for the registration of the breed. The union needs to collect about 1,000 tazy dogs, with 7 lines. This is not a lot for Kazakhstan and it is possible if every region of Kazakhstan unites, Khardina added. 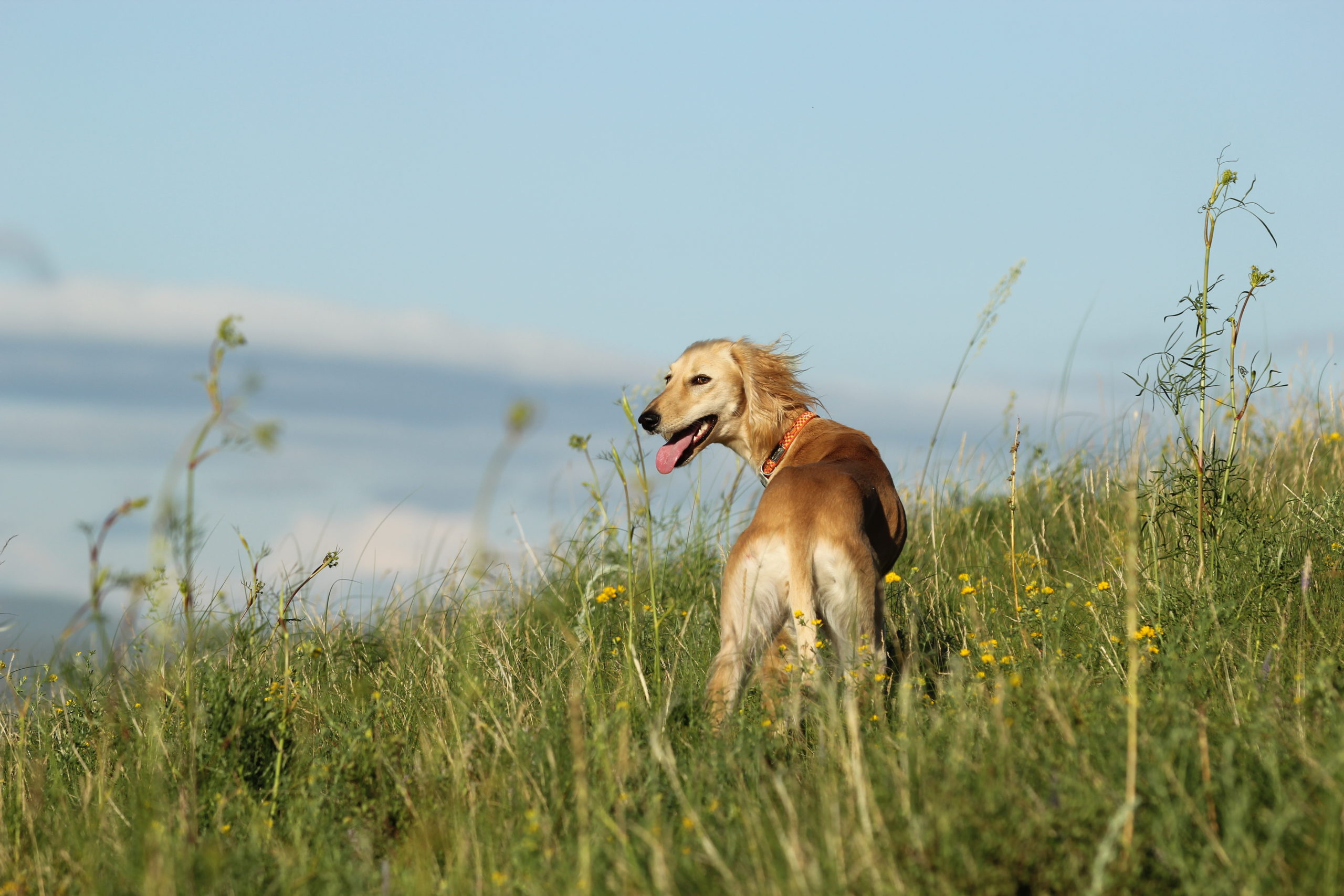 “People from Hungary have taken tazy puppies from me. She is popular due to her uniqueness, walks on bird, on game, very hardy, fast and vigilant,” Khardina said.

Tazy knows how to adapt, for example, in winter they have an undercoat, they dress because they need to survive in the country’s harsh climate. In the southern regions they would not need it. In summer they are all the same, the undercoat comes out and they are beautiful and smooth. They adapt well to climate.

Another outstanding quality is agility and intelligence. They are extremely hardy, follow horses, follow riders, and can hunt game, they can maneuver in rough terrain. It is fascinating to watch their play, Khardina added.