NUR-SULTAN – Kazakh President Kassym-Jomart Tokayev chaired the fifth meeting of the National Council of Public Trust that took place virtually on Feb. 25 which focused on five blocks of specific measures and initiatives in political and economic spheres worked out in cooperation with the council. 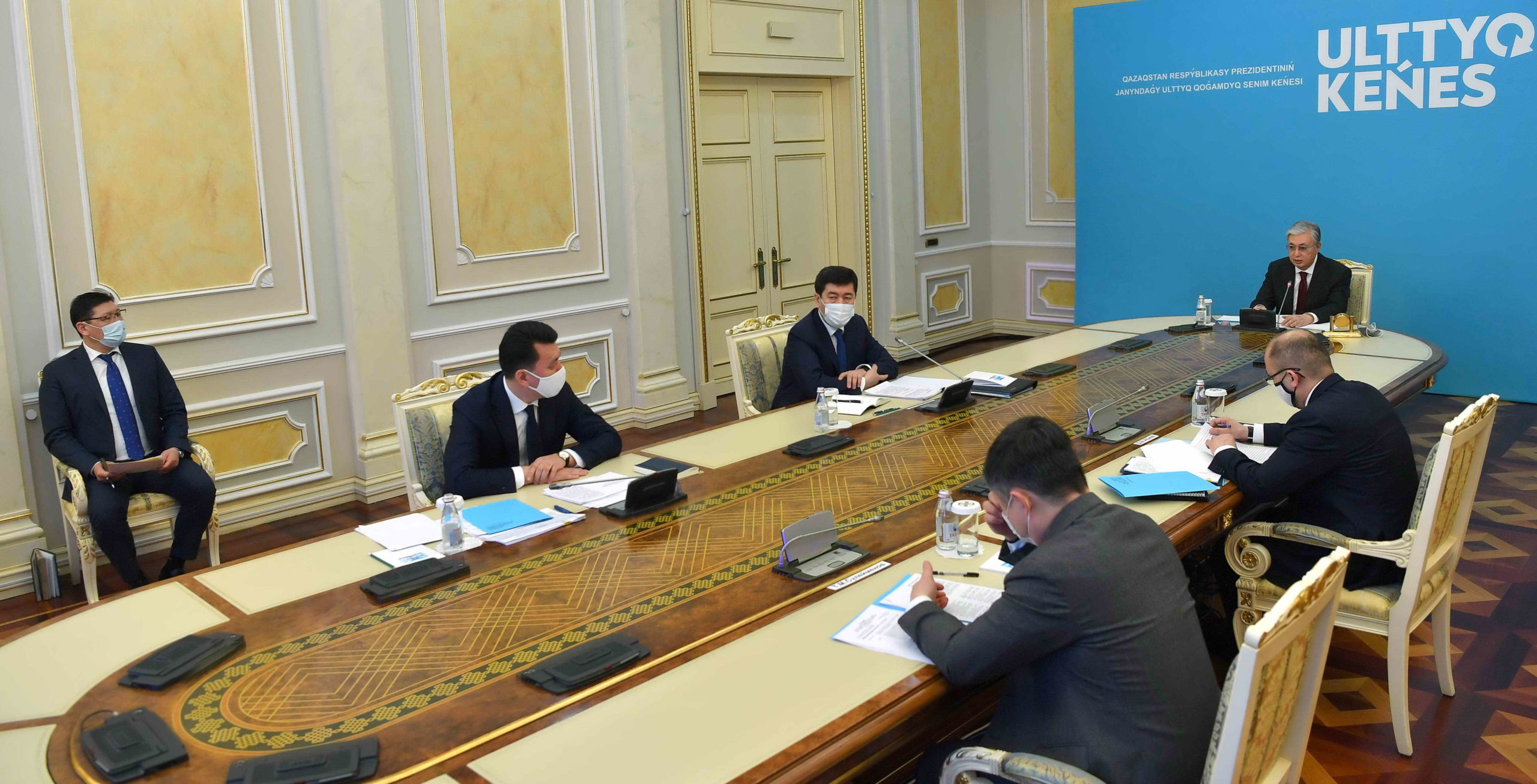 “With the suggestions of the National Council of Public Trust, Kazakhstan adopted 13 laws, and 9 more laws are being drafted. The council members have done a lot of work. Initially, the council began its work as an advisory body, and today it has become an important structure for proposing new reforms,” said Tokayev.

At today’s meeting, members of the council made several proposals. The council works on the principle of constant rotation, which allows new citizens to join. The government hopes they will contribute to the further revitalization of the council’s work, said Tokayev.

The National Council of Public Trust mobilized many citizens who work for the benefit of the country, he added.

“The Kazakh government is consistently implementing the strategy of modernizing the country, our priorities are unchanged, improving all citizen’s quality of life, strengthening the nation’s human potential, building a just society and an effective state. In the previous council meeting, I announced that the year of the 30th anniversary of independence will be marked by economic and political reforms, the development of education and healthcare, digitalization, the protection of human rights, and addressing environmental concerns,” said Tokayev.

Tokayev expressed his position on five blocks of specific measures and initiatives worked out in cooperation with the council. He highlighted the improvement of housing and economic policy, ensuring equal education opportunities, formation of an inclusive social environment, protection of human rights and the systematic implementation of political reforms.

One of the main conditions for improving the quality of life of the population is the provision of affordable housing, he said.

“In a month, thousands of Kazakh citizens have solved the housing issue by utilizing part of their pension savings. People were able to pay off the mortgage, reduce the size of their loan. This is one of the ways to build a just society. This decision was supported by the council back then,” said Tokayev.

Kazakh President also highlighted the importance of the formation of an inclusive public environment as well as systemic support for people with disabilities which is the characteristic of a progressive and socially responsible state.

“In current global practice, there are 14 global indicators developed by the Office of the United Nations High Commissioner for Human Rights. I propose to start a gradual introduction of national indicators for assessing the observance of human rights on their basis,” he said. 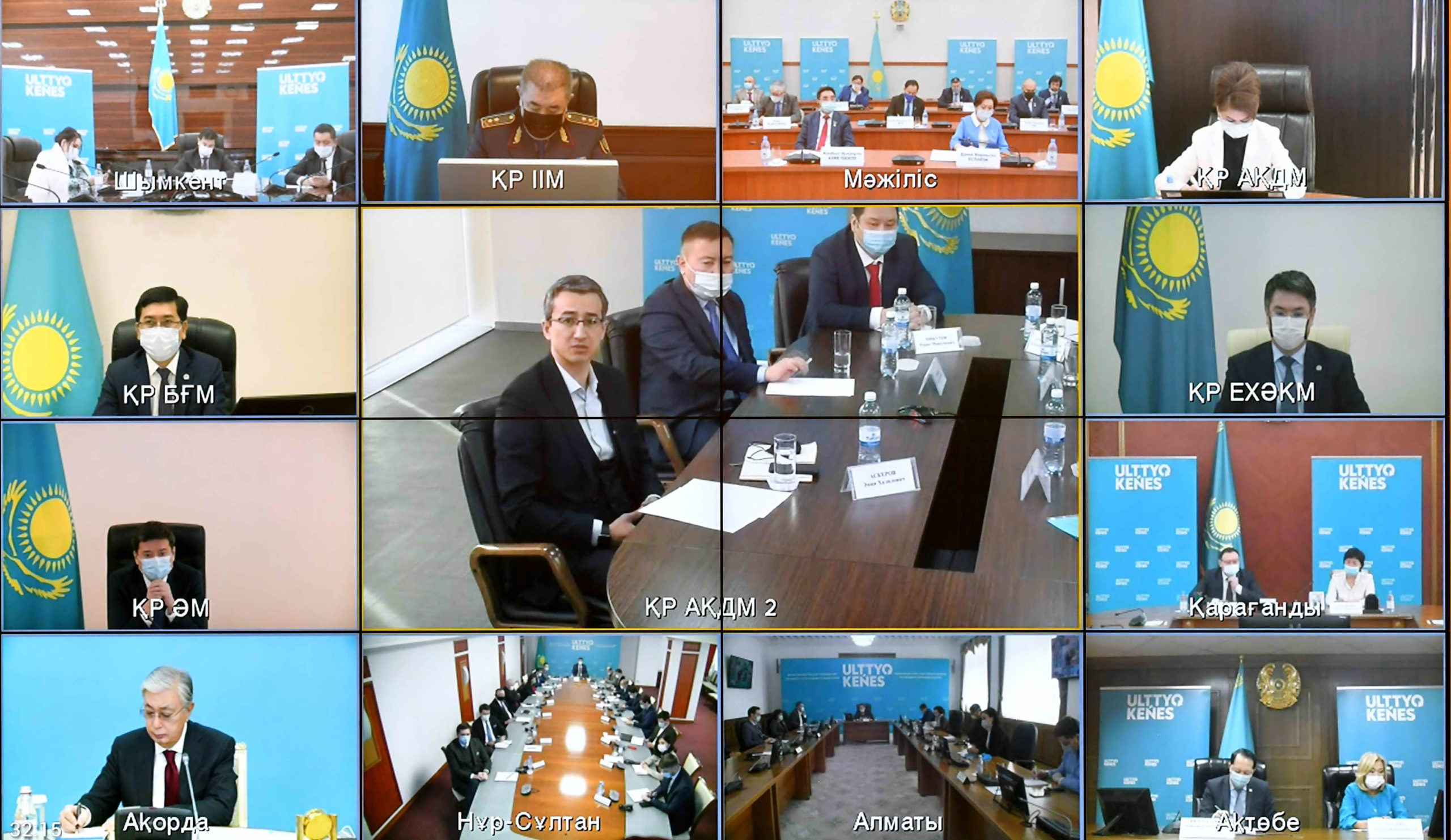 Political scientist Marat Shibutov, was among the first to speak on behalf of the council, he stated that the council’s work in political reforms is focused on three vectors. Based on the results of the group’s work in the legislative area, eight laws were adopted to abolish the death penalty, lower the threshold for registration of political parties, permits for peaceful assembly and direct elections of akims (city governors).

According to Aiman Zhussupova, expert of the Institute of World Economy and Politics (IMEP), the National Council of Public Trust is becoming a key platform which initiates laws and develops measures for the democratic development of the country and improvement of citizen’s lives.

“Among the President’s initiatives is the long-standing issue of improving the situation of citizens with disabilities. Earlier in Kazakhstan, experts proposed to look through the eyes of people with limited abilities, who often do not even have the opportunity to leave their home. In this context, the President’s proposal to resolve the issue of physical access for people with disabilities to infrastructure facilities is encouraging, “to bring these facilities in line with requirements, ensuring accessibility for all”, said Zhussupova.

The National Council of Public Trust was established in the summer 2019 by Tokayev to better facilitate public input in the formation of national policies. On September 6, 2019, Tokayev chaired the first meeting of the National Public Trust Council which took place in the Palace of Independence in Nur-Sultan.