By Abira Kuandyk in International, Kazakhstan’s Independence: 30 Years on 10 February 2021

NUR-SULTAN – India is one of the the first foreign countries visited by the First President Nursultan Nazarbayev in 1992 after gaining independence. In the almost 30 years of an independent Kazakhstan, India and Kazakhstan launched joint projects in energy, tourism, education, information technology, pharmaceuticals as well as in culture, said Indian Ambassador in Kazakhstan Prabhat Kumar in an interview with The Astana Times. 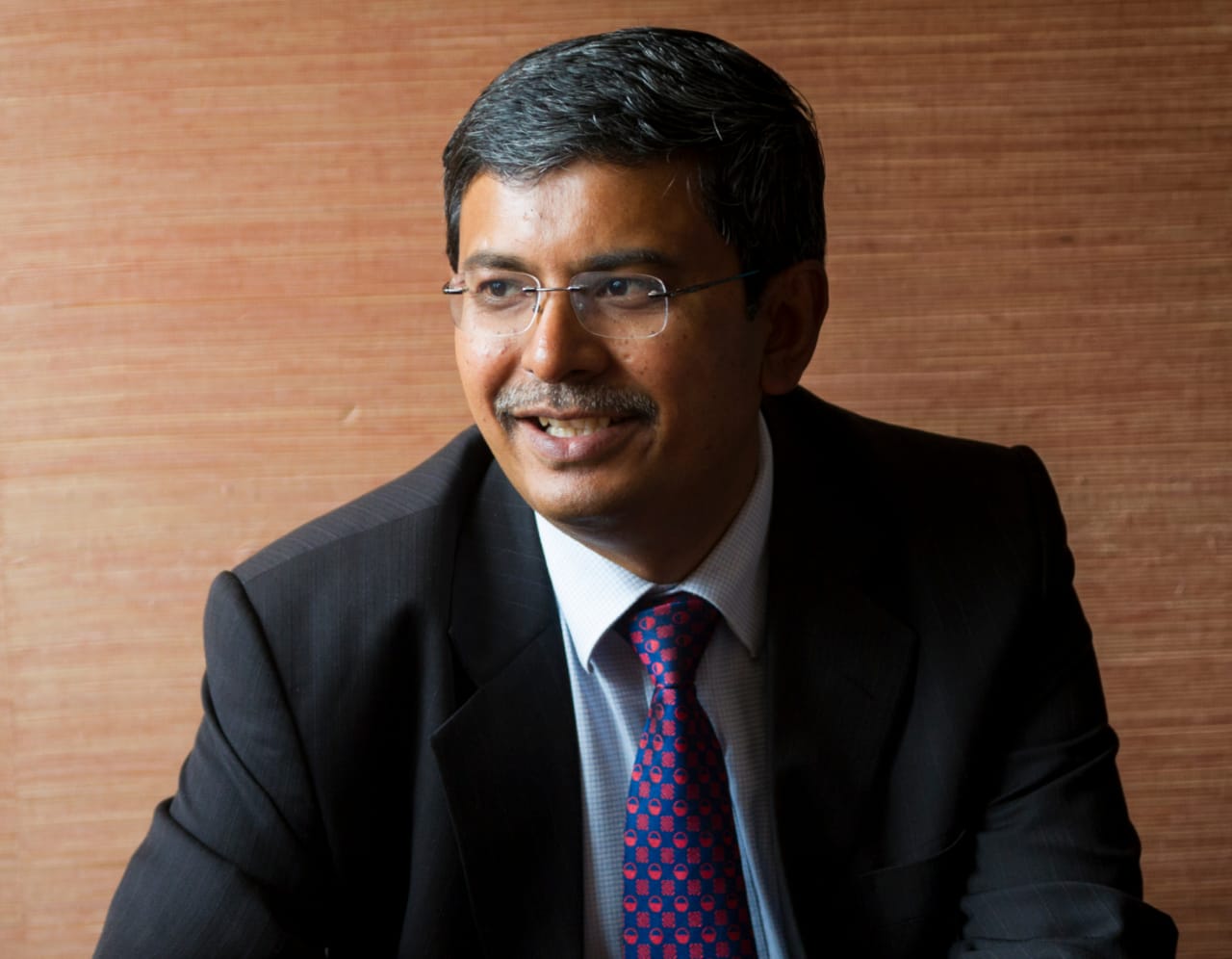 Kumar has congratulated the people of Kazakhstan with the 30th anniversary of the country’s independence coming this year.

With the great efforts of the leadership and the Kazakh people, Kazakhstan has emerged as a confident and self-reliant country on the world stage, said the ambassador.

The results of the extensive economic growth is visible in the infrastructure, which has improved by leaps and bounds and the rise in people’s standard of living. The overall social and educational conditions have also shown tremendous progress, added Kumar.

Kumar, who joined the Indian diplomatic service in 1991 and has served in his country’s embassies in Spain, Croatia, Permanent Mission of India in Geneva, Nepal and Colombia, said he “found Kazakh people full of love and affection and they here have excelled in hospitality.”

“I will always admire the simplicity, sincerity and the warmth of Kazakh people,” he added. “I traveled around and saw beautiful mountains, amazing lakes, developed cities and also the serene coast of the Caspian sea. The immensely warm and industrious people and the natural beauty of Kazakhstan have left deep impressions on my mind.”

The relations between India and Kazakhstan are ancient and historically trace back to more than 2000 years. There has been a constant and regular flow of trade in goods as well as an exchange in ideas and culture. The flow of Buddhism from India to Central Asia and Sufi ideas from Central Asia to India are such examples.

Diplomatic relations between India and Kazakhstan were established in February 1992. The Embassy of India was opened in Almaty in May 1992 and the Embassy of Kazakhstan in New Delhi in 1993.

In 2009, Kazakhstan and India signed a declaration on strategic partnership. There were numerous visit exchanges at the high level with regular frequency which illustrates the excellent relations between two countries.

Additional impetus came during the Indian Prime Minister Narendra Modi’s 2017 visit to Kazakhstan for the SCO Summit and the opening of EXPO 2017. Today, cooperation is rapidly developing with a focus on economic diplomacy.

The bilateral relations between Kazakhstan and India remain strong and continuously growing.

Kazakhstan is India’s largest trade and investment partner in Central Asia. The bilateral trade between two countries has increased by 27 percent in 2020 compared to 2019 and currently stands at US$2.37 billion.

There is a great scope for increasing it, said the ambassador.

India has a great interest in investing into key industries in Kazakhstan, especially in mineral resources including oil producing blocks. In addition, India is engaged in expanding cooperation in tourism and education, Kumar said.

India with an advanced information technology and pharmaceuticals sector offers promising cooperation in these areas. Similarly, Kazakhstan with vast oil, gas and mineral resources can offer partnership in the energy sector with India. 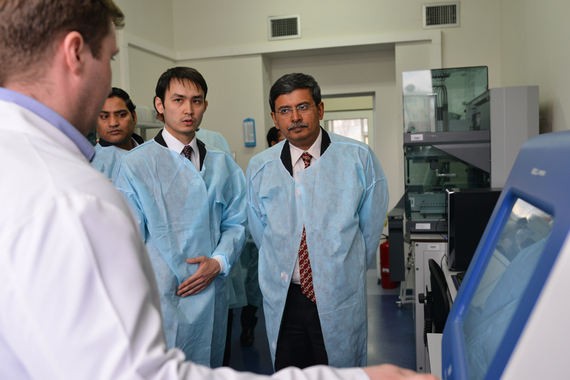 In addition, the two countries are at the forefront of the innovations and start-ups, thus, cooperation in these sectors can help countries advance towards social and economic goals.

India has a population of 1.3 billion and it is a great market for Kazakhstan’s agricultural and manufactured goods and services.

“One of the challenges that we face is connectivity. We are working with Kazakhstan for better connectivity between the two countries by land and sea route through ports of Chabahar and Bandar Abbas of Iran by further development of International North South Transport Corridor (INSTC) and also of the air freight corridor,” said Kumar.

India and Kazakhstan’s cooperation in the international arena

India also became the founding member of the Conference on Interaction and Confidence Building Measures in Asia, a process initiated by Kazakhstan. 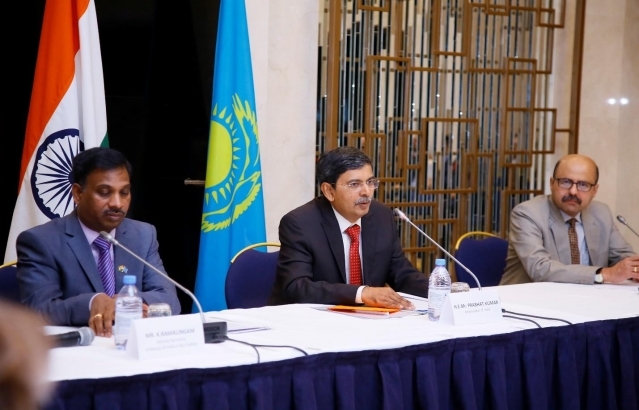 For economic development, under the mechanism of India-Central Asia dialogue at the level of Foreign Ministers, the grant assistance is offered in order to implement high impact community development projects in Kazakhstan and other Central Asian countries.

“Under the same mechanism, we have also offered a loan line worth US$1 billion to all the five Central Asian countries for priority developmental projects in communications, energy, IT, healthcare, education, agriculture,” said Kumar.

In September 2020, the foreign and defense ministers of Kazakhstan and India met on the sidelines of the meeting of Council of Foreign Ministers of Shanghai Cooperation Organization in Moscow. Currently, the Kazakh Air Defence Forces Chief is visiting India for bilateral consultations as well as for the Aero India 2021 exhibition held Feb. 3-5.

Several events took place in a virtual format including the Joint Working Group on Space, Trade and Economic Development and a meeting of the India-Central Asia Joint Business council.

“One of the previous projects include the establishment of India-Kazakhstan centre of excellence in information technology at the Eurasian National University in Nur-Sultan in 2015. The centre has trained more than 1500 students. Currently, we are working to upgrade the installed supercomputers at this facility,” said Kumar.

In addition, the Indian technical and economic cooperation scholarship gave opportunities to school teachers to attend leading English and Foreign Languages University in Hyderabad, India and learn the English language. Around 50 teachers have attended these courses. The embassy plans to send 25 teachers every year as part of this project.

Similarly, the embassy has organized training in cyber-security in facilities in India. Within Indian technical and economic cooperation, Kazakh citizens have also received courses in frontier areas such as remote sensing and the fabrication of nano-satellites, noted Kumar.

The embassy offers scholarships for graduate and post-graduate courses in the leading universities of India.

India and Kazakhstan also enjoy close cultural relations that manifest in the popularity of yoga, films, hindi language, dance and music in Kazakhstan – all of which are offered by the cultural wing of the embassy.