NUR-SULTAN – Kazakhstan’s forest area has reversed its decline and increased by 188,000 hectares in 2020. The country’s forest cover is expected to reach 5 percent by 2030, said the Kazakh Vice Minister of Ecology, Geology and Natural Resources Yerlan Nyssanbayev at a recent ministry meeting. 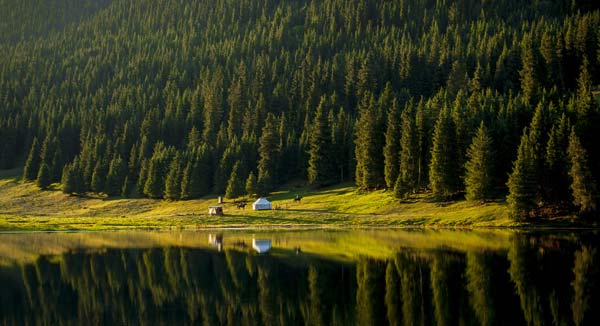 Nyssanbayev shared the results of the work for 2020.

“As part of the execution the head of state’s order on planting two billion trees in the forest fund within 5 years, the Ministry of Ecology, Geology and Natural Resources in cooperation with akimats (regional administrations) have developed and approved comprehensive plans for forest procreation and afforestation by regions,” said Nyssanbayev.

The largest volumes of forest planting are expected in the Turkestan, Kyzylorda and Zhambyl regions, as well as on the territory of the Semey and Ertis Ormani forest reserves, added Nyssanbayev.

According to the Minister, 1.7 billion trees will be planted in the area of 842,000 hectares in five years with the joint efforts of environmental institutions, the Committee for Forestry and Wildlife, the Ministry, forest protection institutions and regional akimats.

The private sector expects to plant on an area covering more than 45 thousand hectares, with more than 290 million planted trees. These measures will bring Kazakhstan’s forest cover to 5 percent by 2030.

Nyssanbayev said that illegal logging was reduced by 25 percent in 2020, but the volume of illegally cut wood has increased.

“In order to increase the penalties for illegal logging, destruction and damage of trees, the government has initiated amendments and additions to the current legislation by increasing fines and toughening sanctions against violators,” he said.

One of the major results in 2020 was the development of a draft law on forestry management.

In addition, the development of ecological tourism in national parks is a priority on the agenda.

The plans also focus on the development of the Green Kazakhstan national project aimed at forestry development and biodiversity preservation.