NUR-SULTAN – The Kazakh Capital of Nur-Sultan will open and renovate thematic squares which will be named after the teachers, doctors and rescuers who were at the frontlines in the fight against COVID-19, announced Nur-Sultan Akim (Mayor) Altai Kulginov on his instagram page on Jan. 28, the city’s press service reported. 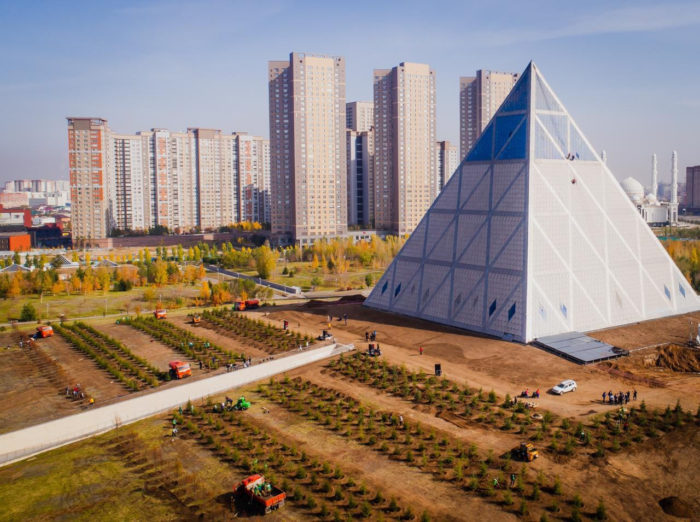 The Palace of Peace and Reconciliation’s territory. Photo credits: astana.gov.kz.

“The pandemic has shown us the importance of taking care of health and doing sports. Our medical workers, teachers and many others have been at the forefront in the fight against COVID-19. We plan to open and improve thematic squares, which will be named after our teachers, doctors and rescuers,” said Kulginov.

Kulginov also noted that there will be significantly more green areas in 2021. 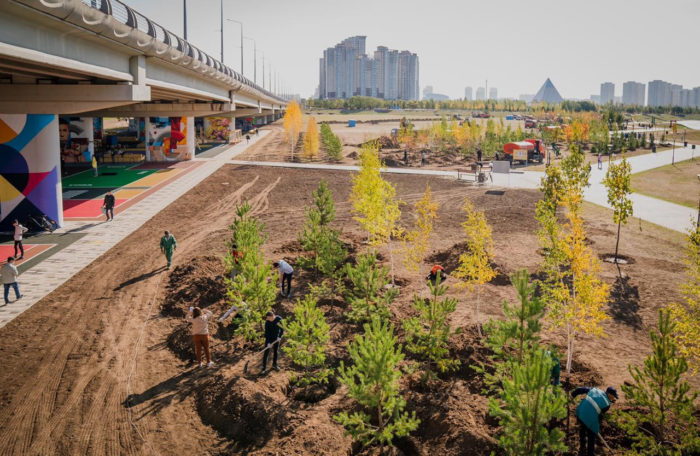 “In order to improve the ecology and create comfortable places for the citizens to spend leisure time, we will continue the concept of large-scale landscaping of Nur-Sultan. In addition to planting trees in yards and public spaces (parks, squares, boulevards), we also plan to plant trees and make greener the territories of Kazakh Eli square, around the territory of the Palace of Peace and Reconciliation, railway station, airport, shopping and entertainment center and parking spaces,” he added.

According to the head of state’s mandate, greening the city will be a special project this year. In 2021, about 120 thousand green spaces (trees, shrubs, hedges) are planned. There are over 450 thousand seedlings in the capital’s green belt. 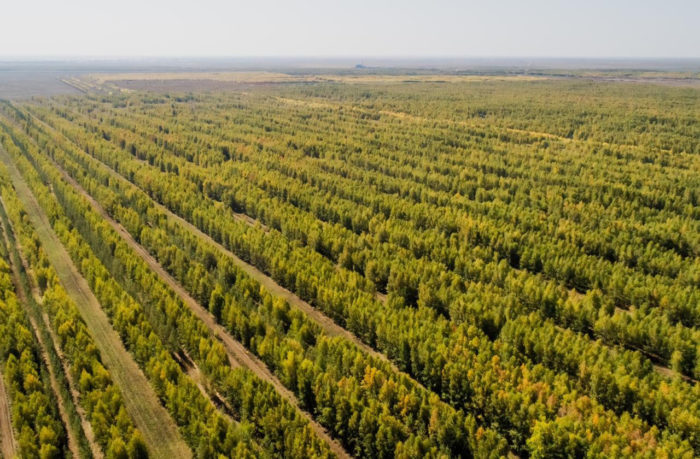 The Green Belt planted around the city of Nur-Sultan. Photo credits: astana.gov.kz.

The city will sparkle with new colors. We will make every district of the capital beautiful, Kulginov added.

“As First President Nursultan Nazarbayev noted, the general plan for the capital is a symbiosis of buildings, greenery and forests,” he said.

“We will continue this idea: we will organize subbotniks (Saturday volunteer environmental activities), eco-campaigns with citizen’s participation. Everyone can contribute to making our city greener,” Kulginov added.