The Case for Democracy

Kazakhstan and Kyrgyzstan both hosted the Parliamentary democratic elections on January 10. That is an auspicious day in history. On the same date in 49 BC Julius Caesar defied the Roman Senate and crossed the Rubicon, uttering “alea iacta est” (the die is cast), and signalling the start of a series of events which would lead to his enduring appointment as Roman Emperor. 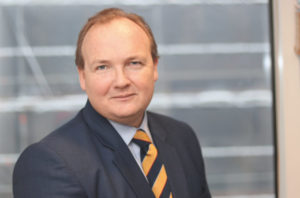 As usual, the West has already written off the elections, suggesting they will not be ‘free and fair’: Oh what rich irony. Recently journalists in Africa began to write about rigged elections by corrupt autocrats who made their friends rich, and pardoned criminal allies – and they weren’t writing about any African nation. Indeed, the President of the United States has suggested that recent elections in the US, the self-proclaimed home of democracy, are not free and fair.

Fortunately for Kazakhstan, the election observers, those men and women tasked with determining the validity of the elections, came from over 40 countries under the auspices of the Election Observation Mission of the Office for Democratic Institutions and Human Rights (ODIHR) of the Organisation for Security and Cooperation in Europe (OSCE).

The OSCE is an interesting body when it comes to democracy, with the head of its Parliamentary Assembly being the UK’s Baron Bowness, an unelected member of the House of Lords.

The OSCE’s recent work on Kazakhstan’s Presidential Election was led by Urszula Józefa Gacek, born in Lancashire, England and now a Polish politician and former member of the European Parliament. Poland has again fallen in the annual index of democracy compiled by Freedom House, and becomes only the second EU member state to lose its full democratic status. The other, Hungary, lost its “consolidated democracy” rating years ago and has now fallen far enough to no longer be classified as a democracy at all.

Never fear though, the European Union also sent its panjandrums – thank goodness. The EU Commission is the guardian of the treaties and enforces EU law. More importantly, this means it is the Government of Europe which has the sole right to propose the laws. The Commission is made up of 28 unelected commissioners. Each commissioner has a specific policy area in which to create laws. The Commission has a President; unlike the other 27 commissioners she is personally elected by the European Parliament, however, hers was the only name on the ballot paper; not exactly democratic.

And it is these people who are being asked to determine the democratic nature of Kazakhstan’s elections. This is in no way a criticism, and the OSCE does wonderful work around the world. Rather it highlights how difficult it is for a pioneering nation like Kazakhstan to know who it should use to assess its transition to full democracy, and the appropriate period over which that transition should occur.

And it was this that led me to thinking about the value of democracy as a whole, especially in emerging and frontier markets.

If that is right, why are we seeing democracy and the number of democratic nations declining, and why are some of the world’s leading and fastest-growing economies far from democratic?

As Gary Becker has written, “Visionary leaders can accomplish more in autocratic than democratic governments….. In the late 1970s, Deng Xiaoping made the decision to open communist China to private incentives in agriculture, and in a remarkably short time farm output increased dramatically.” Autocratic rulers in Taiwan, the UAE, South Korea and Singapore produced similar quick turnabouts in their economies by making radical changes that usually involved a greater role for the private sector and private business.”

Of course, the other side of autocratic rule is that badly misguided strong leaders can cause major damage: Mao’s Great Leap Forward for example.

So democracy is more of a leveller than an accelerator? That is, it constrains the ability of visionary leaders to achieve growth, but also constrains the damage that can be done by a bad leader. It is to economic growth what Khao Chae is to food, nutritious but bland.

Those who advocate for democracy traditionally link democratic nations with economic growth. However, that link is far from well established.

In research undertaken by Julia Ruiz Pozuelo, Amy Slipowitz and  Guillermo Vuletin entitled ‘Democracy does not cause growth’, they found that ‘democracy, unfortunately, does not seem to be the key to unlocking economic growth’.

What is clearer is that democracies produce less variable results than autocracies: not as many great successes, but also fewer prolonged disasters. Since the bad outcomes tend to produce more damage than the good ones, fewer variable outcomes would be an attractive feature of democracies compared to autocracies, even if democracies on average did not produce greater economic growth.

Comparisons between the effects of these different systems of government on economic growth are muddied by the fact that personal freedoms usually increase substantially under autocracies that have been growing at a fast pace. China is an excellent example. Although China has remained a one-party autocratic system since it started growing rapidly 30 years ago, the degree of personal freedom has expanded enormously. Personal freedoms in China did not exist in the 1970s, shortly after the economic reforms had begun. Now the contrast is simply amazing.

So, is it the will of the people of Kazakhstan to be Khao Chae, or Kumis? To follow the vision of its leaders towards an accelerating pace of change, or play it safe and steady?

There is no doubt that Kazakhstan would not have achieved a fraction of its current success if it wasn’t for the vision and wisdom of its transitional leaders, and it has so much more it will achieve with clear direction. The pace of change, and the ability to implement it, will be determined by the extent to which Kazakhstan adopts the broadest form of democracy – the China vs India argument. And that is a decision not of outside observers and commentators, but of the Kazakh people themselves. People with a proud tradition and an ability to decide their own future and what is right for their nation.

The author is Mark Beer OBE, the co-founder of Seven Pillars Law in Kazakhstan, a visiting fellow at Oxford University, a visiting professor at Shanghai University for Political Science and Law and an investor in technology start-ups around the world.