NUR-SULTAN – Plans for 2021 have been set for the Kazakh government, as Kazakh President Kassym-Jomart Tokayev outlined priorities and gave instruction to the cabinet, the Akorda press service reported. 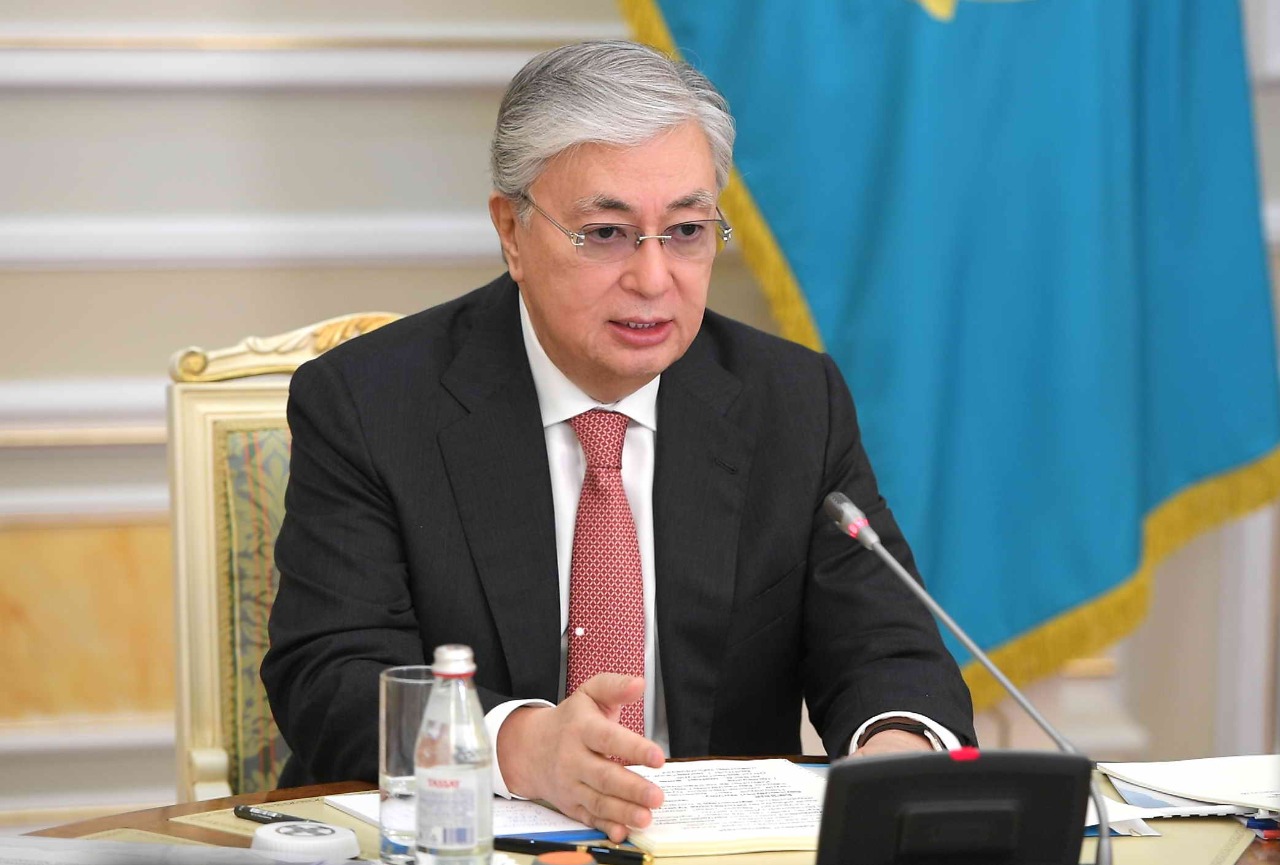 Supporting an economy that suffered from the coronavirus pandemic is the first priority.

“Businesses were hit by the pandemic and quarantine restrictions as well as by disruption of trade relations. Many large enterprises reported declining business activity. Small and medium-sized businesses also suffered a lot. Last year, a number of anti-crisis measures were taken. As you all know, they were large and implemented quickly,” said Tokayev.

Tokayev instructed the government and the National Chamber of Entrepreneurs to analyze the effectiveness of state support measures provided to businesses, with a focus on small and medium sized enterprises that employ one third of the population.

The government was also tasked to work on a bill aimed at addressing the main issues hindering fair competition by Jan. 1, 2022.

“The country’s economy suffers not only from the heavy presence of the state, but also from the uncompetitive actions of private monopolists, including those created by the state,” he said telling the newly created Agency for the Protection and Development of Competition to analyze the feasibility of these structures.

Tax administration should also be simplified, he noted. “We must consider the possibility of exempting individual entrepreneurs from tax reporting if they use online cash registers and POS-terminals,” said Tokayev.

The Agency on the Fight against Economic Offenses will be created in Kazakhstan to address the shadow economy.

Over the past year, two new agencies were created in Kazakhstan – the Agency on Strategic Planning and Reforms and the Agency for the Protection and Development of Competition. The new agencies are meant to support the country’s reforms.

Speaking about Kazakhstan’s employment and business programs, Tokayev pointed out the discrepancy between the numbers on paper and in reality.

“The number of citizens who are employed only on paper is growing. Information about one person is repeatedly entered into the unified information system. 15,000 such cases were registered. One third of those who claimed to be employed did not pay money to the pension fund. (…) In general, about 40 percent of the employed population are left in the shadows,” said Tokayev.

He emphasized the need for a major reform in the country’s investment approach citing the lack of coordination between government agencies and national companies Deputy Prime Minister and Foreign Minister Mukhtar Tileuberdi was tasked with submitting proposals on how to reform the investment system by the end of February.

“A clear example of low efficiency is our free economic zones. I have already said this, but I have to repeat the point. Today there are 13 special economic zones (that offer preferential terms to do business) and last year there was a suggestion to create two more. At the same time, their occupancy remains low – 52 percent of the possible total,” said Tokayev.

Digitisation has long been on the national agenda. The country has a Digital Kazakhstan program aimed at digitisating public services, increasing the population’s access to broadband internet and improving people’s digital literacy, among other goals.

“The lockdown (in 2020) showed that many tasks have not been addressed in this area. Last year, I set forward the task to raise the level of digitization of public services to 90 percent and according to reports, it has reached 93 percent. But it is not only about the percentage, but also about the real use of the most demanded services in the country. Today 70 percent of citizens have a smartphone. The largest banks and internet sites are also rapidly growing, backed by mobile services,” said Tokayev.

But as digital technologies are becoming more a part of people’s lives, it is important, he noted, to give consideration to the protection of personal data. “That is why it is necessary to adopt the necessary legislative changes to personal data and its protection by the end of the year,” he added.

Only 48 percent of the country’s population is satisfied with the current environmental situation, said Tokayev.

“A new Environmental Code was adopted. This is a systematic and comprehensive document that takes into account the needs of people and meets advanced international standards,” he said.

During the meeting, he instructed the government to prepare the Green Kazakhstan national program for 2021-2025.

Reforms must take place at a faster pace as Kazakhstan will celebrate the 30th anniversary of its independence, said Tokayev.