NUR-SULTAN – The Majilis, a lower house of the Kazakh Parliament, voted to approve the candidacy of Askar Mamin for Prime Minister at the first plenary session of the Majilis of the seventh convocation on Jan. 15, Akorda press service reported. 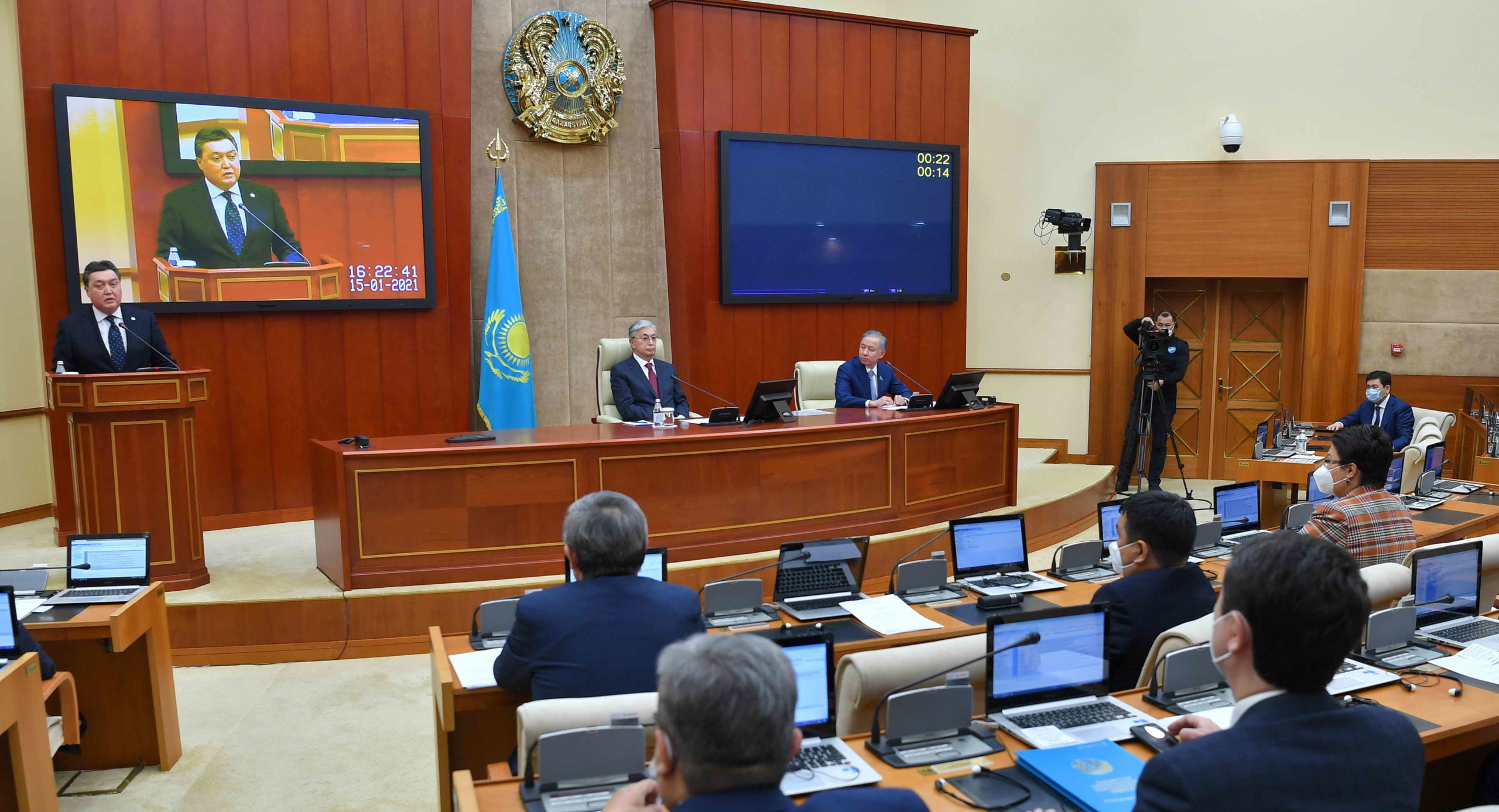 President Tokayev proposed Mamin’s candidacy. Commenting on his decision, the head of state noted Mamin is a qualified and experienced civil servant, and hardworking, demanding and decent in work.

Mamin served as the first deputy prime minister for more than two years. He also headed Kazakhstan Temir Zholy, the country’s national railroad and logistics company, for eight years, and had previously been the akim (mayor) of Kazakh capital Nur-Sultan and the Minister of Transport and Communications.

“He understands our goals well. His notable work in the government is clear evidence of this,” said Tokayev.

Mamin, who has been leading the government since February 2019, thanked the head of state and the deputies for their trust.

“We are facing important tasks and goals for the country’s socio-economic development. Today, the president has identified and announced the main plan for the country’s development, focusing on the most essential – improving the quality of life, population welfare and increasing incomes. These tasks will be achieved by increasing the economy’s growth. The government will take effective measures to attract investments, implement new technologies and create new jobs, including measures in a number of other areas. To implement these strategic tasks, the government will work effectively and in collaboration with the parliament,” said Mamin.

Serik Shapkenov, 41, has been appointed the Minister of Labor and Social Protection, previously serving as deputy minister.

“I hope they will handle the serious tasks they have been assigned,” said Mamin welcoming the new ministers at a Jan. 19 government meeting.