By Aidana Yergaliyeva in Nation on 8 January 2021

NUR-SULTAN – As of Jan. 8, the Kazakh Central Election Commission (CEC) has received 104 appeals from individuals, legal entities, and press since the Oct. 21 announcement of the parliamentary elections. Most of the appeals requested clarification of the electoral legislation, the rest asked for information on electoral processes, offers, statements, among other issues. 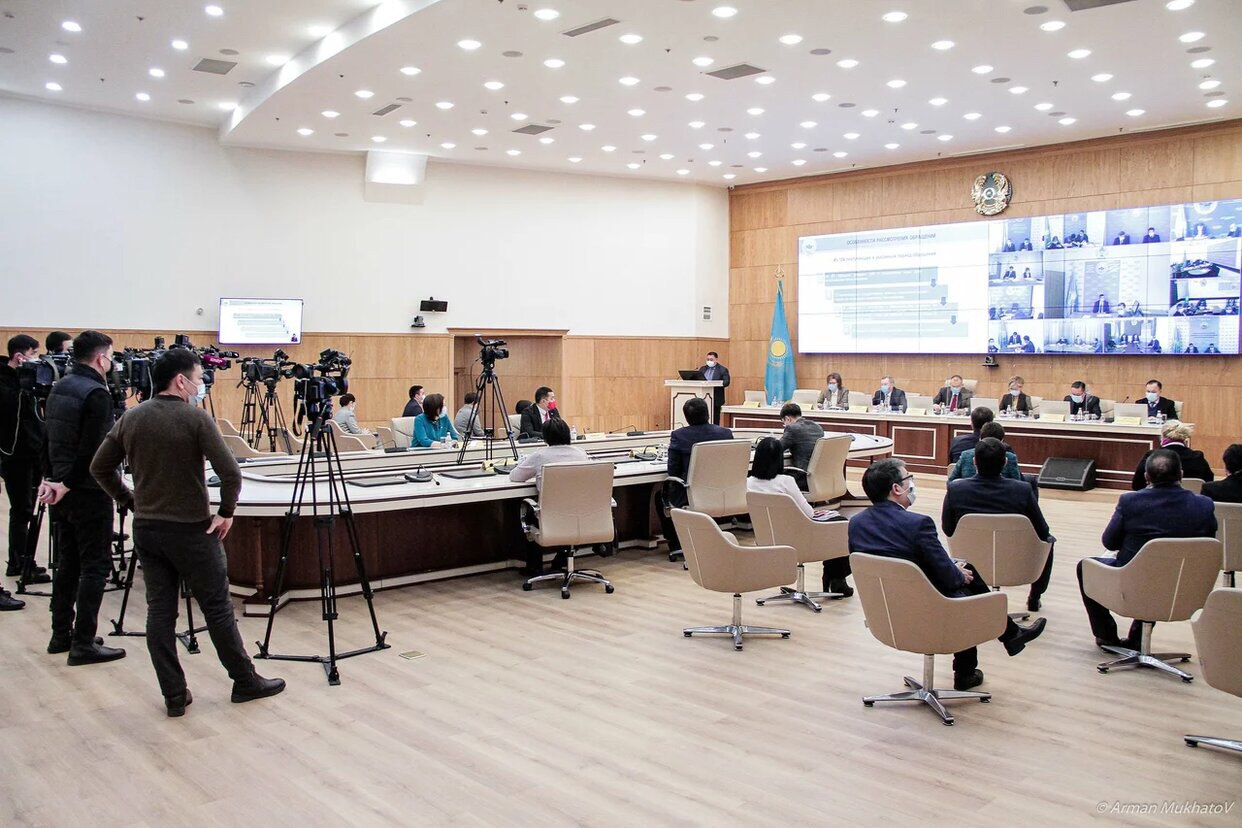 The CEC realized the need to focus on the legal education of voters and other participants in the electoral process after numerous appeals, CEC member Yerlan Dauylbayev said at a Jan. 8 commission meeting. The commission, thus, adopted a Nov. 26 resolution that systematized explanatory work collaborating with other Kazakh state bodies.

As part of the resolution, the commission prepared posters, video and audio, among other info materials, and promoted them throughout Kazakh media. The CEC also launched online services and call centers explaining procedures for temporarily registered citizens on voter lists. Call centers and the online services of local executive bodies received more than 381,500 appeals.

As of Jan. 8, the CEC processed 81 appeals, redirected 12 to more competent and relevant state bodies, and left six without consideration for lack of essence of an issue. The rest of the requests are being processed. The commission updated information on appeals from individuals and legal entities at four CEC meetings after candidate nominations, party lists registration, as well as after election campaigns.

The Kazakh Ministry of Justice has also been providing legal advice through its 119 call center since Dec. 10. As of Dec. 31, the ministry’s call center received 1,129 applications, most of which were requested to clarify electoral legislation, while a third of the requests were for contact information on territorial election commissions.

CEC Chairperson Berik Imashev stressed that local executive bodies must take measures to provide material and technical support for the next elections in accordance with the Oct. 21 presidential decree.