By Aidana Yergaliyeva in Nation on 6 January 2021

NUR-SULTAN – The Kazakh Central Election Commission (CEC) held 5,180 training events for election commission members and other participants integral to the electoral process during the campaign for the upcoming parliamentary elections in Kazakhstan, CEC Secretary Sabila Mustafina announced at a Jan. 5 CEC meeting. 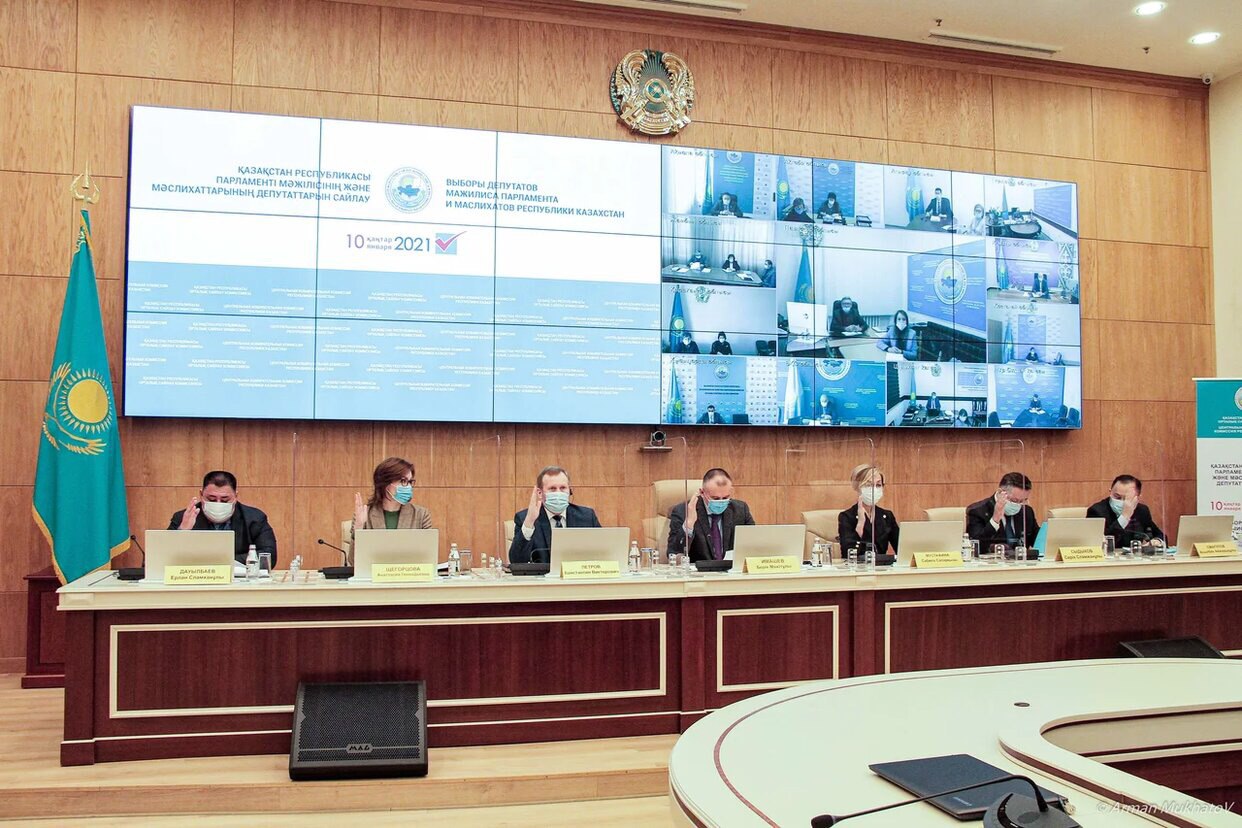 The CEC held the training in two stages – at the CEC and regional levels. At the CEC level, the commission held 40 seminars that trained 1,007 members of territorial election commissions and 1,454 other participants. At the regional level, the CEC organized 5,140 events for 148,062 participants. Part of the seminars and lectures were held online, part in small groups.

The CEC developed two educational and methodological complexes for trainees. The two models had test tasks with 105 case studies and 420 questions in the Kazakh and Russian languages.

In addition to the seminars, the CEC published a training film “Election Day” and three methodological manuals for election commission members and other participants. The commission also prepared a memo and a stencil for people with disabilities, as well as seven information posters for voters, training, and informational-explanatory videos for all categories of participants in the electoral process.

The CEC organized two seminar-meetings with representatives of the Kazakh Ministry of Foreign Affairs and distance interactive training for commission members of polling stations located at Kazakhstan’s representative offices in foreign countries.

The CEC members held a virtual seminar for representatives of 470 public and non-profit organizations, including political parties on a legal basis to observe elections at the website of the Academy of non-government organizations (NGOs) under the Kazakh Ministry of Information and Public Development.

The commission also organized large-scale virtual training classes for 179 judges, 136 prosecutors from all regions of the country, and 50 journalists. on top of that, a virtual olympiad for university students on the world’s electoral systems covering 114 young voters from 27 universities.

The CEC broadcasted all its meetings with sign language interpretation live. However, due to the pandemic, the press participated via video calls only.

CEC Chairperson Berik Imashev stressed that electoral training is one of the important components of the electoral process and the CEC has done a lot of positive work in this area.