NUR-SULTAN – Kazakh President Kassym-Jomart Tokayev instructed the government to prepare a road map for volunteer development and the volunteer training program during the closing ceremony of the Year of Volunteer in Kazakhstan, reported Akorda press service. 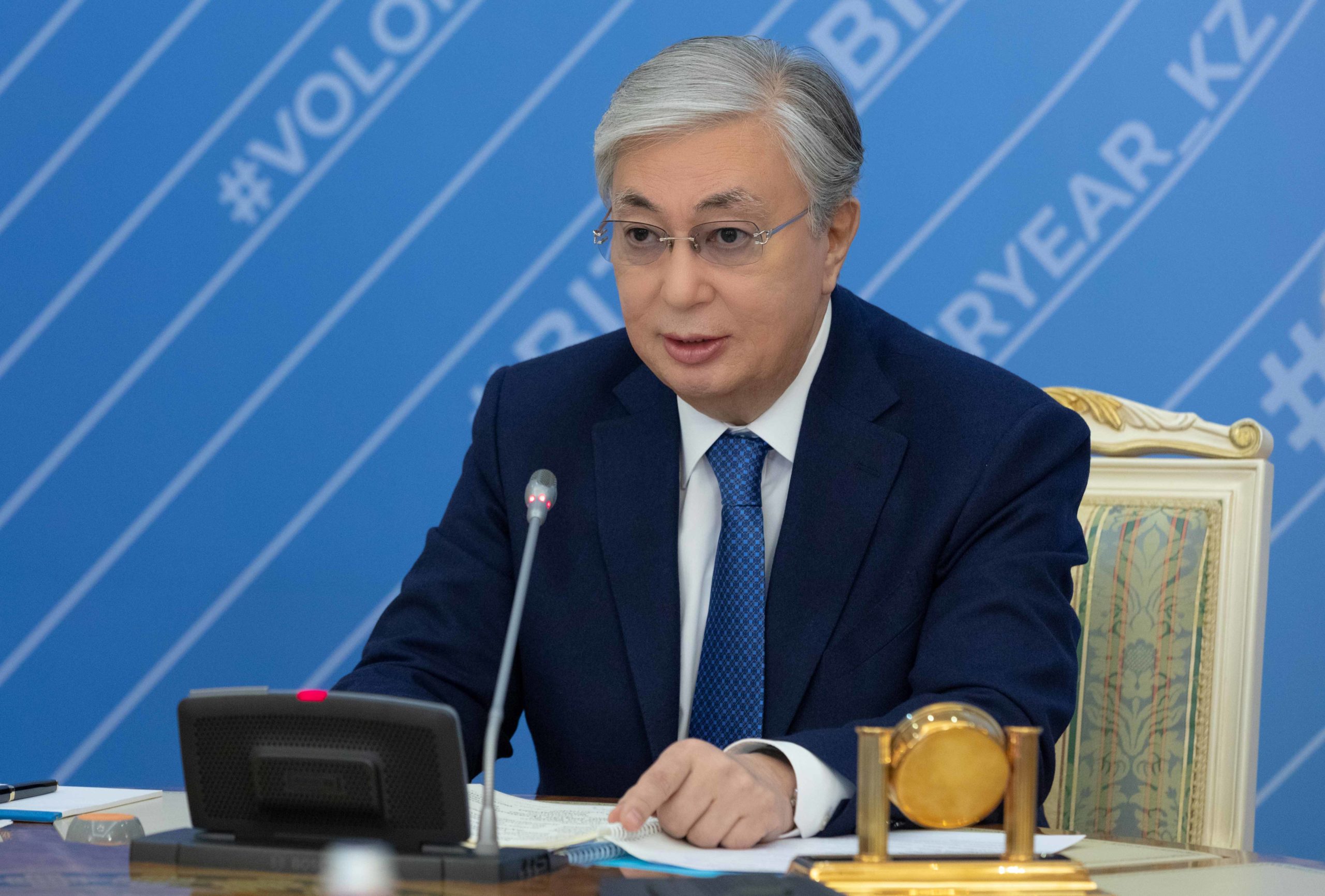 “Volunteering is not just a social phenomenon, a habit, or skill that is developed overnight. It is a way of life that has been consciously chosen by many people.  Charity is a quality that a person has been instilled since childhood. That is why it is crucial to foster a sense of willingness to do good among the younger generation,” said Tokayev as he addressed the online gathering attended by volunteers from all over Kazakhstan and government officials.

He proposed creating classes in all educational institutions to raise kind-hearted children that teach them to serve society.

Tokayev believes the volunteer year, which was declared in August 2019, was successful. More than 100,000 people were involved in volunteering over the year showing mercy and compassion in the process.

“The volunteer year was a special one and it showed the true noble qualities of our young people. It was a time of compassion, responsibility and care. We helped those in need and we fought together against various difficulties. Our society has confirmed its commitment to moral values. The pandemic that has spread around the world has clearly demonstrated how important mercy and kindness are. The dangerous virus tested not only people’s health but also our unity. And we passed this test keeping our unity and consent intact,” said Tokayev as he addressed the online gathering attended by volunteers from all over Kazakhstan and government officials.

He mentioned a nationwide campaign called Birgemiz (We are Together in Kazakh) that provided financial and non-financial support to nearly 2.2 million Kazakh citizens.

“The Qamqor (care in Kazakh), Saulyq (health) and Sabaqtastyq (continuity) projects launched under the initiative have helped hundreds of thousands of our citizens. The Taza Alem (clean world in Kazakh) volunteer movement to clean up rivers, forests, plant trees and sort waste has received a broad and enthusiastic public response. Eco activism is not a trend, but an urgent necessity and a vital principle that will allow us to preserve nature,” said Tokayev.

Government bodies and research centers should be more efficient in using the resources offered by volunteers.

Tokayev stressed the importance of comprehensive training of volunteers in emergency response, following the Arys explosion and Maktaaral floods in the country.

To enable the development of volunteering and charity, legal changes are needed, he said.

“We need clear and effective legal mechanisms to stimulate and encourage socially-oriented activities. The government needs to work on granting preferential loans in the first years of charity organizations, as well as the possibility for them to use state property on a preferential basis. It is important to introduce effective mechanisms to indirectly encourage businesses and individuals to participate in charity and volunteering projects by granting priority rights in the provision of state support measures. Financial and non-financial support to charitable and volunteer organizations both from the state and from the business should be significantly expanded,” said Tokayev.

He instructed the government to prepare the register of charity organizations to ensure transparency in this area that should be integrated in all information systems and be available to the public.

The Kazakh President suggested launching a campaign of good deeds as Kazakhstan ushers in the year of the 30th anniversary of its independence.

“This is a major historic milestone in the country’s development. It is a time when we analyze our achievements and plan our future. We attach particular importance to the content of next year’s anniversary events. Each event must have a deep meaning and benefit society, and serve an example for the younger generation,” said Tokayev.