Kazakh Political Parties Begin Their Campaigns As Elections Kick Off

By Aidana Yergaliyeva in Nation on 11 December 2020

NUR-SULTAN – The Kazakh political parties were off to the races at 6 p.m. on Dec. 10 working on their pre-election campaigns. The campaign period will last until 12 a.m. sharp on Jan. 9. 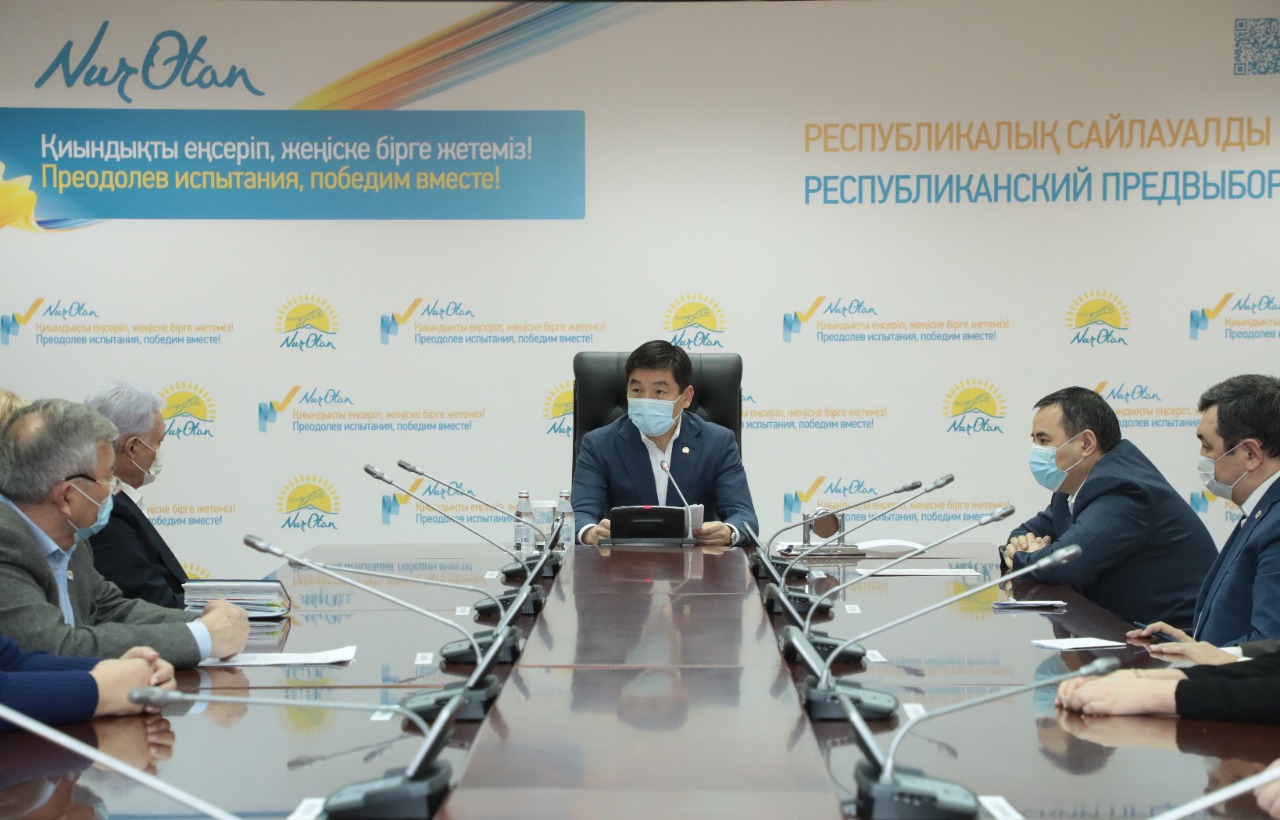 Nur Otan, the Kazakhstan’s ruling party, gathered Dec. 10 in their first meeting to discuss their pre-election campaign. The party plans more than 300 events in 35 cities and 82 districts. The campaign should reach at least nine million Kazakh citizens, the party’s press service reported.

On the same day, the Ak Zhol (White Way) Democratic Party started their campaign at the car repair plant in Nur-Sultan, the party’s press service reported. Azat Peruashev, the chair of the Ak Zhol and candidate for deputy, talked to workers about measures that can help support business. He talked about ideas to exempt enterprises in free economic zones from paying taxes for 10 years and the possibility of returning 50 percent of investments to businesses working for more than five years.

The Adal party representative Laura Malikova met Dec. 11 with Aktau citizens, public figures, and entrepreneurs to listen to their ideas and problems. The citizens told the party to pay attention to the ecological situation, water management issues, as well as to open and protect new tourist destinations in the Mangystau Region.

Before the start of the pre-election campaign period, the Kazakh Central Election Commission (CEC) clarified procedures to conduct pre-election campaigning  and updated information on accreditation of observers from international organizations for the upcoming parliamentary elections in Kazakhstan during the Dec. 10 commission’s meeting.

According to CEC member Anastasia Shchegortsova, the parties can conduct their campaigns through the mass media, public pre-election events, personal meetings of candidates and their proxies with voters, as well as issuing and distributing printed, audiovisual and other campaign materials.

The media platforms, however, must publish and submit to the CEC the amount of payment, the conditions, procedures to place campaign materials. As of Dec. 10, the CEC received 216 such submissions and posted them on their website.

During the campaign period, political parties and candidates can organize and conduct rallies, processions, demonstrations and other pre-election events. They must notify the CEC 10 days before  such an event.

Local executive bodies and the relevant election commissions will determine places for campaign printed materials for all candidates and equip them with stands, billboards, and pedestals.

The Kazakh norms On Elections only allow experienced legal entities to organize a public opinion poll with prior notification of the CEC. They, however, cannot share poll results via the internet to avoid the manipulation of results. To date, seven legal entities have already submitted notifications to the CEC.

The CEC accredited 62 observers from three international organizations and five foreign states since the opening of the Institute for International Election Observation on Oct. 22.

As of Dec. 10, the CEC accredited 24 long-term observers from the Organization for Security and Co-operation in Europe’s (OSCE’s) Office for Democratic Institutions and Human Rights (ODIHR) election observation mission.