By Aidana Yergaliyeva in Nation on 12 December 2020

NUR-SULTAN – The Kazakh Central Election Commission (CEC) summed up the results of the nomination and registration of party lists of candidates for deputies of the maslikhats (local representative bodies) during the Dec. 11 meeting of the commission. The nomination, confirmation and registration of party lists took place for maslikhat deputy elections from Nov. 10 to Dec. 4. 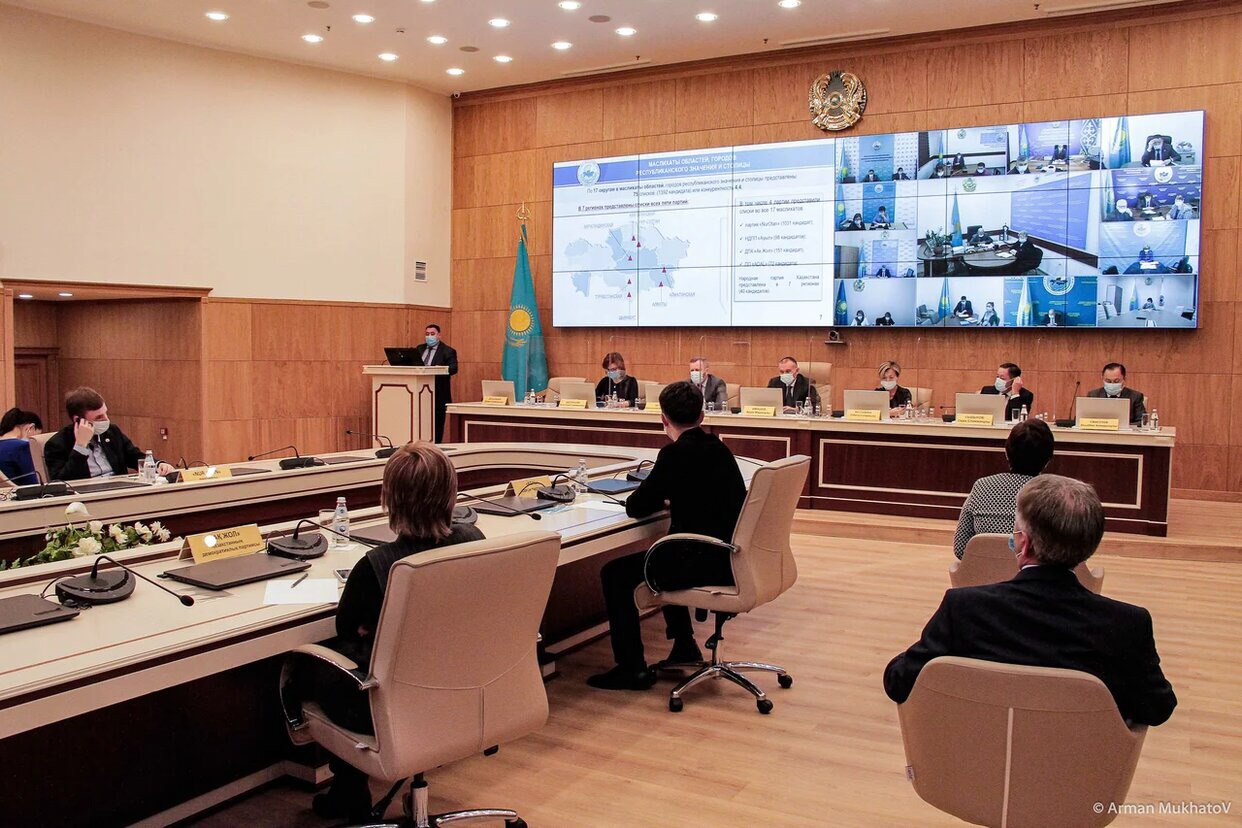 The five registered political parties presented a total of 840 party lists. The CEC registered 832 of them. The presented party lists included 8,334 candidates, of which 44.6 percent are women and persons under 29 years of age.

CEC Chairperson Berik Imashev stressed that the organizing work of the maslikahat elections is exclusively within the jurisdiction of territorial election commissions. The territorial election commissions will constantly keep the government up to date on the results of the nomination and registration of party lists, as well as organize press briefings.

In addition to these, the territorial commissions will publish registered party lists of candidates for deputies of maslikhats of all levels on their web pages by Dec. 12.