By Aidana Yergaliyeva in Culture on 11 December 2020 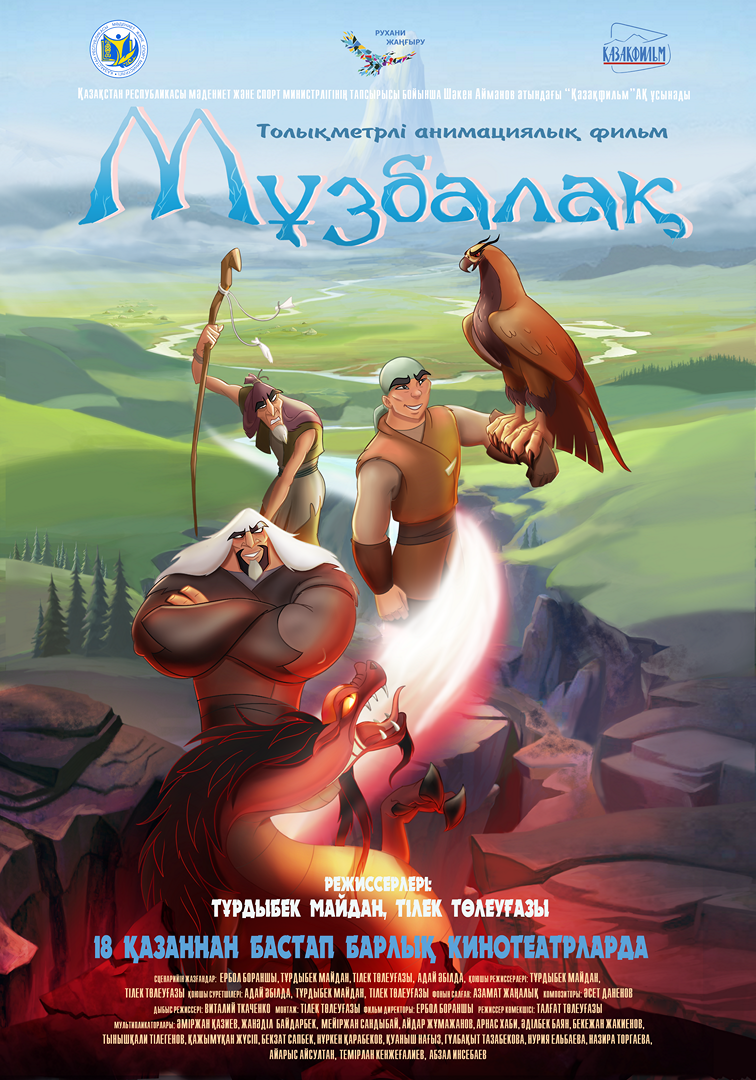 “Muzbalak” narrates the story of a golden eagle domesticated by a man. The film is about friendship, and the mutual trust of the bird and the man. Turdybek Maidan and Tilek Toleugazy, the movie directors, made the movie with state support.

The Kazakhfilm released “Muzbalak” in 2018. The same year, the animated movie won Best Animated Film of the Kazakh Kulager Prize of the Cinematographers Union.

“We thank our crew who assisted in making the movie. We hope our next project Altyn Adam (Golden Man) will also win big prizes,” Toleugazy added.

Despite the pandemic, Kazakh animators work to produce new children’s cartoons such as the Yrysy Ak Kazakstan (Blessed Kazakhstan) company’s “Karavan Istorii (Caravan of History),”  “Kenzhe Kyz (Youngest Daughter)” by the Aday Production animation studio, “Erketay” by Art Mara, and “Kolybelnaya (Lullaby)” by Dala animation. The Kazakh animators have high ambitions and confidence in soon streaming their cartoons on the world’s biggest streaming entertainment services such as Netflix, ivi, and Amediateka.