NUR-SULTAN – The editorial office of The Astana Times newspaper has received a certificate of appreciation for media coverage of the 75th anniversary of the United Nations presented by UN Resident Coordinator a.i. for Kazakhstan Yakup Beris. 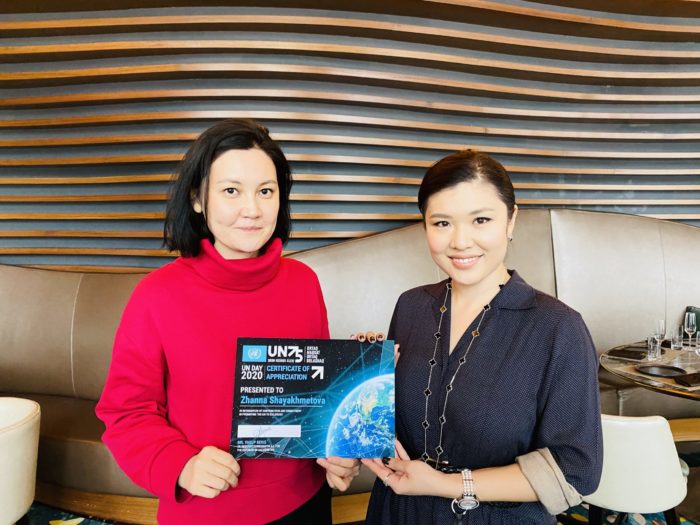 This year, Kazakhstan joined the global campaign to commemorate the 75th anniversary of the UN.

“As one of Kazakhstan’s leading news websites in English, we believe it’s important to cover the notable international initiatives such as the UN75 global dialogues. We express gratitude for recognizing our work as meaningful and valuable. Since its establishment in 2010, the newspaper is dedicated to bringing exclusive interviews and major news stories to our audience,” said Head and Editor of The Astana Times News Bureau in Nur-Sultan Zhanna Shayakhmetova.