By Andrey Dovgolenko in Central Asia on 15 November 2020

New books have been published in Kazakhstan as part of the celebration of the 750th anniversary of the Golden Horde – a medieval multinational state in Central Eurasia. This was announced on the eve of the meeting of Kazakh President Kassym-Jomart Tokayev with Doctor of Historical Sciences, President of the International Turkic Academy Darkhan Kydyrali. 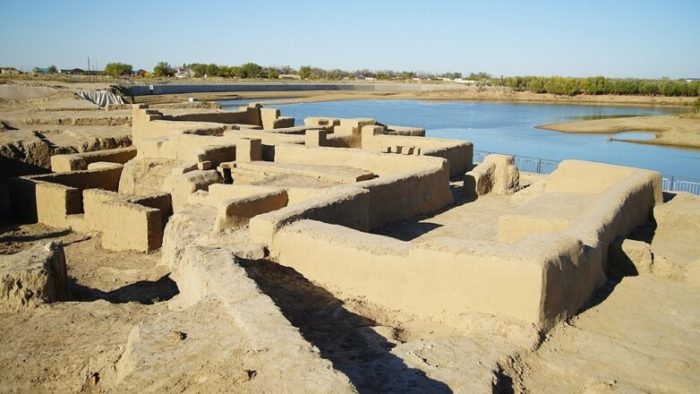 This year, archaeological excavations began at Saraishyk, the ancient city of the Golden Horde.

It includes both scientific collections based on the results of conferences held in 2019 in Nur-Sultan, Taraz and Bishkek, as well as historical books. For instance, a collection of documents for the five-volume “Compendium of Chronicles” (“Jami al-tawarikh”) written in the 13th century by Persian statesman Rashid ad-din was published.

Both Kazakhstan’s First President Nursultan Nazarbayev and President Tokayev noted the strategic importance of the reference to the memory of the Golden Horde in the context of the historical line of succession of the Kazakh people.

“My contemporaries and subsequent generations at one time counted history only from the period of the October Revolution. For us, there was no other history of the Kazakh people, but now we must study it more deeply. Our ancestors are the Huns, and even closer in time is the Great Turkic Khaganate. Our land at all times was the center of those states. Further on – the Golden Horde. To sum it all up, our history goes back two thousand years. Having passed through such a huge period of time, we managed to preserve our language, religion, and identity. And we should educate our youth in this spirit,” said Nazarbayev in 2014.

A year ago, Tokayev continued the thoughts of the First Kazakh President in the same vein. “We are located at the crossroads of Islamic, Confucian and Eastern Christian civilizations. The Great Silk Road, the Golden Horde, Eurasianism are important links in the cultural code of the Kazakhs,” said Tokayev at the meeting of the Valdai Discussion Club in Sochi.

The golden cradle of the Kazakh people

Today, both Kazakh and Russian scientists study the history of the Golden Horde. Turkologists believe that the Golden Horde is the common heritage of the peoples of our countries.

One of the brightest symbols of such heritage is the name of the Kazakh currency “tenge” and the Russian word “dengi” (money), originates from the name of the Golden Horde coin “dang” (silver coin weighing one-two grams).

In addition to the historical and political aspects, the renaissance of the Golden Horde will help Kazakhstan increase its tourism potential. Thus, by the decision of the Kazakh President, financing was provided for archaeological work to reconstruct the citadel of the Golden Horde, the settlement of Saraishyk. The restoration work began in 2020. According to legend, this city was founded by Batu Khan (ruler) and at one time was one of the largest cities of the Golden Horde with a well-developed culture. At that time, in the 14th century, Saraishyk had a unique water supply and sewerage system made of ceramic pipes. The Arab traveler Ibn Battuta, describing his stay in Saraishyk in 1334, reported on the existence of river ferries that reminded him of Baghdad. 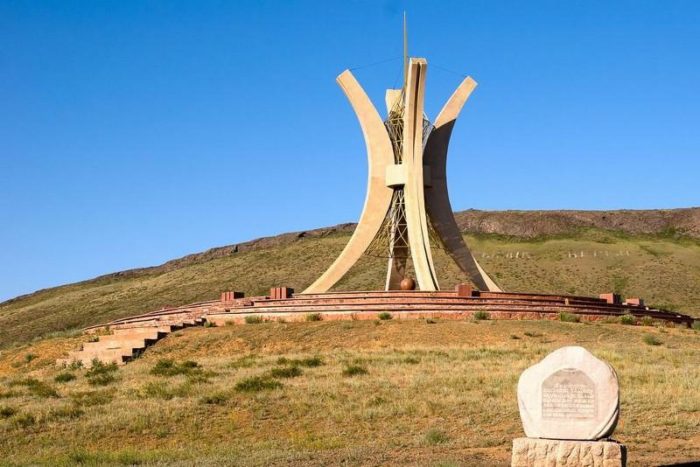 The monument to the unity and cohesion of people of Kazakhstan is located near the Ulytau village in the Karagandy region.

By the President’s decision 350 million tenge (US$809,000) were allocated for the creation of another large tourist facility – an ethnic village near the Ulytau village in the Karaganda region. On the left bank of the Karatal River, the headquarters of Zhoshy Khan, the eldest son of Genghis Khan, was located. Khan of the Golden Horde Tokhtamysh was also buried there, and the great Tamerlane left the memory of his stay in the spring of 1391 on the stone slab of the Ulytau mountain Altynshoky. 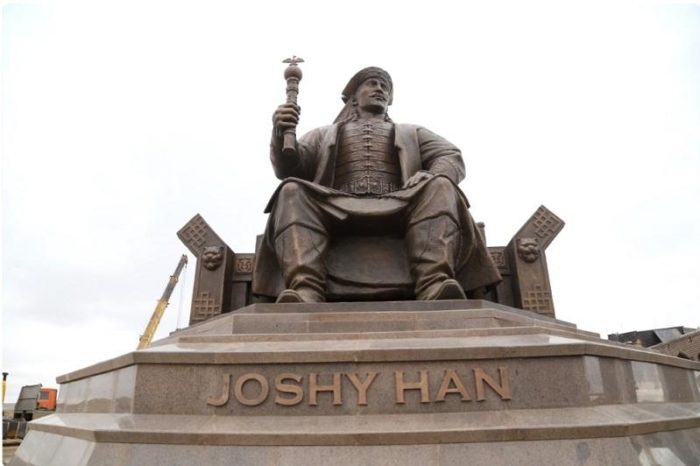 The historical and cultural complex dedicated to Zhoshy Khan is being constructed in Zhezkazgan.

The Central Asian countries use an integrated approach in their efforts in the study of the Golden Horde. Apart from political goals such as the formation of the national identity of Kazakhs, the government’s investment in creating a national history not only develop the scientific, historical and cultural potential of the nation, but also has an economic effect by developing international tourism and connecting East and West.