By Zhanna Shayakhmetova in Nation on 24 November 2020

NUR-SULTAN – The People’s Party of Kazakhstan has formed its list of 125 candidates for the upcoming Majilis (a lower house of the Kazakh Parliament) elections at the 16th extraordinary congress on Nov. 23. 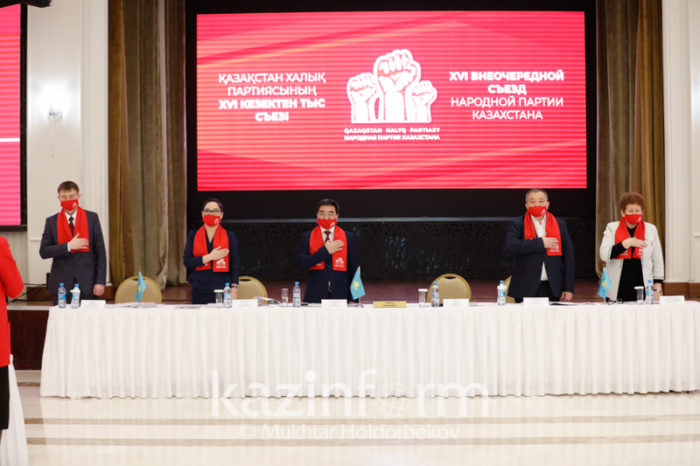 The 16th extraordinary congress of The People’s Party of Kazakhstan.

The list of candidates includes chairman of the People’s Party of Kazakhstan Aikyn Konurov, secretary of the party’s central committee Zhambyl Akhmetbekov, Majilis deputy Irina Smirnova, representatives of parties in the regions, entrepreneurs, teachers, volunteers and other party members.

The election program titled People. Family. Justice was also presented at the congress. It aims to seek ways out of the crisis caused by the pandemic and fix systematic flaws.

The party members support disbanding the medical insurance fund, improving the housing situation for people, reducing the retirement age to 60 and gradually reducing working hours after reaching a certain age. The party also advocates keeping state ownership of land resources, reducing duplicate and ineffective state programs, conducting a loan amnesty and legal entities at the expense of banks and a fair tax policy.

The Ak Zhol Democratic Party announced its list of 38 candidates at the Nov. 20 congress. 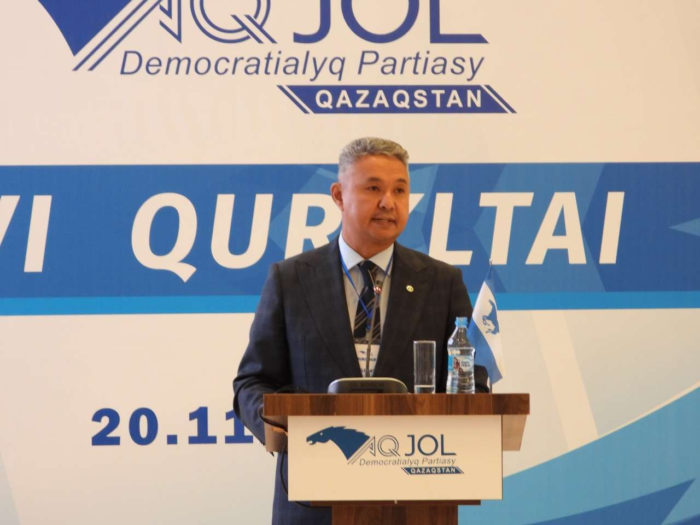 The Ak Zhol Party proposes to use the historically authentic name of “Kazakh Republic” along with Kazakhstan.

The party members propose to strengthen the parliamentary system and a gradual transition from a presidential system to a parliamentary republic.

“Kazakhstan needs not only the National Public Trust Council, but also the Government of National Public Trust. The Party believes that the composition of the government should be formed not by the head of state, but by the party that won the parliamentary elections,” said Ak Zhol Democratic Party chairman Peruashev.

The party proposes to limit the interest rates of loans on mortgages, consumer goods, small and medium-sized businesses and for urgent needs of the population (at least 7-8 percent). They propose to adopt a law on the bankruptcy of individuals and guarantee bankrupt borrowers the preservation of their housing and social guarantees.

It has also been proposed to build compact social housing, and calculate a new minimum pension and minimum salary higher than the subsistence minimum.

Earlier, it was scheduled that the extraordinary congress of the Nur Otan Party would be held on Nov. 25.