By Zhanna Shayakhmetova in Nation on 26 November 2020

NUR-SULTAN – The Nur Otan Party presented its electoral program titled “Path of Change: A Decent Life for All” for the Majilis (a lower house of the Kazakh Parliament) elections at the 20th extraordinary congress on Nov. 25.

The Nur Otan Party also presented its list of 126 candidates. The list includes First Deputy Chairman of the party Bauyrzhan Baibek, Prime Minister Askar Mamin, former speaker of the Senate (the upper house of the Parliament) Dariga Nazarbayeva, Chief of Staff of President of Kazakhstan Yerlan Koshanov, Chairman of the Board of the Sovereign Wealth Fund Samruk-Kazyna Akhmetzhan Yesimov, Majilis chairman Nurlan Nigmatulin and other people.

Earlier, the Nur Otan Partу announced that they completed the systematic work needed to reform the party and renew its membership by attracting public activists and representatives from the regions. 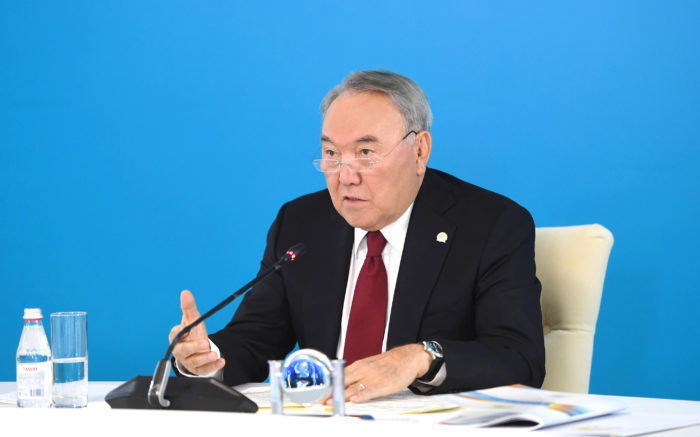 Now, the list of candidates also has public figures, who have experience in various spheres, including deputy chairman of the Association of Environmental Organizations Yeldos Abakanov, IT Infrastructure Executive Director of Kazpost Tilektes Adambekov, poet and journalist Ashimzhan Zhanarbek, head of education of BTS Digital Sayasat Nurbek and other members.

The party’s intra-party elections were public and transparent with wide coverage in social media. Some 77 candidates out of 126 won the primaries and 49 candidates were included in the list according to the party quota. Sixteen out of 126 members of Nur Otan’s party list joined the party ahead of the primaries. 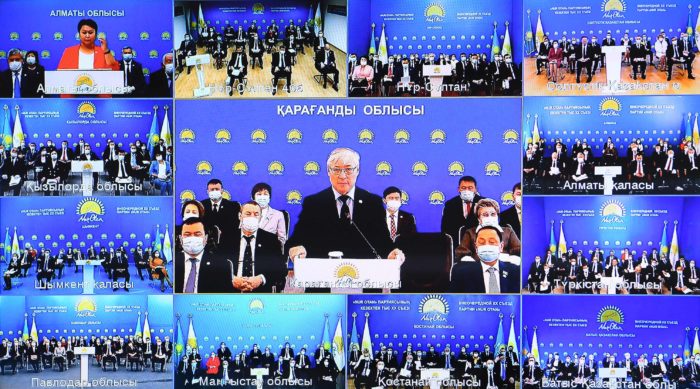 Kazakh President Kassym-Jomart Tokayev said that the party included all the suggestions and proposals voiced by the Kazakh people nationwide while preparing the program.

The party program is based on four main priorities – equal opportunities for all, the formation of a healthy, intelligent nation, sustainable development of the economy and regions, the “Listening State” and responsible people.

Kazakhstan’s First President and Chairman of the Nur Otan Party Nursultan Nazarbayev noted that the party is now the major political power in the country. “We will continue to work for the prosperity of our people, the people of Kazakhstan,” he said.

“Kazakhstan has achieved significant social and economic success in a 30-year period. This happened due to the reforms in the market economy and modernization of the country. Market reforms, industrialization and the inflow of foreign investment became the driving force of productivity growth and ensured economic growth. Employment significantly increased and social stratification was reduced,” said Nazarbayev.

Nazarbayev said that Kazakhstan created its own unique standard of national unity and its ethnic diversity became the country’s advantage. The Assembly of the People of Kazakhstan plays an important role in these processes.

The National Fund, which was created during the high rates of economic growth, has become the country’s “financial safety cushion.” Some 1,400 hospitals, 1,800 schools, and 900 kindergartens were built. The country has the ambition to meet the standards of the Organization for Economic Co-operation and Development (OECD) countries as part of the Kazakhstan – 2050 Strategy.

Nazarbayev said that the party will continue to follow three basic principles – responsibility, team unity and commitment to common goals. “The Nur Otan Party’s program has ambitious goals supported by large financial and human resources. The program is a continuation of our reform course. I have always set goals. It is necessary to work hard to overcome many difficulties,” he said.

The party will continue its political efforts to maintain the independence and integrity of the country.

First deputy chairman of the party Baibek was appointed the head of the republican campaign headquarters.