By Aidana Yergaliyeva in Nation on 11 November 2020

NUR-SULTAN – Nur Otan, Kazakhstan’s ruling party, with branches in Shymkent, and Almaty finalized party lists for their maslikhats (local representative bodies) and party lists of candidates for the Majilis (lower chamber of Parliament) during the Nov. 10-11 extraordinary conferences. 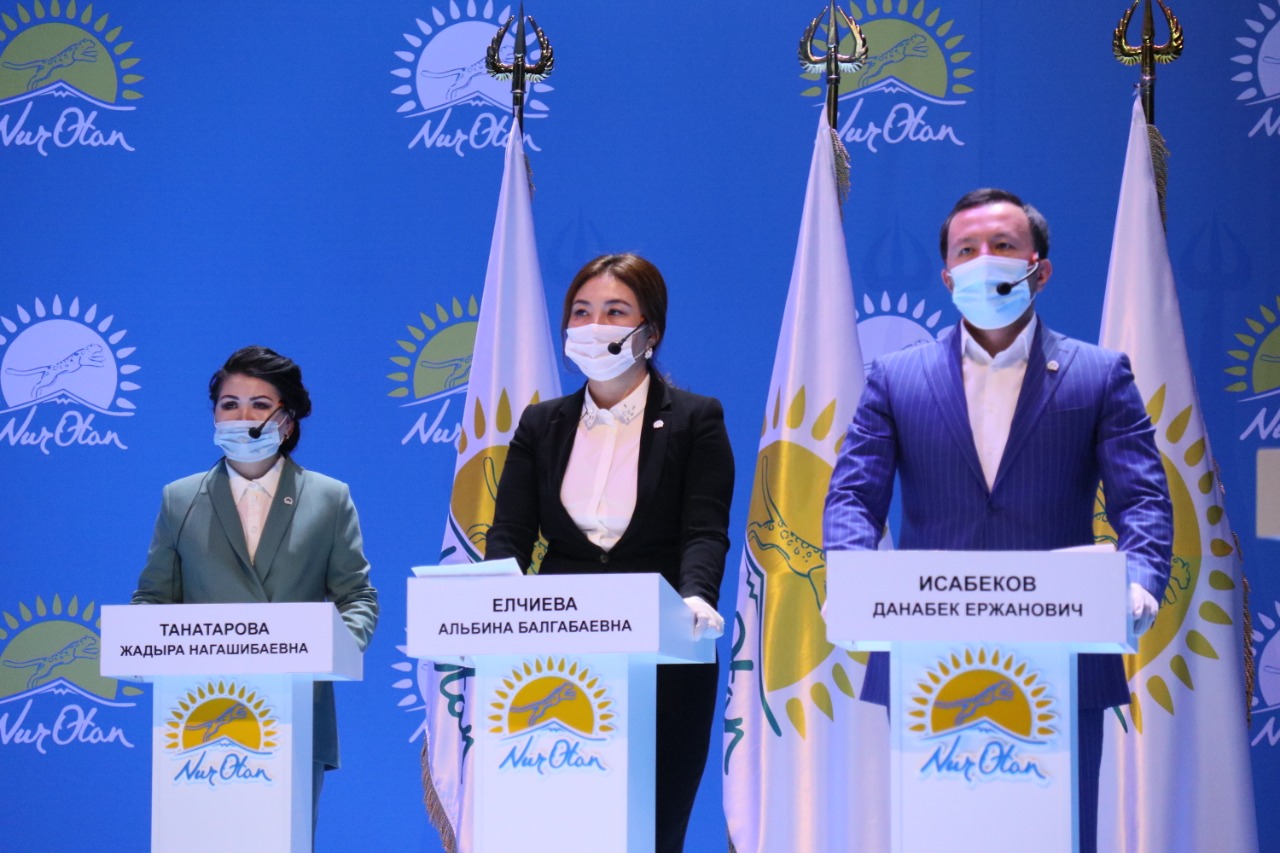 The Shymkent and Almaty maslikhats selected 60 and 78 candidates, respectively, depending on their branch quota. The maslikhats form party lists from the primaries’ participants with the highest rating.

The share of women in the Shymkent Maslikhat’s party list almost tripled – from 11 to 30 percent, while the Almaty Maslikhat’s doubled to 35 percent.

The maslikhats became younger as more people under 35 years of age entered as candidates. The Shymkent Maslikhat increased from having zero young participants to them comprising 20 percent of the party list. This dropped the average age of candidates from 49 to 44. 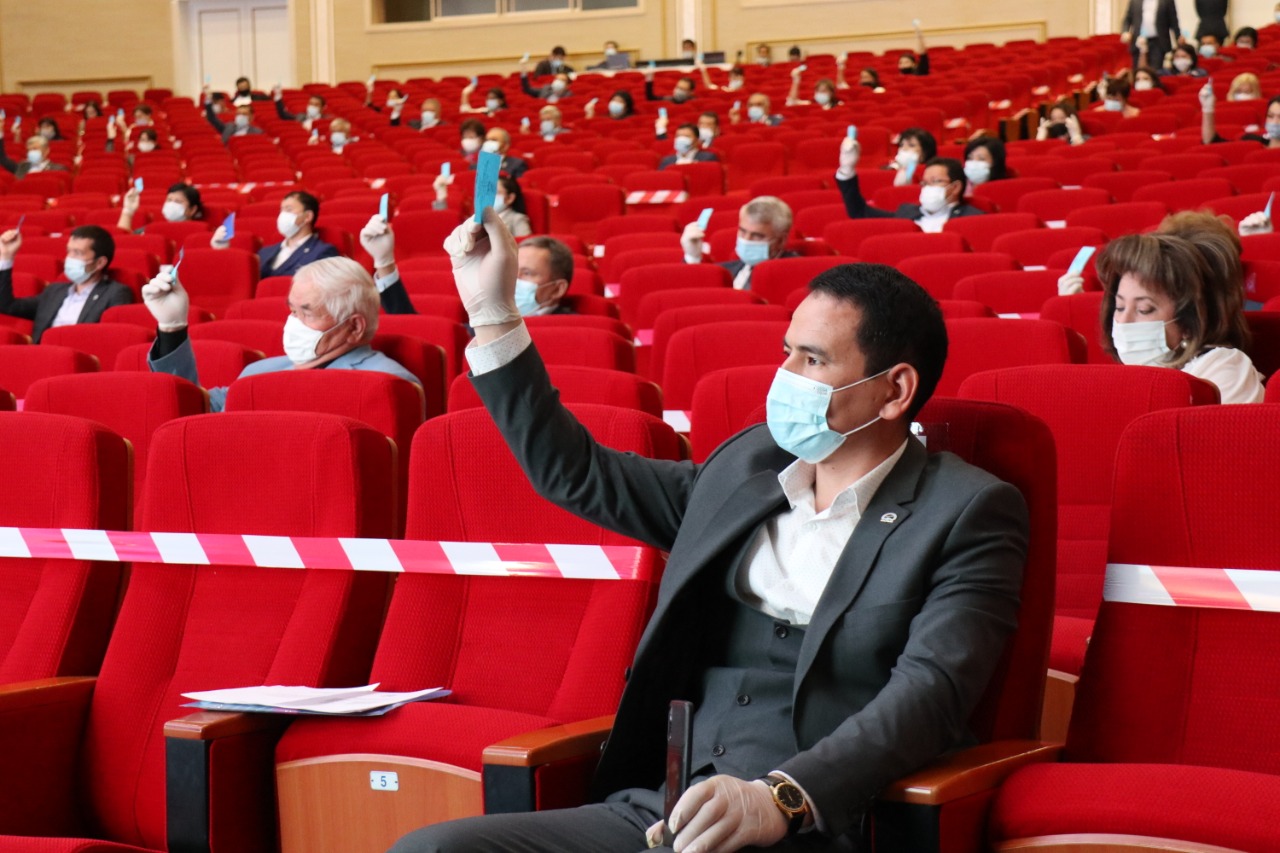 The Almaty Maslikhat had a six-fold increase in people under 35 – from 2.7 to 20 percent. The average age also dropped from 52 to 44 years. Almaty Maslikhat’s youngest participant was chess champion Zhansaya Abdumalik.

The new list included only eight of the current deputies in Shymkent and 16 in Almaty. 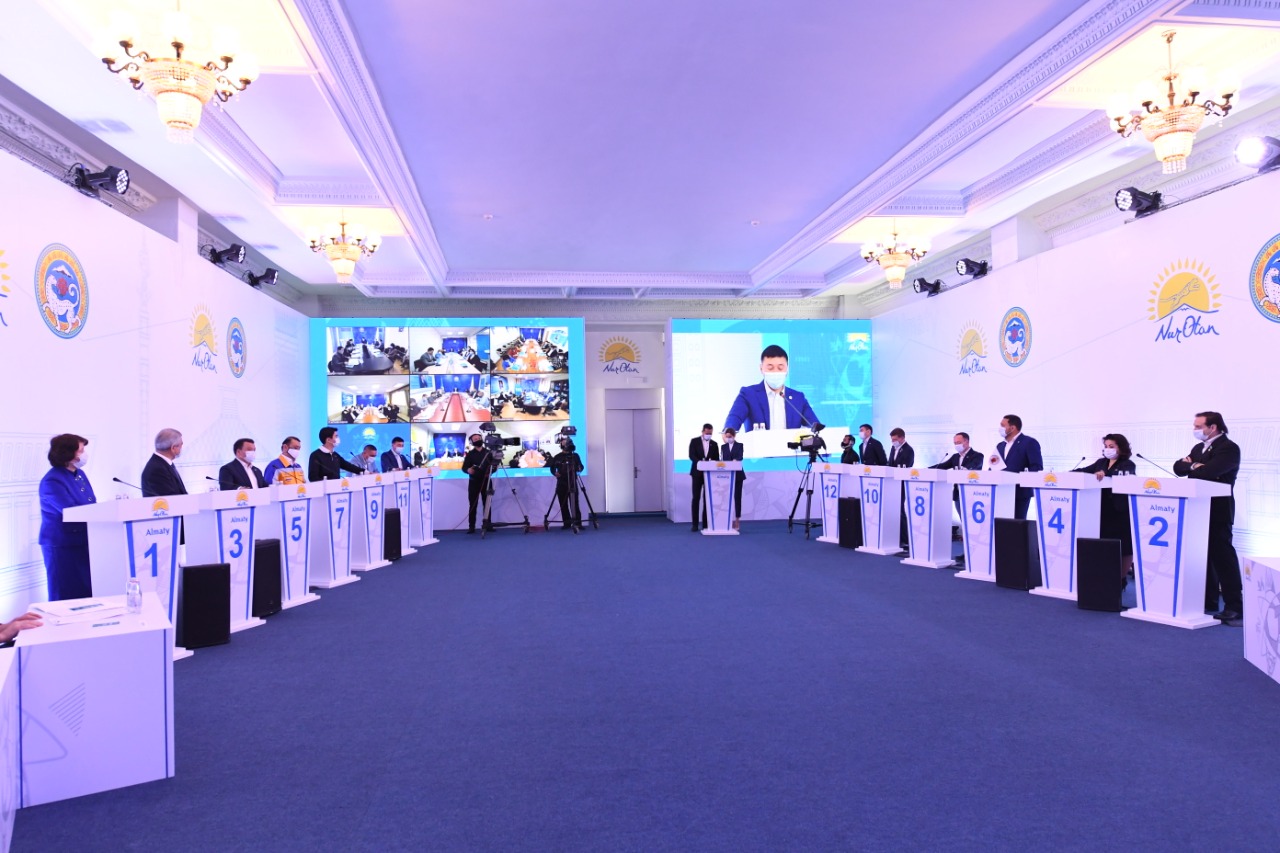 The Shymkent party branch also approved the city election program and elected delegates to participate in the 20th Congress of the party.

“We have identified 10 priorities that are necessary for the economic and social development of the city after reviewing the main concerns of the population. With the support of the townspeople, I am sure that this program will be fully implemented,” Aitenov said.

The rest of the Nur Otan party branches will finish party listings by Nov. 17.

The debates among candidates at the city and regional conferences are part of the second level of primaries.  Around 10,000 candidates participated in the first stage of the internal party selection. Of these, 37 percent were women, and 29 percent were young people under 35. The vast majority, which is 70 percent, of candidates self-nominated themselves. The primary party organizations nominated the rest. The average age of the candidates was 43 years. More than 662,000 party members took part in the voting.