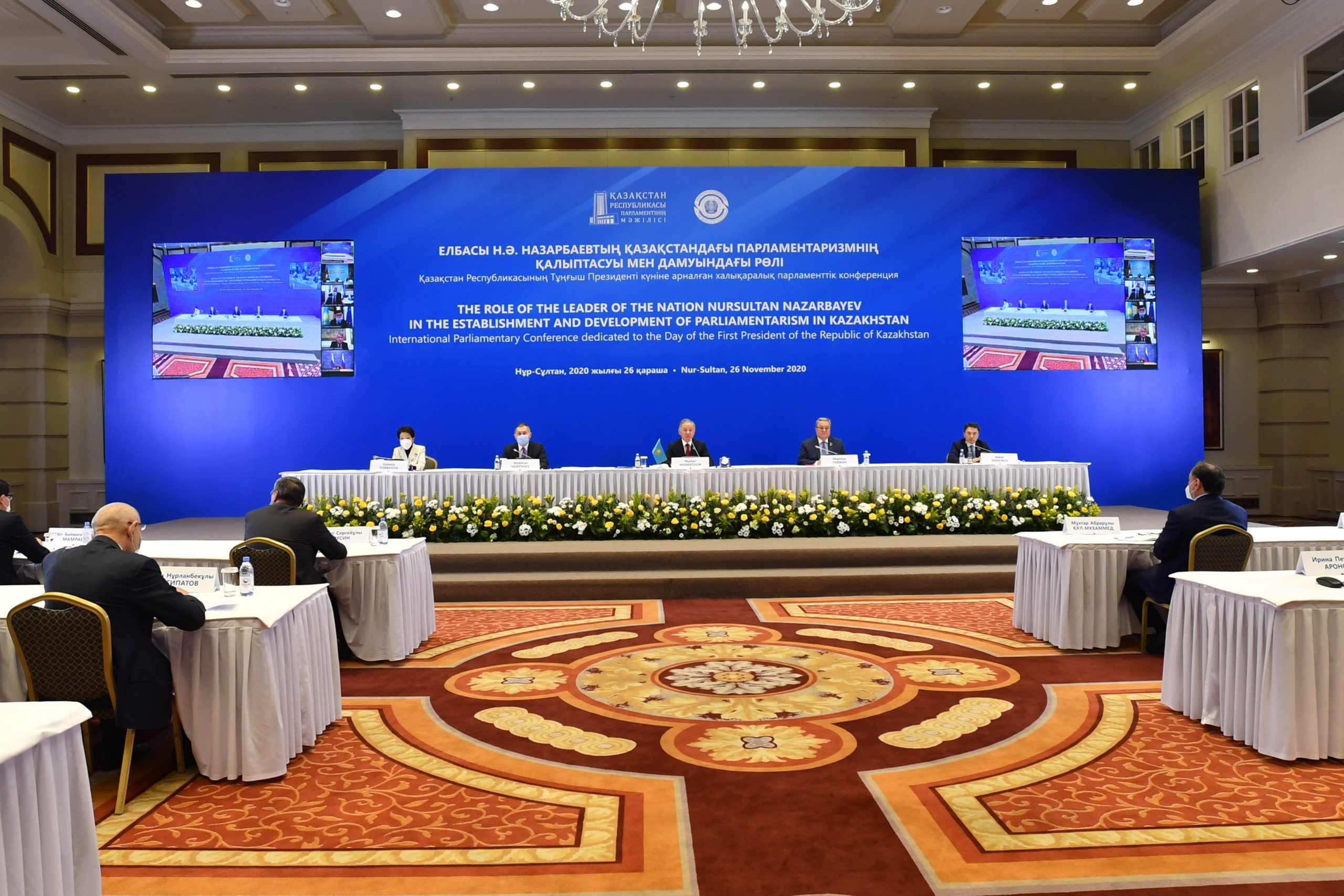 The representatives of the parliaments of Vietnam, Italy, Russia, Turkey, Uzbekistan, Czech Republic, the European Parliament, and the Parliamentary Assembly of Turkic Speaking Countries (TurkPA) joined the conference virtually.

“A modern, successfully developing Kazakhstan is the result of the common efforts of all Kazakhs who, at the dawn of the independence, entrusted their fate to the First President, his ability to respond to the needs of society in time, carry out visionary reforms, see ahead years at a time and his consolidation of the nation to achieve high goals. Therefore, of course, the entire recent history of Kazakhstan is closely connected with the personality and politics of Nursultan Nazarbayev,” Nigmatulin said. 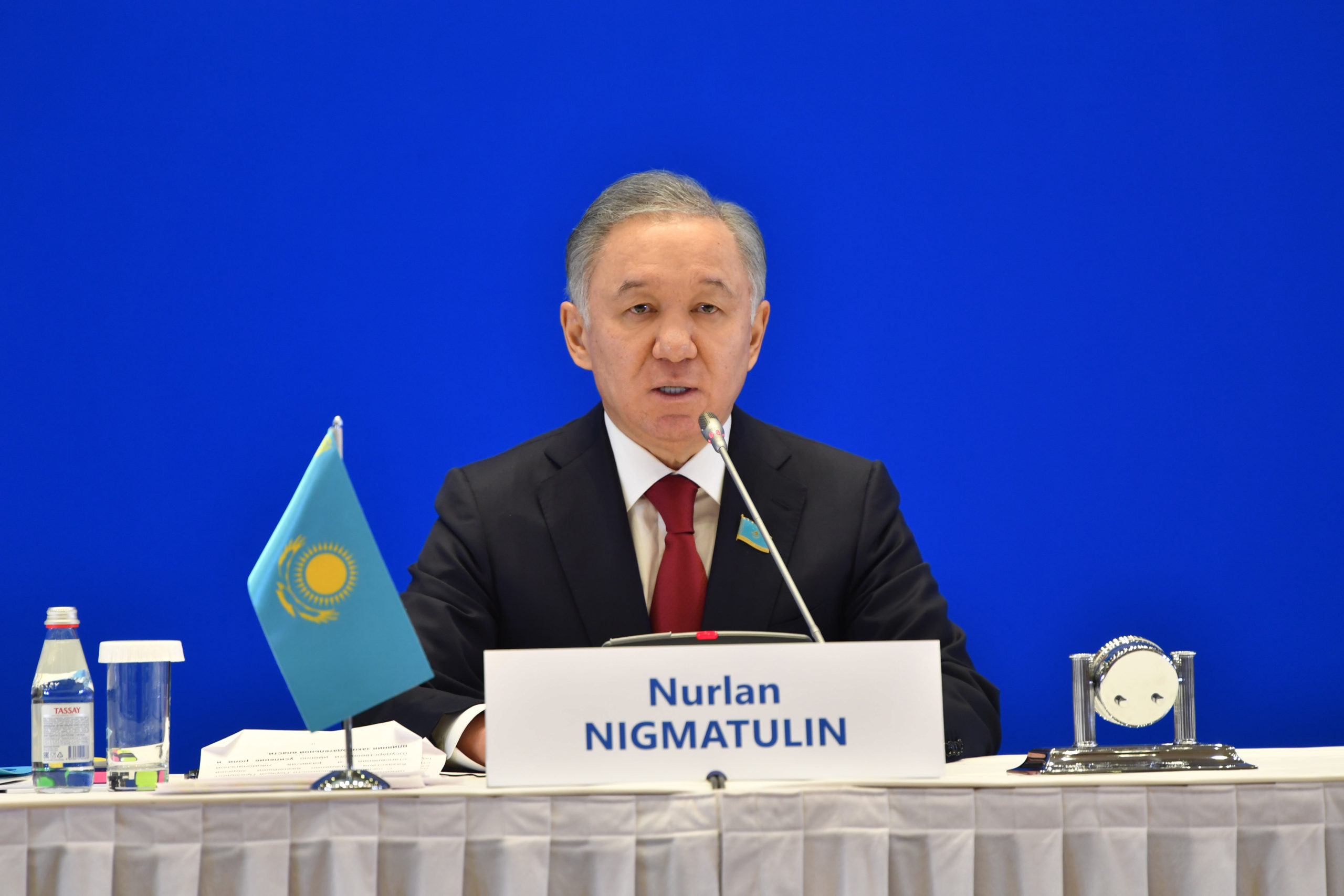 Nigmatulin stressed that Nazarbayev’s reforms gave impetus to the development of the Kazakh model of parliamentarism. Since 2007, under the Nazarbayev administration, the Majilis introduced a proportional system of deputy elections and a new mechanism to form the government based on a parliamentary majority. The 2017 constitutional reform redistributed power from the Kazakh President to the Parliament and the government.

Li Zhanshu, Chinese сhairperson of the National People’s Congress (NPC) Standing Committee,  emphasized Nazarbayev’s high international authority and his historical role in Kazakhstan. According to him, Nazarbayev “has been working on good Chinese-Kazakh relations and friendly cooperation for a long time, and enjoys high levels of respect in China.”

Li also expressed the readiness of the NPC to deepen cooperation with the Majilis to achieve the goals of a comprehensive strategic partnership between China and Kazakhstan.

According to Nigmatulin, the new 2020 amendments to the constitutional laws strengthened the role of the parliamentary opposition, halved the barrier for registration of political parties, and introduced the mandatory 30 percent quota for women and youth on electoral party lists.

According to the Majilis Speaker, the Kazakh Parliament supported all of the initiatives of Nazarbayev and Kazakh President Kassym-Jomart Tokayev to combat coronavirus and restore economic growth.

“As part of anti-crisis measures, more than 4.5 million Kazakhs who have temporarily lost their income received monthly state assistance. More than 450 billion tenge (US$1.06 billion) was spent for this purpose. I would like to emphasize that in this difficult period, our First President, as before, has become a guarantor of unity for all Kazakhs,” he said.

“Thanks to the reforms of the First President of the country, Nursultan Abishevich Nazarbayev, Kazakhstan’s multi-party Parliament meets generally accepted international standards in building a constructive dialogue between society and government. Openness, responsibility, and a course towards further strengthening the democratization processes are the unshakable parliamentary values ​​laid down by the Elbasy (Leader of the Nation, the constitutional title accorded to Nursultan Nazarbayev). And this model of parliamentarism has not only proven its worth but has gained particular relevance in the current difficult conditions. This allows Kazakhstan to successfully confront the challenges of our time,” Nigmatulin said.