By Zhanna Shayakhmetova in Nation on 27 November 2020 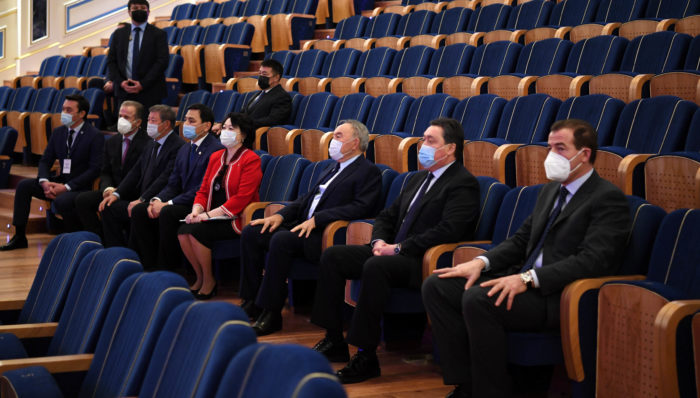 The total area of ​​the theater is more than 22,000 square meters. It’s Great Hall can accommodate 635 visitors, the Chamber Hall, an art gallery, a restaurant, and a ceremonial meeting hall.

Nazarbayev noted that he had long wished to construct a new building for the Kazakh drama theater ever since the capital was relocated from Almaty to Nur-Sultan. 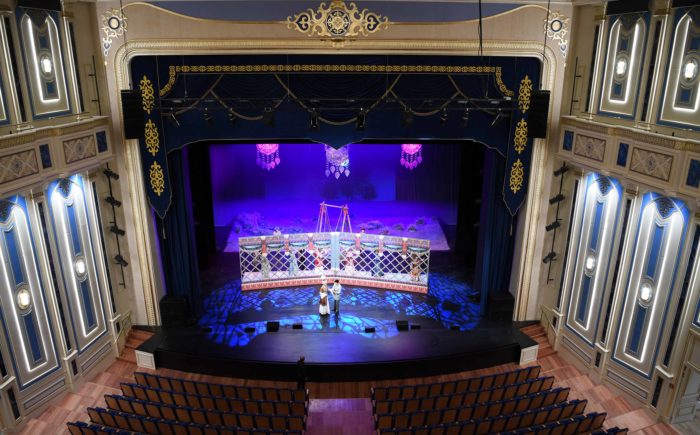 “I wish you many years of achievements and success. Today, we announced the opening of the new theater. The Samruk Kazyna Sovereign Wealth Fund allocated financing for its construction. All the same conditions have been replicated here. I hope that people will be happy to visit the theater,” said Nazarbayev.

On this day, Nazarbayev also visited the track and field sports center.

The new sports facility was commissioned in November and will be used as the Olympic Training Center. The facility received the World Athletics certificate from the International Association of Athletics Federations (IAAF) to implement in international competitions. 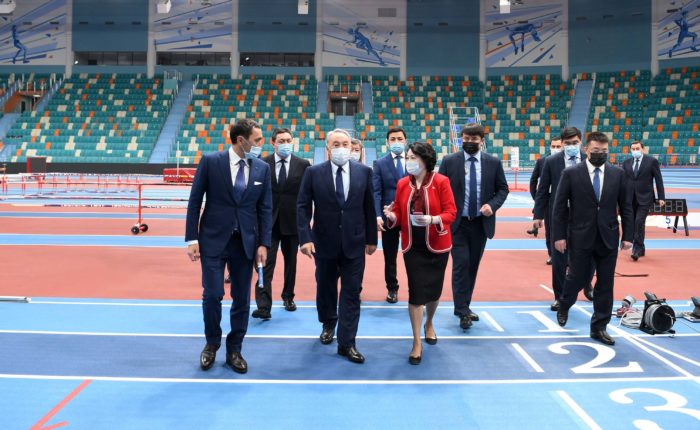 The facility includes an athletic field with treadmills, two swimming pools, a hotel, a playground, a food court, a gym and a warm-up track with sectors for shot throwing, and high jumping. The arena is designed for 7,000 spectators.

The National Olympic Committee announced plans to organize the 9th Asian Indoor Athletics Championships in 2022 at the new arena.

Kazakhstan celebrates the Day of the First President on Dec. 1. The holiday has been commemorated annually since 2012.