By Zhanna Shayakhmetova in Nation on 18 November 2020 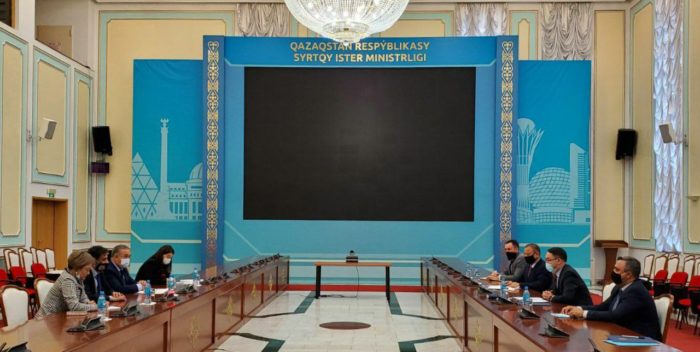 Based in Almaty, the CARICC was established on the initiative of Kazakhstan’s First President Nursultan Nazarbayev with the support of the United Nations Office on Drugs and Crime in 2009. Its member states include Azerbaijan, Kazakhstan, Kyrgyzstan, Russia, Tajikistan, Turkmenistan and Uzbekistan. More than 15 states and international organizations serve as observers at CARICC. The center’s main activities are to coordinate the efforts of the member states in countering transnational drug crimes.

Ashikbayev said that the center plays a major role in information support and the coordination of anti-drug activities of law enforcement agencies of the member states. 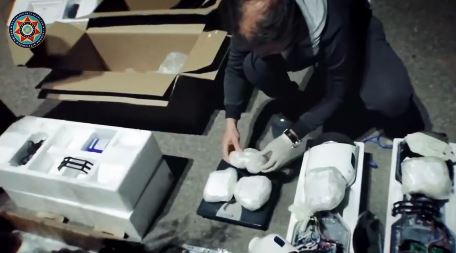 “Kazakhstan supports the center’s work and observes its progress in strengthening its legal framework and growing interest in developing cooperation from international partners,” Ashikbayev said.

Miralizoda spoke about the preparations for the next meeting of the CARICC Council of National Coordinators slated for the end of November.

“Kazakhstan has become a target for international drug trafﬁcking structures. The dispatch of synthetic drugs in Kazakhstan is recorded through postal services and logistics companies. The drugs identified include MDMA, LSD brands, aPVP, amphetamine, pyrovalerone analogs, synthetic cannabinoids and other substances,” reads the release.

The National Security Committee of Kazakhstan conducted an operation to suppress a transnational criminal group that delivered drugs from Russia to Kazakhstan and their manufacture and sale through the Borat 24 online store, from the end of 2019.

“These measures have improved the drug situation in the country,” says the release. “The activities of the transnational drug structures should be localized otherwise the drug trade will continue. The National Security Committee in cooperation with the special services of Russia, the U.S, and Germany is working to identify all the participants in transnational drug structures.”

Under-Secretary General for Counter-Terrorism of the United Nations Vladimir Voronkov praised Kazakhstan’s activities in countering international terrorism during the videoconference on Nov.17 with Kazakh Foreign Minister Mukhtar Tileuberdi. Voronkov also noted the results of the Zhusan and Rusafa humanitarian operations for the return of our citizens from Syria and Iraq.