By Zhanna Shayakhmetova in Nation on 10 November 2020

The President said that it is necessary to develop a draft alphabet with scientists and submit it for consideration to the National Commission for the transition of the Kazakh alphabet into Latin script. The government will submit a draft decree on the alphabet to the President’s Administration following on the results of the work of this commission. 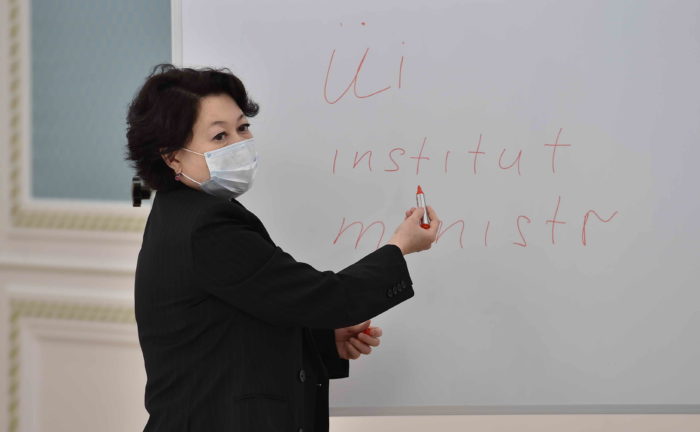 “Developing a new alphabet is not an easy task. The new alphabet cannot be developed in one day or even in one year. This is not just a transition from Cyrillic to Latin script, this is a large-scale reform of the Kazakh language. Financing should also be considered. The Latin script will be introduced gradually. It has already been developed for younger generations. They will enjoy its benefits. Due to this, the transition should be systematic and gradual,” said Tokayev.

Kazakhstan’s First President Nursultan Nazarbayev signed a decree on the phased transition of the Kazakh alphabet from Cyrillic into Latin script by 2025 in October 2017.

Kazakh people used Arabic script from the 10th-20th centuries. The Kazakh language was based on a Latin script in 1929-1940. The transition to the Cyrillic alphabet took place in 1940.