By Zhanna Shayakhmetova in Nation on 26 November 2020

NUR-SULTAN – The upcoming Majilis (a lower house of the Kazakh Parliament) elections are important for the whole nation, Kazakh President Kassym-Jomart Tokayev said at the extraordinary 20th Congress of the Nur Otan Party on Nov. 25, chaired by Kazakhstan’s First President Nursultan Nazarbayev. 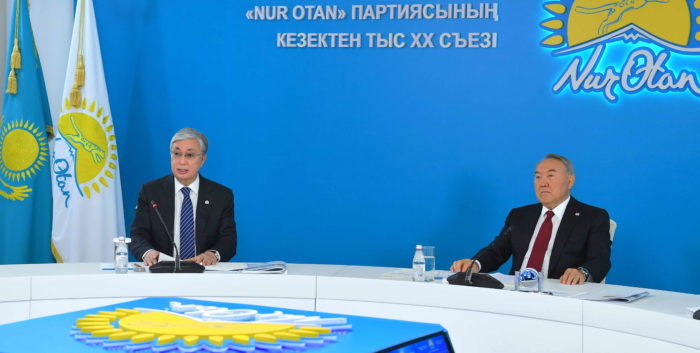 The present time creates unique opportunities for the ruling party, the government, and the whole of society.

“To use this historic chance, we need to offer the country a new development paradigm. This will require the efforts of all branches of government – the President, the government and the legislative branch,” said Tokayev.

Tokayev noted that the systemic modernization initiated by Kazakhstan’s First President with the Five Institutional Reforms and the Plan of the Nation needs a new impetus. 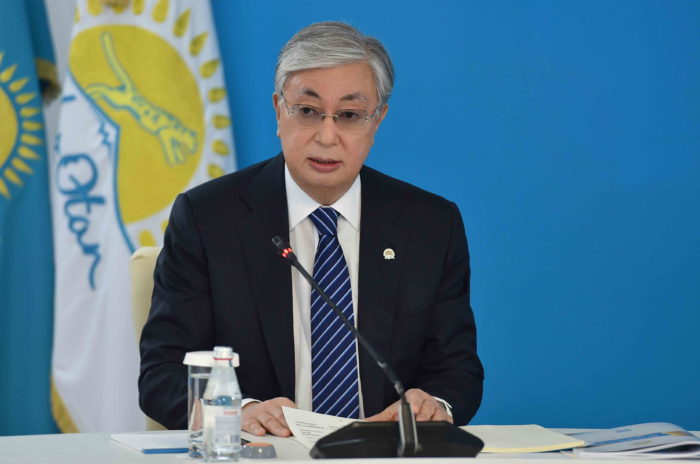 Tokayev announced that the Nur Otan Party will be adopting the new electoral program titled Path of Change: A Decent Life for All through 2025. The party and the government plans to provide 21 trillion tenge (US$49 billion) for the implementation of the program over the next five years.

“The program offers an effective set of specific measures aimed at the social progress of the country and improving the well-being of the people,” said Tokayev.

The program implementation is based on four main priorities – equal opportunities for all, the formation of a healthy, intelligent nation, sustainable development of the economy and regions and implementation of the Listening State and educating the populace to become responsible people. 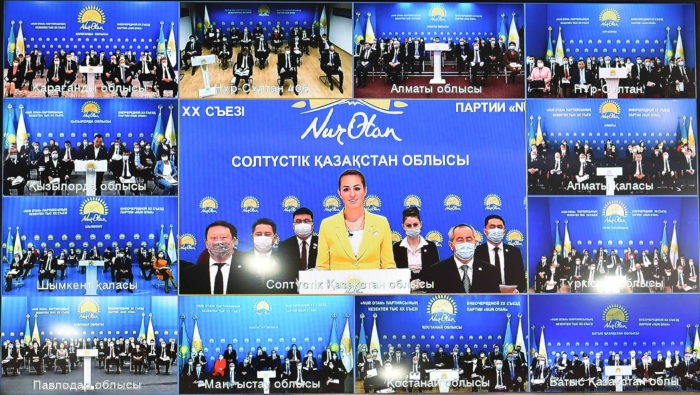 The President said that over the next five years, more than 3 trillion tenge (US$7 billion) will be allocated for the annual indexation of social benefits. The size of the solidarity pension will also be indexed annually, and the increase should be two percent higher than the inflation rate.

Considering new global challenges, public spending on education, science, healthcare, culture and sports will also be increased. “These are strategic investments in human capital, in the future of our country. The financing for healthcare will be at least five percent of GDP. We need to be prepared for new epidemics,” said Tokayev.

The President believes that the crisis is an opportunity to carry out systemic reforms to build a new economic model.

“All world economic science and politicians come to the conclusion that in the context of a global crisis, which, in fact, has no precedents in the history of mankind, the role of the state in managing economic processes is objectively increasing,” said Tokayev.

The President said that it is essential to ensure economic growth mainly through a tight but balanced macroeconomic policy, support for the private sector, and fulfillment of social obligations to people. “The efficiency of the party’s activities will depend on practical solutions that improve the lives of people,” he said.

Tokayev said that the new program is focused on building a developed civil society and an economically self-sufficient state. He recalled that the status of the ruling party is not about access to power, but the ability to bring real benefits to the country and people.

The head of state said that the next year will mark the 30th anniversary of Kazakhstan’s Independence and in this light the Majilis and Maslikhats (local representative bodies) elections have a symbolic meaning.

“I am confident that the upcoming elections will strengthen the unity and prosperity of society. We will create all the necessary conditions for this campaign to be transparent, fair and legal. I, as the Head of State, will closely monitor this,” said Tokayev.