By Aidana Yergaliyeva in Culture on 8 November 2020

NUR-SULTAN – Kazakh self-taught hyperrealist sculptor Aidos Yesmagambetov created a realistic sculpture of Kazakh poet and philosopher Abai Kunanbayev to commemorate his 175th anniversary. The sculpture has even the tiniest details such as blood vessels in the eyes and hairs on the hands. 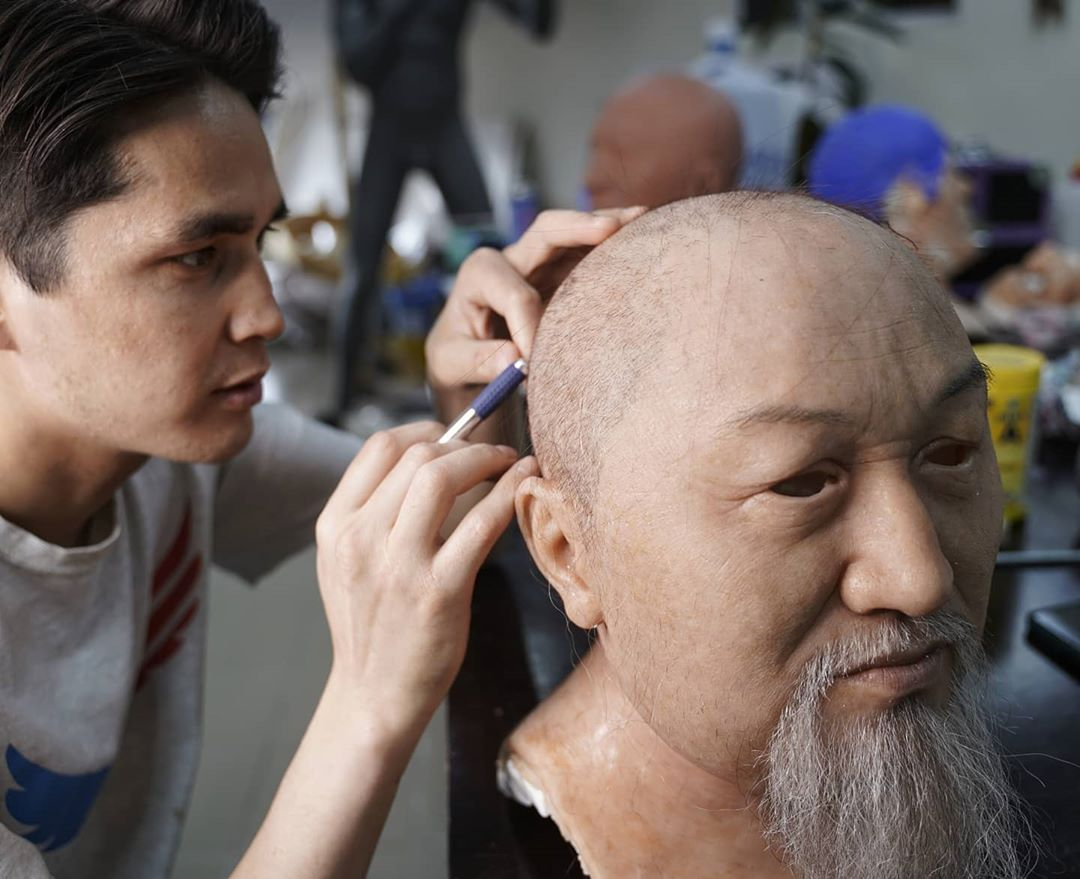 According to Yesmagambetov, the sculpture is “the result of four months of work, hundreds of sleepless nights in the workshop, and countless trial and error efforts,” he said in an instagram post. 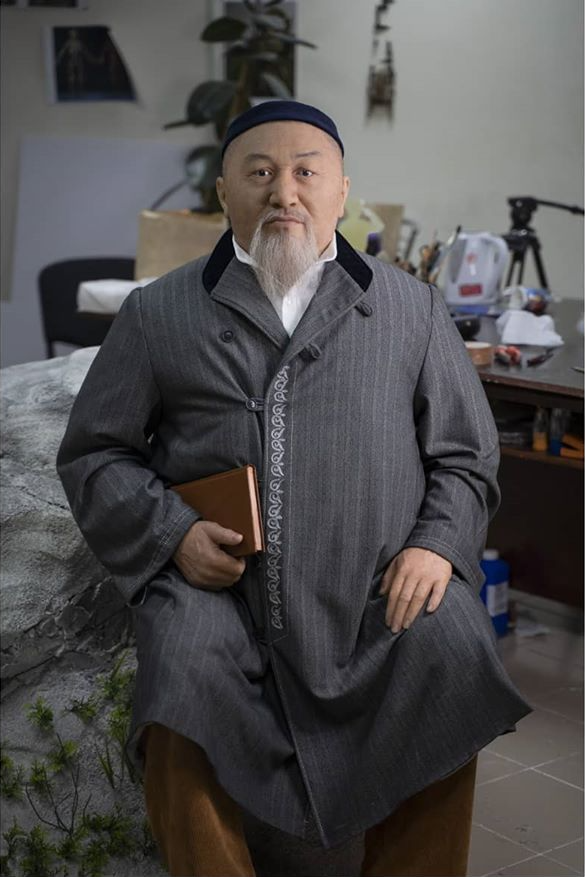 He also made sculptures of Abylai Khan (Khan of the Kazakh Khanate in the 18th century), Barack Obama, Donald Trump, and Kazakhstan’s First Defense Minister Sagadat Nurmagambetov. Creating historical figures such as Abai is a greater challenge because of the lack of good quality photos.

“I worked with black and white photographs [of Abai] so we have to show everything in a rough way. The most important thing is to make it as realistic as possible,” he told Khabar 24 channel.

“The sculpture is created with the direct participation of specialists such as restorers and tailors. The specialists who can look at the photographs and determine the composition of the material from which this or that garment was sewn, what color it could be, among other details. Each step in the work is done only after careful discussion,” he added.

The sculptor plans to create his own museum similar to the Madame Tussauds wax museum. The museum’s wax figures inspired Yesmagambetov to pursue this as a career.

“It is very important for me to open a museum similar to Madame Tussaud’s. For this, I do everything in my power. If such a museum opens, I would like to constantly replenish the collection with historical or contemporary personalities, and also create my own team and educate students interested in the craft. It takes from four months to a year to create one realistic figure. The materials are not cheap. As things stand, they have to be specially shipped from the USA,” he said.