NUR-SULTAN – A Kazakh delegation led by Foreign Minister Mukhtar Tileuberdi met with their South Korean and Central Asian counterparts to discuss the possibility of cooperation in the area of improving healthcare, distance education, standardization, and the environment during the Nov. 25 13th meeting of the Central Asia – Republic of Korea Cooperation Forum in Seoul. 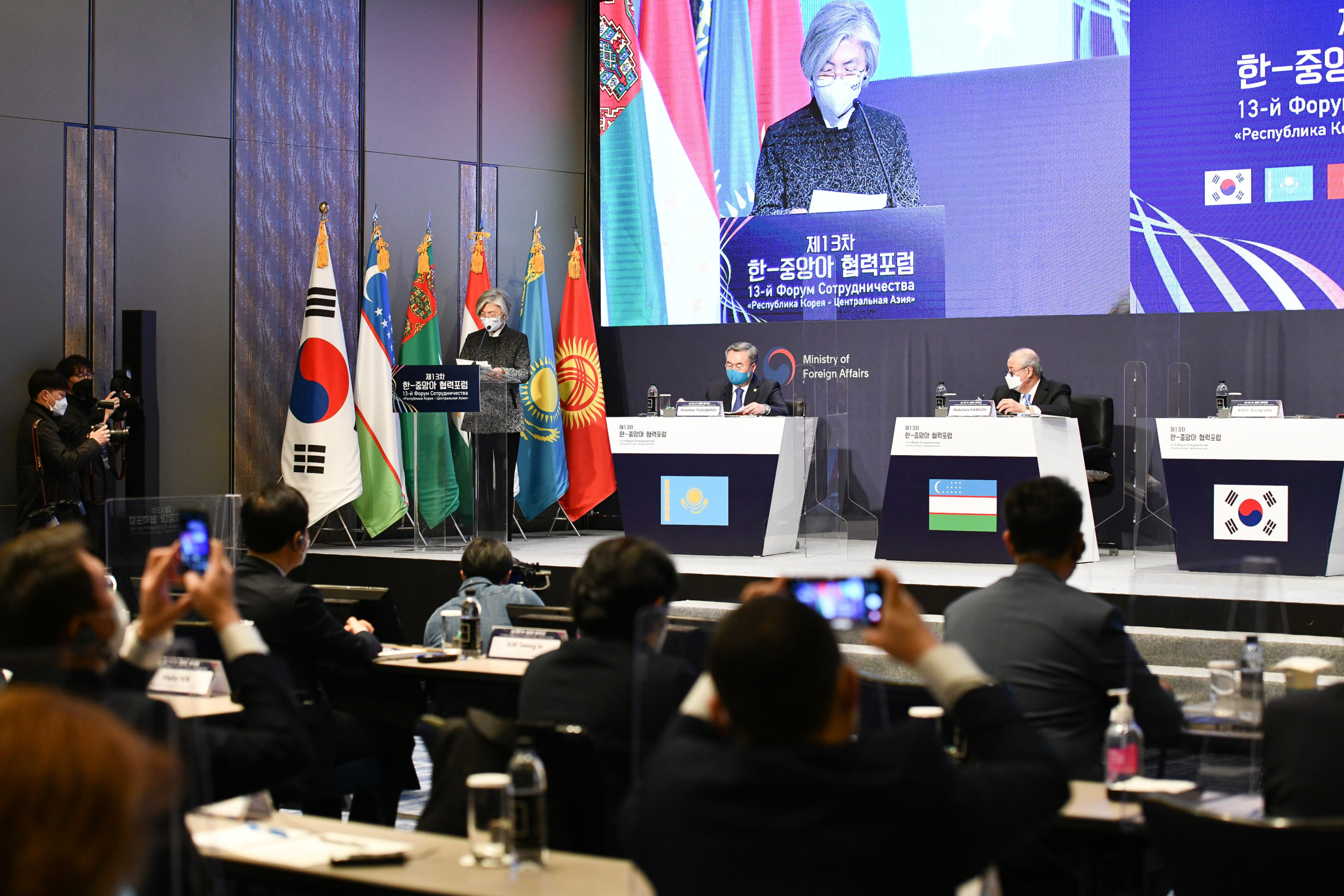 The delegations had thoroughly discussed their cooperation in combating the COVID-19 pandemic, as well as ways to overcome its negative consequences for the regional economy and to facilitate foreign economic activity.

The parties agreed to exchange experiences in enhancing the quality of educational programs with digital technologies. The participants touched upon the state of distance education, professional training of the teaching staff, monitoring visits, and exams.

The heads of foreign agencies also discussed the possibility of eliminating technical barriers in trade, working to improve the product quality and competitiveness, as well as the national standards in Central Asian countries and South Korea.

The ministers emphasized the need to adopt deep systemic changes on the road to a green economy, to minimize harm to the environment, and to rely less on natural resources.

Central Asian countries expressed their interest in modernizing the regional economy with South Korean economic and technological potential. The parties decided to direct the forum’s efforts towards restoring trade and economic interaction and, hence, minimize damage to the delicate socio-economic situation in their countries.

On the sidelines of the forum, the Chambers of Commerce and Industry of Central Asia and the Korean International Trade Association (KITA) participated in their first business council.

“In general, the intensification of multifaceted cooperation between the Central Asian states and the Republic of Korea on the basis of mutual respect and benefit meets the common interests of the region and is an important factor in sustainable development,” the Foreign Ministry’s press service said in a statement.

The foreign ministers adopted a joint statement at the end of the forum.