By Zhanna Shayakhmetova in Culture on 1 November 2020

NUR-SULTAN – The “Images from Abai Opera” exhibition dedicated to the 175th anniversary of Kazakh philosopher, poet and composer Abai Kunanbayev will be opened Nov. 8 at the Astana Opera House in Nur-Sultan, the theatre’s press service reported. 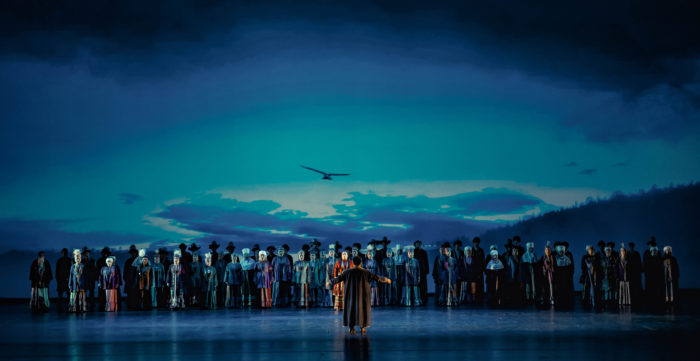 The exhibition will showcase more than 200 costumes created by Academy Award winner Franca Squarciapino for Akhmet Zhubanov and Latyf Khamidi’s opera “Abai.” The costume designer studied the archival materials and pictures in libraries and museums to create the atmosphere of that period.

General Director of the Astana Opera House Galym Akhmedyarov said that the opera based on Mukhtar Auezov’s libretto will be staged on the opening day of the exposition. Principal Conductor and Honored Worker of Kazakhstan Alan Buribayev will conduct the orchestra. 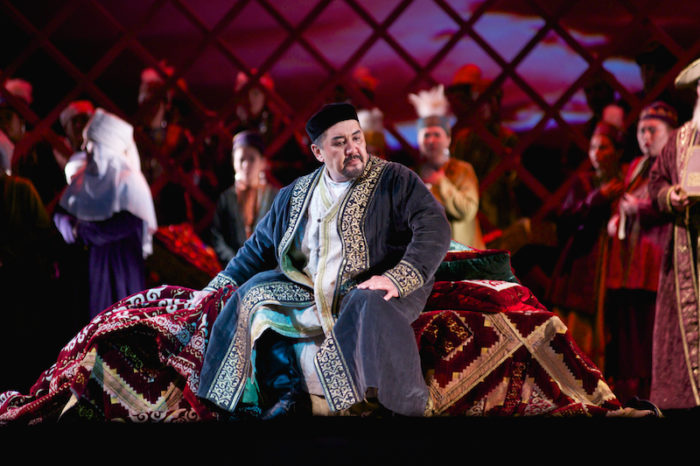 “The Kazakh poet’s works are a true phenomenon and a bridge connecting the past with the future. Kazakhstan’s First President Nursultan Nazarbayev wrote in his article “The Spiritual Testament of Abai.” He emphasized that Abai has always been and remains today the main guiding star for our people,” said Akhmedyarov.

The exhibition also features a series of pictures about the history of the legendary production from the premiere day and how the opera was created.

The opera premiered in 2015 at the Astana Opera House. The troupe received the State Prize of Kazakhstan in the field of literature and art for the “Abai” opera in 2018.

The four-act opera is considered the finest Kazakh opera written in the Kazakh language. It tells a tragic story about love, marriage, death and envy. Abai helps two lovers – Aidar and his fiancé Ajar, but Aidar’s envious enemy poisons the young man. The opera was staged for the first time in 1944 at the Abai Kazakh State Academic Theatre of Opera and Ballet. A new version was introduced in 1958.

The theatre also plans to organize the exhibitions dedicated to famous Kazakh opera singer Maira Mukhamedkyzy and principal soloists of the opera and ballet companies on the days of their performances in the near future.

The Ministry of Healthcare allowed theaters to resume their work with an attendance limit of 50 percent or no more than 50 people from Sept. 17 nationwide. For visitors, it is necessary to register on the infokazakhstan.kz website, observe social distance requirements and wear masks.