By Zhanna Shayakhmetova in Nation on 12 November 2020 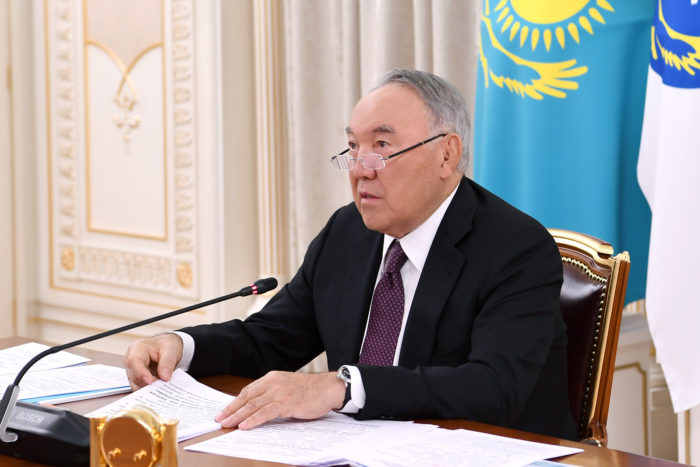 The Assembly of People of Kazakhstan (APK) was established on the initiative of Nazarbayev in 1995. The APK has a mission to ensure socio-political stability in the country and to improve the efficiency of cooperation between state institutions and civil society in the sphere of interethnic relations.

Nazarbayev noted that the assembly has the best characteristics of civil society contained within it. The assembly contributed to keeping friendship, peace, tranquility and trust an integral part of Kazakhstan.

According to Kazakh law, any actions that violate interethnic and interfaith consent are unconstitutional. Kazakhstan’s policy in this area meets all international standards. International organizations such as the United Nations (UN) and the Organization for Security and Co-operation in Europe (OSCE) highly praise Kazakhstan’s model of interethnic relations and efforts to strengthen the unity of the nation.

Nazarbayev said that all ethnic groups in Kazakhstan supported the consolidating role of having a state language. 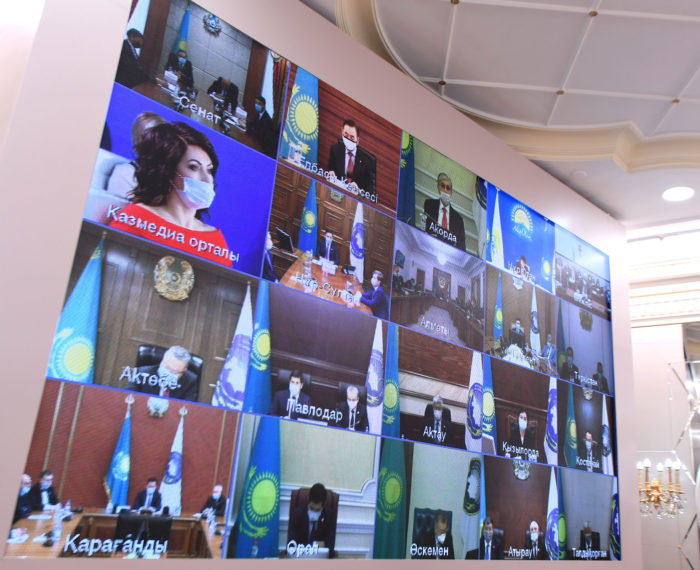 He also noted the efforts of the APK representatives that supported people during the pandemic.

Nazarbayev said that an upcoming new stage in development will take place in difficult external conditions due to instability in some regions of the world and uncertainty about the future. Conflicts and the COVID-19 pandemic have further exposed the existing problems in some countries. The global crisis led to a significant decline in the standard of living of people in many countries as well as an increase in the poverty rate.

The Kazakh government has taken all the necessary measures for the sustainable economic development of the country, by increasing the social well-being of people, noted Nazarbayev.

There is a need for a new inclusive policy in the field of interethnic relations and it is important to develop measures designed for deepening society’s integration. “We should implement the integration potential of Kazakhstan’s model of unity and harmony using our experience. It is necessary to continue work on transforming the ethnic and cultural diversity of Kazakhstan into a competitive advantage and an effective tool for strengthening the country’s independence. Peace, harmony and unity remain the key priorities of state policy,” he said.

The Kazakh language has the potential to become a unifying factor for further strengthening the unity of the people. Kazakh people both respect their national identity and language and other nations that also contribute to the development of the country.

Nazarbayev also called on representatives of all ethnic groups to participate in public life. “A third of the population of our country are representatives of various ethnic groups. They make contributions to the achievements of Kazakhstan, and we should build up this potential. This is related to the living patterns of ethnic groups. On the one hand, all the conditions are there for the preservation and development of traditions, languages, and cultures of these ethnic groups. On the other hand, it is necessary to cultivate open, non-isolated communities in their cultural, linguistic and socio-economic niches,” he said.

Enforcing tolerance and combating xenophobia among young people are a special priority for the Kazakh state.

“The assembly was established because of the common aspirations of all ethnic groups living in our country. The assembly is created by the entire nation. And we should take care to keep it that way. Our integration model is based on maintaining a socio-cultural, civilized core – we must preserve these values in our society,” Nazarbayev said.