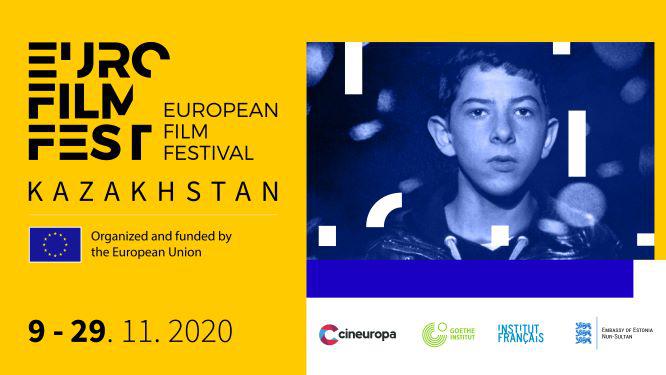 The festival, which brings 18 films from EU countries to a Kazakh audience, will run through Nov. 29. Its goal, according to the organizers, is to present the European film industry, boost people’s interest in cinematographic art, and strengthen international cooperation.

The opening ceremony was attended by European Union Ambassador to Kazakhstan Sven-Olov Carlsson, Attaché for Commercial and Cultural Affairs at the Italian Embassy in Kazakhstan Emilio Sessa, directors Carlo D’Ursi from Italy and Rain Rannu from Estonia, and Kazakh director Adilkhan Yerzhanov, who is also a member of the European Film Academy.

“This year, our festival will be organized for the first time in an online format, making European cinema even closer and more accessible to the Kazakh audience. The festival program includes films of various genres, from drama and comedy to animation and documentary films. I believe that European cinema will not leave anyone indifferent because it brings up acute social issues and touches people’s deepest feelings and concerns. This is a tale about us all. I am also pleased that Kazakhcinema is rapidly developing and winning prestigious awards at European film festivals. This is an excellent opportunity to share experiences and show European viewers the stories of Kazakh people,” said Carlsson.

Jonas Carpigniano’s “A Ciambra” opened the festival. The Italian drama tells a story of a 14-year-old Pio Amato, who grows up in a small Roma community in Calabria in the south of Italy.

The feature was screened at the 2017 Cannes Film Festival, where it won the Europa Cinemas Label award. It was also selected by Italy as a best foreign language film for the 90th Academy Awards but was not nominated. The film discussion with director Carpigniano will take place online Nov. 12.

Rain Rannu’s “Chasing the Unicorns” will close the festival program Nov. 28. The movie is based on real stories of Estonian eco-startups and tells the story of a female founder trying to take a male-dominated tech world by storm – from Estonia to Silicon Valley.

Carlo D’Ursi will deliver a master-class for Kazakh filmmakers, and students Nov. 18. Carlo D’Ursi is a director, producer and actor, who has more than a decade of experience in the film industry and heads the Potenza Producciones production company, which has accumulated more than 400 awards, focuses on international co-production and helps the films to compete at film festivals such as Cannes, Venice, Málaga, and Montreal.

All films are available online with Russian and English subtitles at festivalscope.com for free only on the territory of Kazakhstan. Registration is required.