By Aidana Yergaliyeva in Culture on 17 November 2020

NUR-SULTAN – World-famous Kazakh singer Dimash Kudaibergen spoke about his childhood, the aftereffect of fame, day-to-day life, his creative team, his music, and his future in an interview with the Muz-TV channel general director Arman Davletyarov. 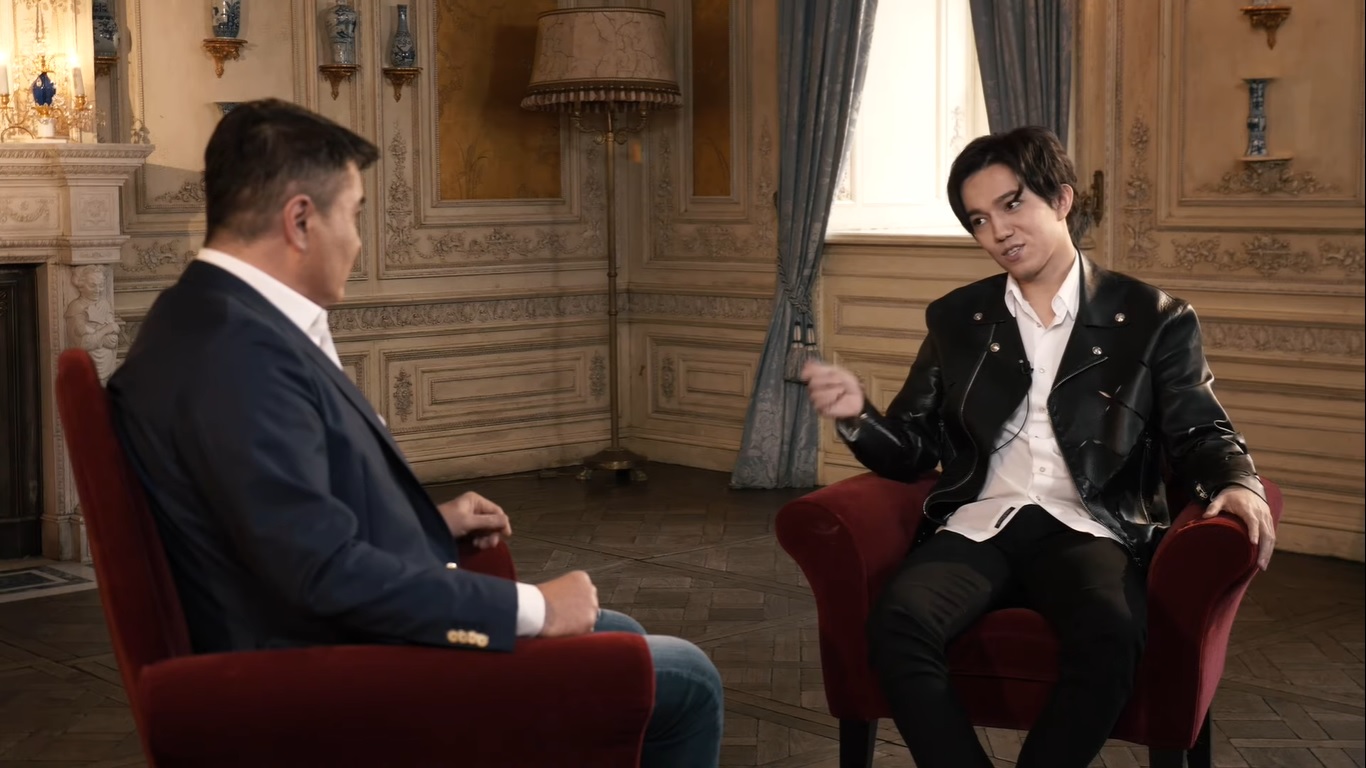 Dimash Kudaibergen in an interview with Muz TV channel.

While many people jump from occupation to occupation interchangeably throughout their lives, Kudaibergen knew that he wanted to pursue a career as a vocalist from the age of two. He heard his first ovations as a five-year-old performing in an Ainalaiyn (Darling) national competition.

“I remember that when I was two or three years old, I drew a studio, computer, sound amplifiers, speakers, an equalizer, microphones, and stages, while other boys were drawing only cars. Back then I sent my dreams and plans to space… I always wanted to sing on a big stage. As far as I know, I have never even thought of other options in my career,” he said.

According to the singer, being recognizable around the world makes him feel joy and fear at the same time.

“It is not the fear that I am popular now, and that after a few years, I might be forgotten. I am afraid of letting them down. I try to please my parents and friends,” he said. 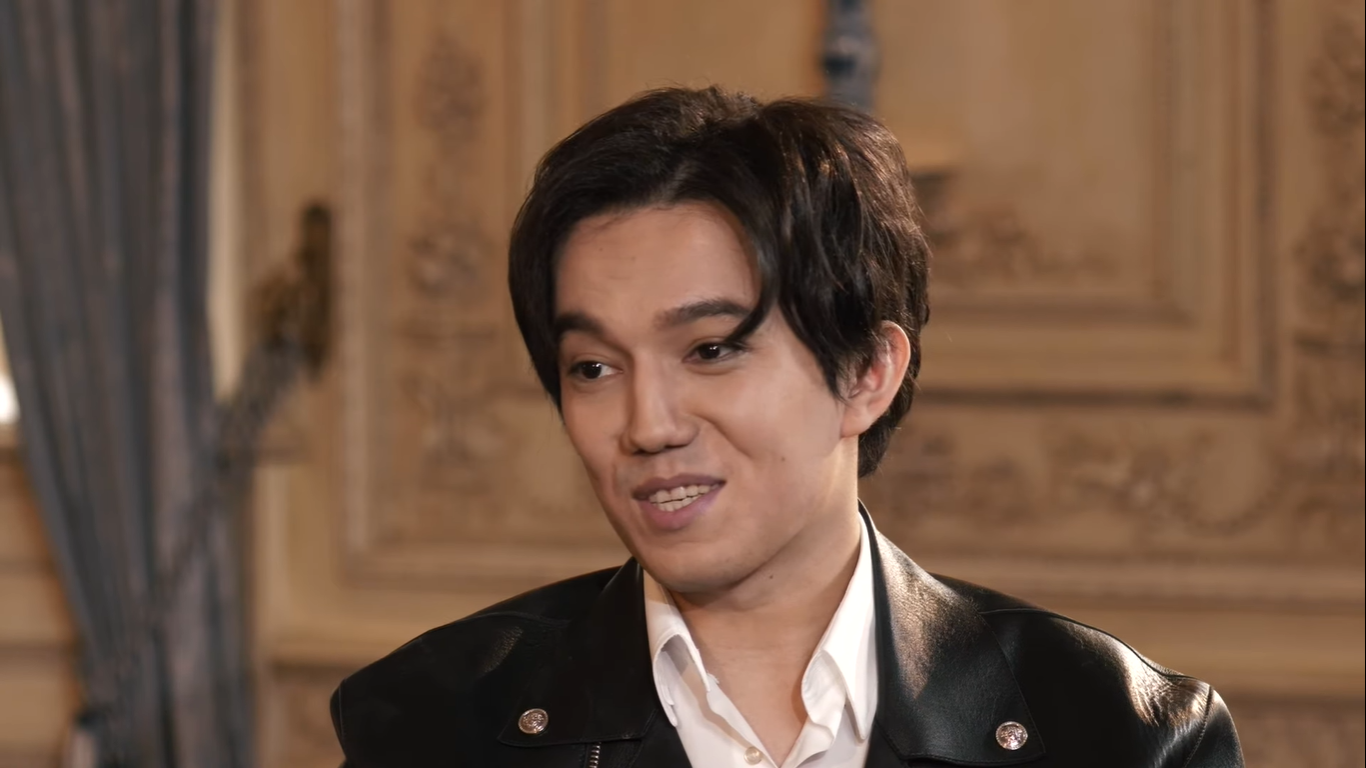 Kudaibergen’s daily life is usually very vibrant. One day is nothing like another. Before the pandemic, he had many tours, concerts, and big projects. During quarantine, Kudaibergen continued to live in his studio, write music and continue to cheer up his fans with new releases.

“It (my day) is always different. It sometimes happens that we sit in the studio from evening until noon of the next day. After four or five hours of sleep, we gather up again with the guys and start working again and dream of a good future,” he said.

Kudaibergen feels at home on any stage as he is surrounded by his family and friends in all of his performances. In addition to this, he refers to his fans as his family. In other words, every tour is like a large family gathering for him.

“My musician friends are touring with me. My close friends Rasul and Zarina sing back-up vocals, my brother and friend Yerlan is an arranger and a sound manager. My own sister Raushan is sitting behind the prompter. My dad and mom are running behind the stage, worrying, although there are organizers and directors. My own brother Mansur plays the dombra with me. Another brother Alikhan also plays the dombra with me,” he said.

According to the singer, he wants to spread peace, humanity and friendship with no artificial boundaries through his music.

“I want there to be no war. We are all humans. We were all born to live a worthy life… In this regard, I want to thank my fans for the example they show that people should be friends with each other and that there should be no boundaries. In America, I had a solo concert at the Barclays Center. People came from 54 countries and sang in Kazakh. I have dreamed about this day since my childhood. They hugged, smiled at each other, even though they did not know the language,” he said.

Kudaibergen has high hopes that he will be able to continue his career and grow old on a stage.

“I don’t want to change anything in my life. I’m happy with what’s going on. In the future, I see myself as a touring, singing old man. I think I am a very happy person. In life, I am not bored because I do what I love, ” Kudaibergen concluded.