By Zhanna Shayakhmetova in Culture on 5 November 2020 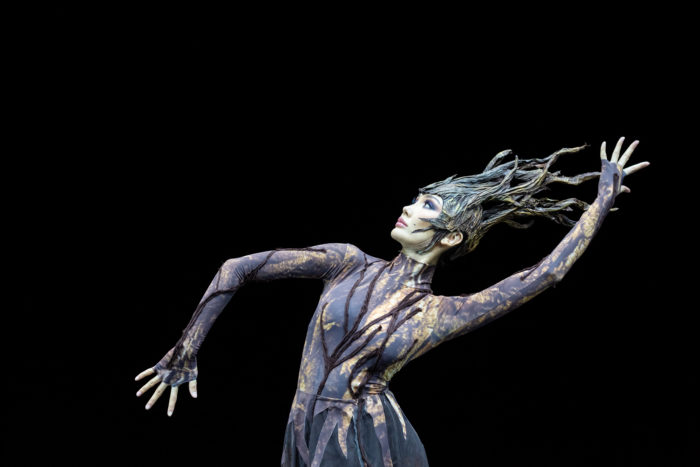 The ballet tells the story about the conflict between humans and nature. It raises one of the more important issues of our day – the human impact on the environment and its consequences including air pollution, destruction of natural ecosystems to climate change and global pandemics.

A rare tree turanga (in Kazakh: zheltorangy), which can be found in the desert steppe of the Altyn Emel National Park, symbolizes the strength that people need to face tests and trials. The Kazakh people have many legends related to the unique tree.

In the story, the turanga tree survived in the sand dunes and withstood harsh conditions due to its roots. Some people decided to cut down the tree, but a brave young man stood up to protect the tree. He died defending the beautiful tree and the tree grieved for a long time, mourning its protector.

Choreographer Sadykova noted that now this topic is more relevant than ever.

“We seek to find harmony between nature and man. The Turanga tree with its strong root system symbolizes resilience and power. Our people also have these qualities as they experienced many difficulties and became stronger because of them and continue to move forward,” said Sadykova.

The ballet libretto was written by Kazakh poet Bakhyt Kairbekov.

Kuat Shildebayev’s composition “Turanga’s Sadness” inspired the choreographer to create the ballet. “His music brings different emotions – sadness, pain and a hope for a better future. We tried to find certain moves for ach character that reflect the depth of Kazakh musical instruments, such as the kobyz,” Sadykova added.

“Sadykova’s choreography is distinguished by modern forms and the modern style of the national Kazakh choreography. Her ideas appeal both to the spectators and the dancers. She is a sensitive and attentive person during rehearsals. She is open to co-creation with the soloists,” said theatre’s leading soloist Dilara Shomayeva.