We Can Prevent Another Stringent Lockdown, Says Tokayev

NUR-SULTAN – Kazakhstan can and should escape the stringent nationwide lockdown, said Kazakh President Kassym-Jomart Tokayev at a meeting that focused on the country’s fight against the virus, reported Akorda press service. 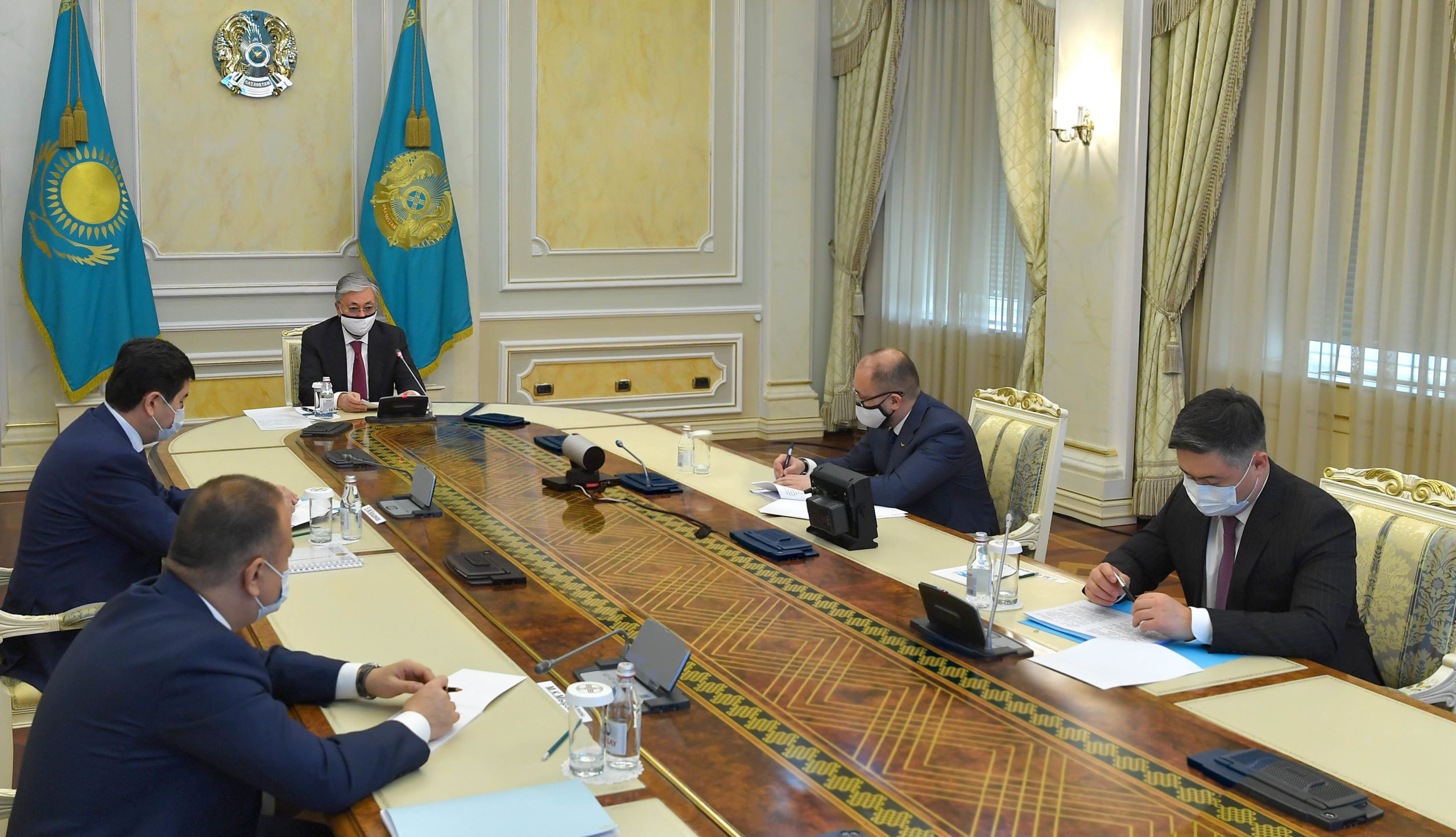 During the meeting, Tokayev warned Kazakh officials to prepare for the second wave of coronavirus as the world witnessed a surge in COVID-19 cases.

Speaking at the meeting, Kazakh Healthcare Minister Alexey Tsoy outlined three scenarios for how the situation might unfold.

“According to the pessimistic scenario, if a mask regime is followed with only 60 percent compliance, the number of confirmed cases in October-December this year will amount to nearly 190,000 and 65,000 will then need intensive hospital care. Lockdown will then be inevitable by mid-December,” said Tsoy.

The second realistic scenario envisions compliance with social distancing measures and the mask regime by 70 percent. In this case, the number of cases from October to December will reach approximately 90,000, and 30,000 will need to be hospitalized with a lockdown by January.

Stringent lockdown could only maybe be avoided with 100 percent mask compliance. In such an optimistic scenario, the number of cases is estimated to reach 40,000 with 15,000 requiring hospitalization.

Kazakhstan declared a state of emergency and went into a nationwide quarantine on March 16 that lasted through May 11. But after the restrictions were eased, the numbers of infected grew rapidly forcing the nation to announce another quarantine on July 5 that lasted until Aug. 17.

At the meeting, Tokayev outlined some of the problems that need to be addressed to avoid a worsening of the situation.

“Despite the expansion of laboratories and the reduction of the cost of testing around the world, our prices remain high between 10,000 (US$23.3) to 18,000 tenge (US$42). I believe that this is an unaffordable price for the majority of our citizens. The government and akims (mayors and governors) must address the financial availability of testing,” said Tokayev.

He also criticized the high prices for personal protective equipment, including masks, and instructed the newly created Agency for Protection and Development of Competition to monitor the pricing policy.

This, according to Tokayev, could help avoid what happened in the first months of the pandemic. As the number of coronavirus infections began to soar last month and misinformation started to spread online, people rushed to pharmacies to buy antibiotics and antiviral medicines, despite the official advice to avoid taking any medication without a doctor’s prescription. The growing panic among people caused a critical shortage of some vital medicines and many, had to wait in lines, including those who actually had an urgent need for medicines. This all led to a critical shortage of vital medicines.

Tokayev also mandated that the government enforce procedures to pay frontline medical workers. More than 150 billion tenge (US$349.4 million) was allocated for this purpose in the second half of 2020, but Tokayev stressed that numerous bureaucratic hurdle were getting in the way.

“They are still fiddling with the numbers and there is still no transparency in their distribution. This is unacceptable. The chief doctors are trying to count working hours, which comes out not in favor of the doctors. At the same time, doctors should not ask for the money they are not entitled to,” said Tokayev.

“Now, these cases are reviewed by various commissions, and money was paid out only to 37 families. This is an absolutely unacceptable situation. Determining the causes of death post factum causes many difficulties, including ethical ones. I have instructed the government to pay all due allowances to the families of these doctors without investigations. The payment should be made as soon as possible,” said Tokayev.

The Kazakh president also noted the growing maternal mortality which tripled in 2020 compared to the last year. Thirty-six women died in eight months of last year, and 131 women in the first eight months of 2020.

“This number has grown by nearly 13 times in the Aktobe Regions, nine times in the Kyzylorda Region and seven times in Shymkent. Why did these people not receive any help? What measures were taken? Akims (mayors and governors) should be forced to answer these questions,” said Tokayev, stressing that maternal and child health, and providing medical care remain a top priority.

He said Kazakhstan managed to avoid a critical economic slowdown, but that the second wave around the world dictates its own rules.

“We learned that the success in the fight against pandemic depends largely on the level of trust of people to the measures and decisions of the government. Trust, in turn, depends on the understanding and involvement of citizens in the actions of officials. It is necessary to have a constant dialogue with citizens, speak honestly, and openly about problems and risks while offering solutions,” said Tokayev noting how the situation unfolds also depends greatly on citizens’ compliance with sanitary rules and preventive measures.