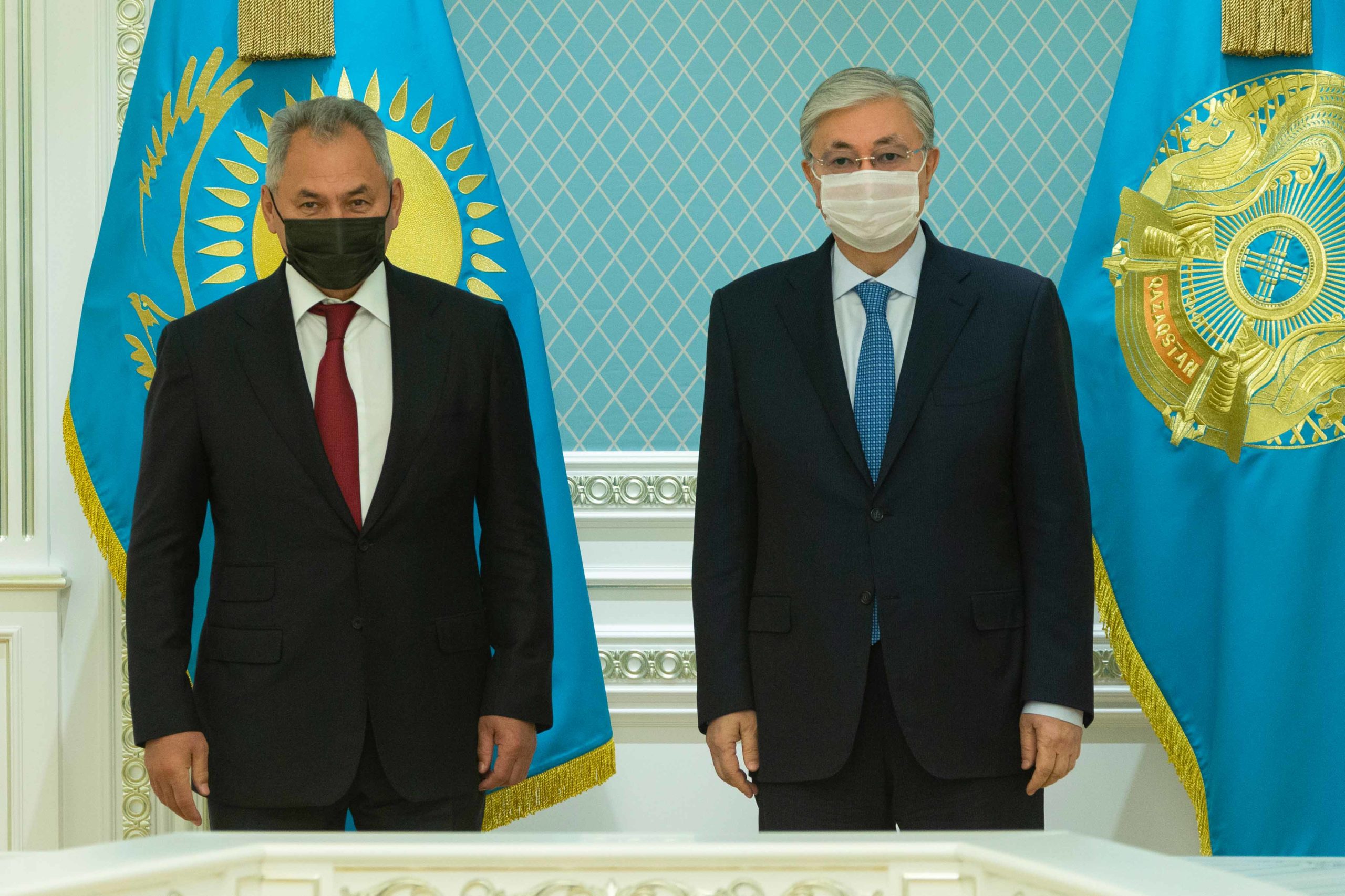 Tokayev and Shoigu discussed strengthening military and technical cooperation between the two countries.

“The military and technical spheres have a very important role in our strategic partnership and relations with Kazakhstan,” said Tokayev.

He welcomed the signing of the agreement on military cooperation, emphasizing that it is one of the most important outcomes of Shoigu’s visit to Kazakhstan.

According to the new agreement that replaced the one signed in 1994, military cooperation covers a wide range of areas and includes military education and training, the supply of weapons and equipment, participation in bilateral and multilateral exercises and combat training activities. It also features new areas and forms of cooperation, among them peacekeeping activities, cooperation within international organizations, addressing challenges and threats to regional security, as well as culture and sports.

Shoigu noted the “extreme importance” of the agreement saying it was “probably the broadest and deepest agreement of all agreements in the sphere of military cooperation” between Kazakhstan and Russia.

He also thanked Tokayev for his country’s participation in Russia’s military parade dedicated to the 75th anniversary of the Great Patriotic War.

As part of his visit, Shoigu also met with his Kazakh counterpart Nurlan Yermekbayev.

Shoigu and Yermekbayev discussed regional security and bilateral ties and reaffirmed their commitment to developing strategic partnership and cooperation.

“We actively participate not only in bilateral events but also in multilateral formats such as the CSTO (the Collective Security Treaty Organization), the SCO (Shanghai Cooperation Organization) and the CIS (Commonwealth of Independent States). The institution for defense consultations at the level of deputy heads of defense ministries is a mechanism that makes it possible to adjust and set priorities for the implementation of agreements,” said Yermekbayev.