By Zhanna Shayakhmetova in International on 26 October 2020 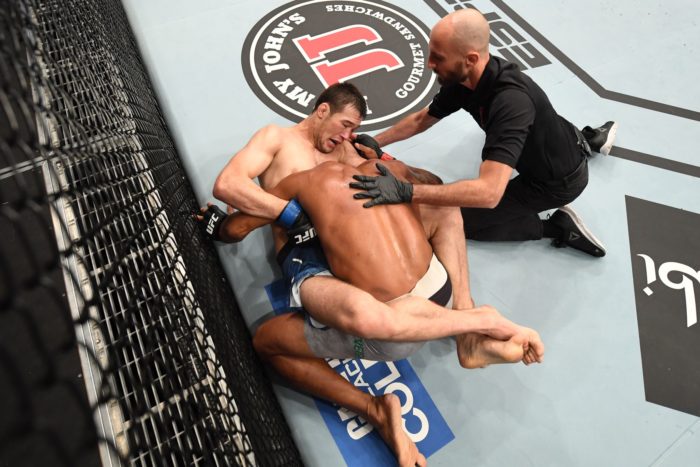 According to Mmafighting.com, Rakhmonov took out octagon veteran Oliveira with relative ease, wrapping on a guillotine choke that produced a tapout at the 4:40 mark of the opening round.

“Oliveira had settled into the clinch after taking a hard knee to the gut from the Dagestani prospect. But he failed to protect his neck as Rakhmonov jumped into a guillotine and headed to the mat. With the submission secure, there was no other option but to give up,” Steven Marrocco wrote on Mmafighting.com.

Rakhmonov has extended his unbeaten professional win streak to 13 bouts with 13 victories.

The UFC has a legit, new prospect in the welterweight division, ESPN reported after Rakhmonov’s debut.

“I am happy to get this win, everyone in Kazakhstan was watching closely, I’m proud to make them happy, I’m very emotional right now,” said Rakhmonov at the press conference.

The fighter plans to take a rest and then think about the next fight. “I proved to myself and to my country that I’m the best and deserve to be here,” he added.

Rakhmonov, 26, is the first Kazakh MMA fighter to sign a contract with the UFC last year. In one of his early interviews, Rakhmonov admitted that his dream came true when he was chosen to represent Kazakhstan in the UFC.