By Zhanna Shayakhmetova in International on 8 October 2020 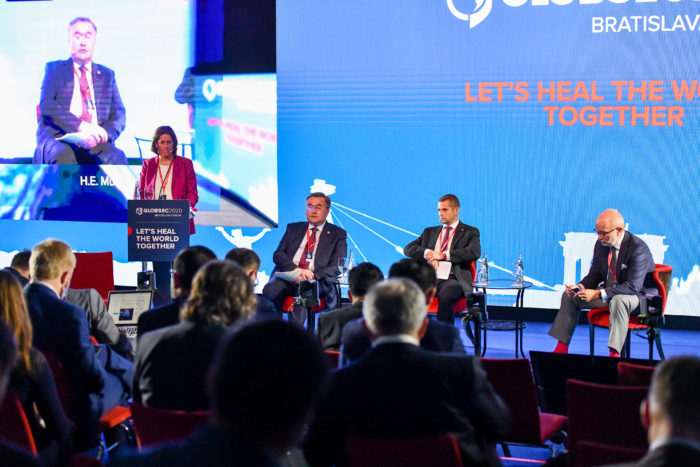 Kazakh Foreign Minister Tileuberdi reaffirmed Kazakhstan’s position towards a dialogue based on mutual understanding at the global, regional and nation levels.

Tileuberdi noted that the nations face many challenges that lead to distrust between countries at the discussion session. In the light of the COVID-19 pandemic, a new international reality has formed that features unresolved conflicts in different parts of the world, there is a gap in socio-economic and technological development, as well as in environmental issues and other trends.

“Kazakhstan believes in a dialogue at all levels based on mutual understanding and respect. The world needs a qualitatively new model of relations between states and peoples,” said Tileuberdi.

The minister also spoke about the initiative of Kazakhstan’s First President Nursultan Nazarbayev on dialogue at the global and interregional levels. He mentioned the idea of planning a summit between the United States, Russia, China and the European Union.

The minister emphasized Kazakh President Kassym-Jomart Tokayev’s policy position which calls for a strengthened role for the United Nations as the main international organization which provides an opportunity for the inclusive participation of all states in solving global issues.

Central Asia countries can observe positive trends in cooperation due to a constructive dialogue at the regional level, noted Tileuberdi. The Kazakh President also proposed a range of initiatives to strengthen the dialogue between the government and society at the national level in Kazakhstan. It includes the establishment and activities of the National Council of Public Trust, reforms in election legislation, political parties, rallies, support for civil society and Kazakhstan’s joining the Second Optional Protocol to the International Covenant on Civil and Political Rights.

The annual GLOBSEC Bratislava Forum is one of the world’s leading strategic conferences in the Central and Eastern Europe region (CEE). The main theme of this year’s forum was Let’s Heal the World Together.

The agenda addressed the future of the world economy, politics and international institutions after the pandemic, the trajectory of the European Union and the CEE region in the post-crisis period, as well as the digitalization trend and the development of democracy.