By Staff Report in Central Asia on 30 October 2020 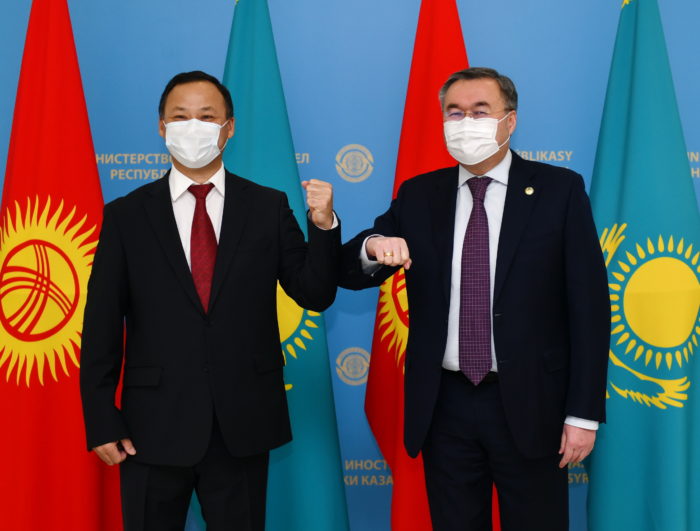 The parties discussed the Kazakh-Kyrgyz cooperation in trade, economic, investment, transit, transport and cultural and humanitarian sectors and increased cooperation in international organizations. Maintaining positive dynamics and regional cooperation in Central Asia is of special importance.

The ministers reaffirmed their commitment to previously reached agreements between the two countries at the highest levels.

The heads of the foreign affairs ministries said that it is important to strengthen the strategic partnership and multifaceted cooperation in line with the Treaty of Eternal Friendship signed in 1997 and the Treaty on Allied Relations signed in 2003.

Kazakh Minister Tileuberdi called on the Kyrgyz side to take measures to ensure the law and the safety of Kazakh citizens and companies in Kyrgyzstan.

The ministers will also continue to work on their joint response to the COVID-19 crisis.