By Aidana Yergaliyeva in Business on 1 October 2020 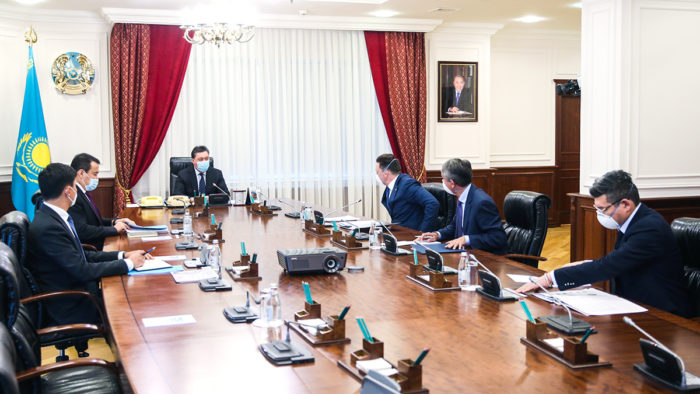 On the same day, Podguzov also met with Kazakh Minister of Trade and Integration Bakhyt Sultanov. The parties discussed the possibility of creating an industrial and logistics hub in Kazakhstan.

“We decided to work closely together on the creation of the International Center for Trade and Economic Cooperation Central Asia, which Kazakhstan is creating jointly with Uzbekistan. It is gratifying that the head of the EDB assesses the prospects of the international center as part of an integral system of commodity distribution flowing throughout the region. Podguzov also expressed the bank’s readiness to become a participant in the project to create a Kazakh national commodity distribution system,” Sultanov said in a facebook post.

Kazakhstan and Russia founded the EDB as an international financial institution in January 2006 to facilitate the development of market economies, sustainable economic growth, and the expansion of mutual trade and other economic ties among its member states. The bank’s other member states are Armenia, Belarus, Kyrgyzstan, and Tajikistan.

The EDB allocated $314 million to projects in Kazakhstan through the first nine months of 2020. The bank plans to increase financing to $335 million by the end of 2020.

A new international airport in Turkestan and the Big Almaty Ring Road (BAKAD) are among the biggest projects involving EDB investments in Kazakhstan in 2020.

Mamin stressed the importance of the EDB’s participation in projects in the agro-industrial complex, industry, transport, energy, among other sectors of the Kazakh economy. He also emphasized the need to focus efforts on financing large infrastructural projects.

Mamin and Podguzov also discussed preparations for the First Eurasian Congress in December. The Eurasian Economic Union (EAEU) member states’ heads will gather for  a session named Economic Pragmatism and Mutual Benefit as the Basis of Eurasian Economic Integration.