By Aidana Yergaliyeva in Astana on 2 October 2020

NUR-SULTAN – The European Union (EU) Delegation to Kazakhstan and the EU member states planted 27 trees at the EXPO site in Nur-Sultan as part of the European Union Climate Diplomacy and the #EU4GreenKZ campaign, the delegation’s press service reported. The diplomats planted 15 Christmas trees and 12 oak trees. 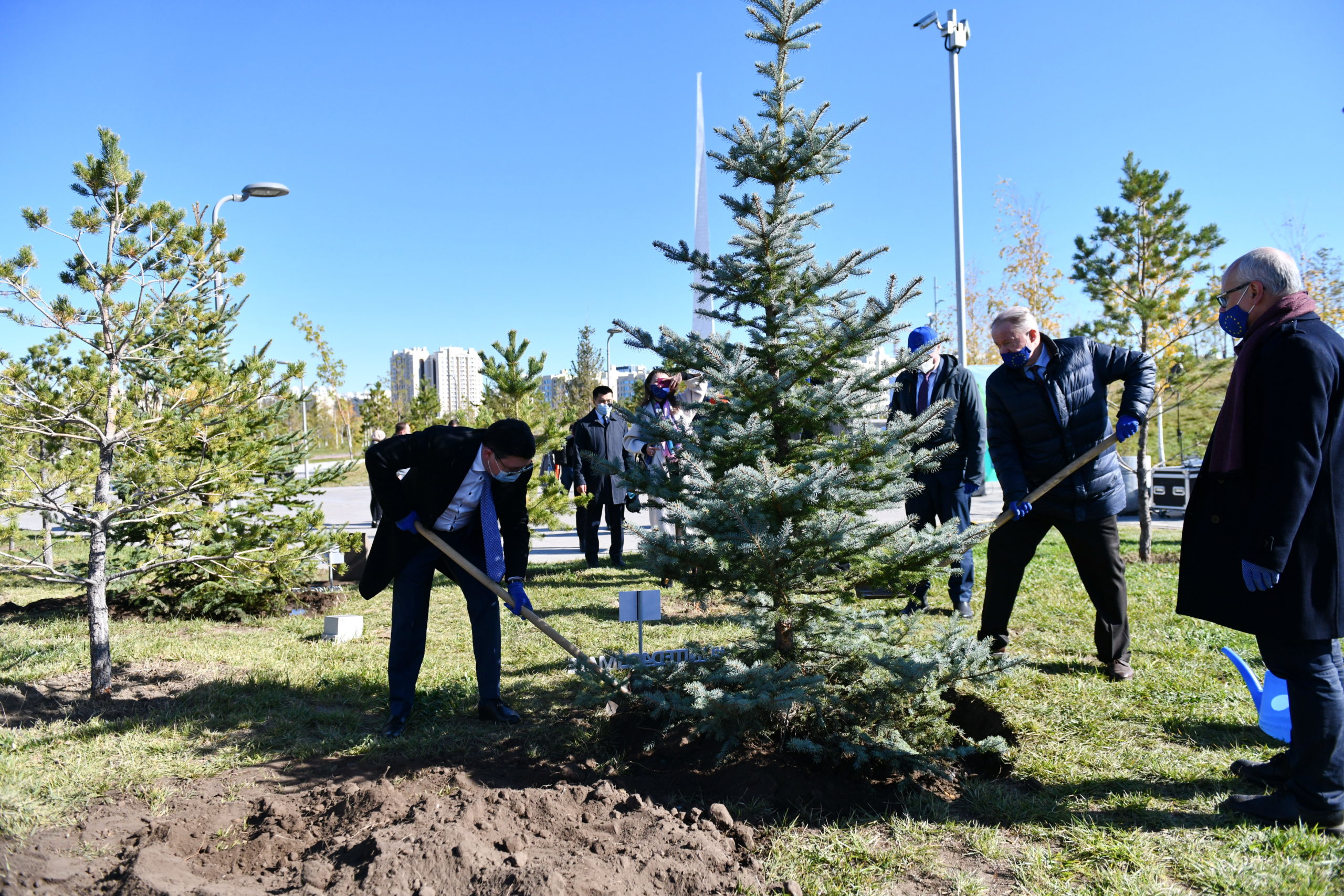 The Nur-Sultan Akimat (city administration) and the Kazakh Ministry of Ecology, Geology, and Natural Resources also supported the tree-planting event. The trees will serve as another friendly gesture and a visible reminder of the commitment of Kazakhstan and the EU to a green and sustainable future.

Kazakh Deputy Foreign Minister Margulan Baimukhan stressed that sustainable development issues and climate change, are always a priority in the state’s agenda. The tree-planting event was an important contribution to Kazakhstan’s goal to plant more than 15 million trees in rural areas and two billion trees throughout the country within five years, a promise Kazakh President Kassym-Jomart Tokayev voiced during his state-of-the-nation’s address.

“The EU commends Kazakhstan for having taken bold steps to move towards sustainable development. In 2013, Kazakhstan launched the Green Economy Transition Plan, which is one of the most ambitious in the Europe and Central Asia region,” said EU Ambassador to Kazakhstan Sven-Olov Carlsson during the opening ceremony. 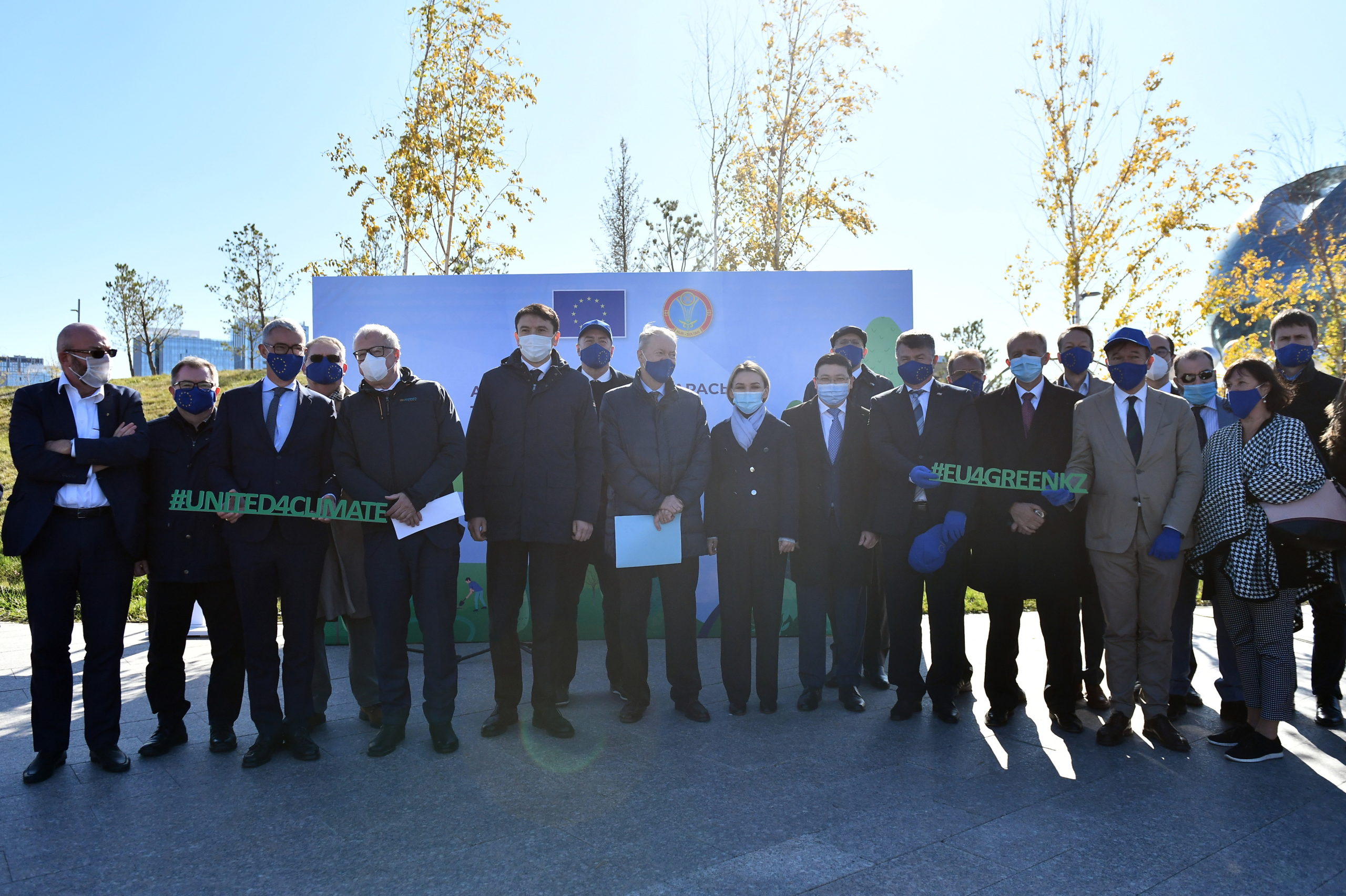 “The EU is proud to be a part of these achievements by contributing to the green development of the country both through our regional and bilateral programs. Cooperation in the area of environment and green economy is also amongst the priorities of the EU–Kazakhstan Enhanced Partnership and Cooperation Agreement, which entered into full force in March 2020,” he added.

The EU supported Kazakhstan’s ambitions to transit into a green economy model with a 7 million euro (US$8.21 million) project through 2015-2018. The program aims to contribute to Kazakhstan’s long-term environmental sustainability and inclusive economic development.

As of today, the EU has 15 ongoing regional programs to achieve more sustainable use of water, energy, environment, and the water-food-energy nexus for a total of approximately €100 million. This also includes the water and environment cooperation platform (WECOOP) and the Central Asia Water and Energy Program (CAWEP).

As part of the #EU4GreenKZ, the EU Delegation to Kazakhstan will also launch #Ecoselfie challenge on its social media pages, organize a Green Europe Tour with Erasmus students, as well as a workshop series on the brave new green economy.