By Aidana Yergaliyeva in Culture on 25 October 2020

NUR-SULTAN – Alan Buribayev, the principal conductor of the Astana Opera house, blew away Nur-Sultan’s audience with the opera and symphony concert titled “Molière, Voltaire, and Beaumarchais, or the Fathers of the French Comedy” on Oct. 17 and 18 in Nur-Sultan. The audience gave standing ovations, the Astana Opera press service reported. 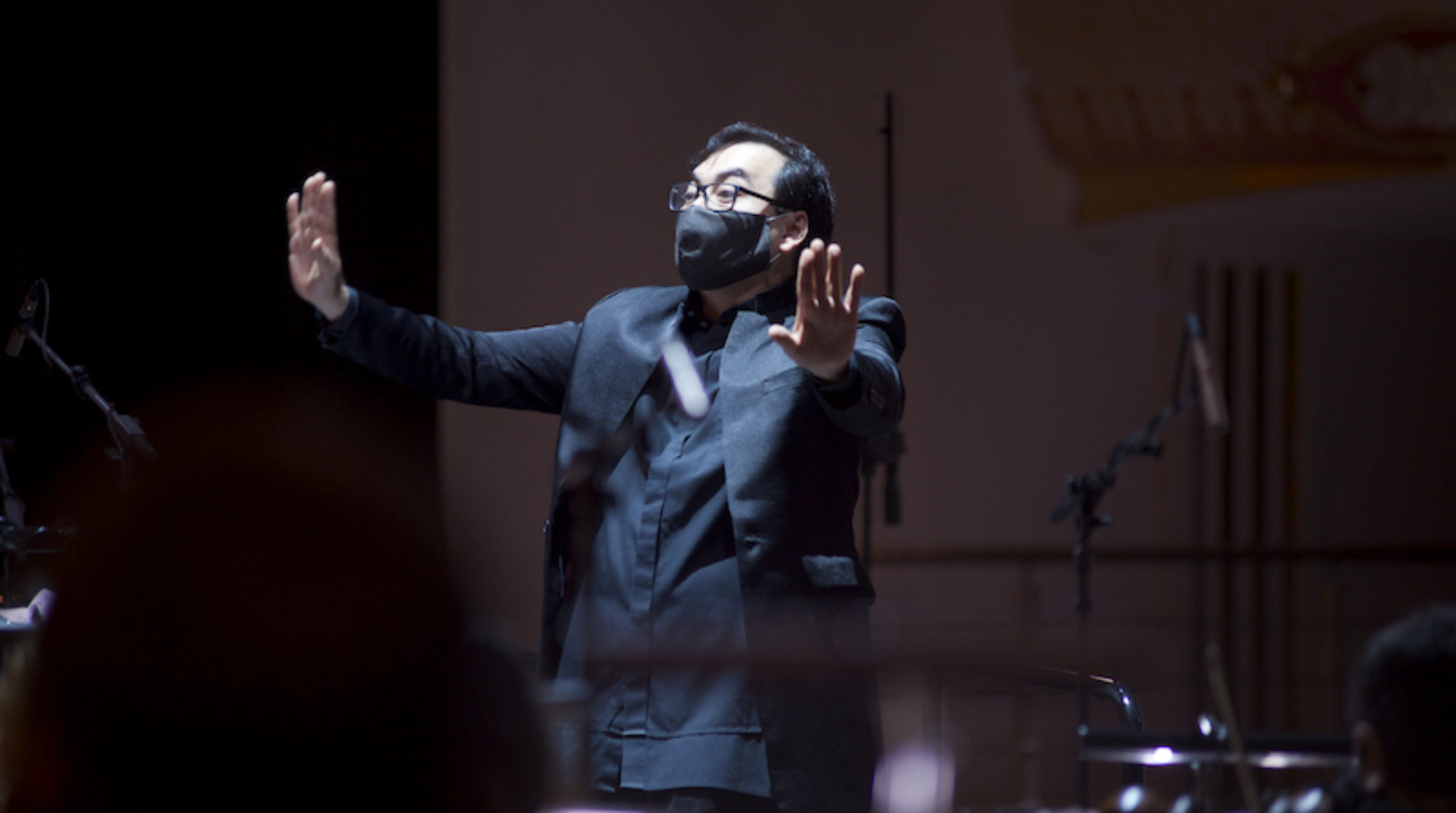 “The maestro once again confirmed his status as a consummate professional, able to offer the audience a program that has no analogs anywhere, even in international musical life,” the Astana Opera press service said.

As the concert title suggests, Buribayev’s concert showcased some works of the three classical playwrights of the French comedy. Their plays formed the founding stone of countless comedy movies, TV series that people watch on a daily basis.

“This concert was my attempt to create something cheerful for our audience at the Astana Opera House during this difficult time. This concert is a showcase of the history of the development of French comedy over a period of about 150 years,” Buribayev told the press after the concert.

Buribayev bravely used a little bit of everything that the Astana Opera had on offer to create the concert. It is an opera with symphonic music, seasoned with classical literature, drama theater, a pantomime, ballet, and choreography. 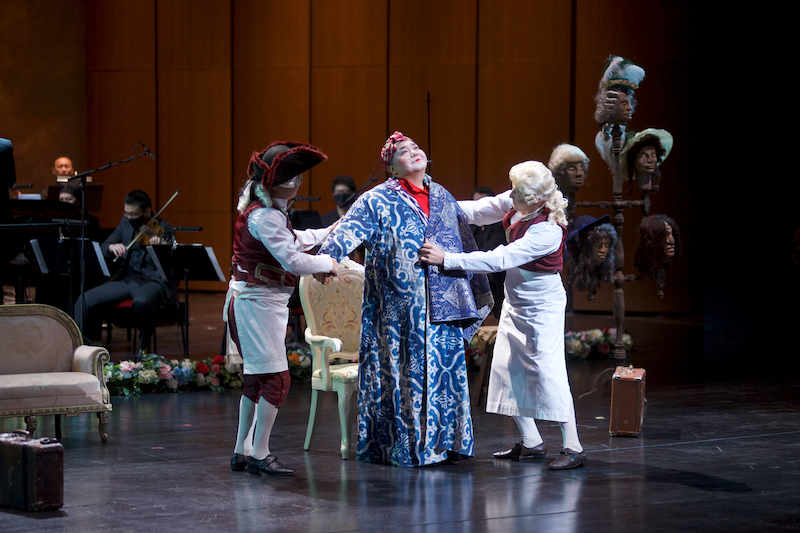 From “Molière, Voltaire, and Beaumarchais, or the Fathers of the French Comedy” on Oct. 17 and 18 in Nur-Sultan. Photo credit: zakon.kz.

“To some extent, this concert is an attempt to bring to life a universal synthesis of the arts,” Buribayev said. “The concert also contains notes of dramatic theater in the form of a monologue by Moliere’s hero, Monsieur Jourdain, with the participation of Miemans and ballet artists, and an opera in the form of a Mozart finale with a large number of soloists, and a literary canvas that frames and reveals the life portraits of the playwrights and composers who wrote magnificent music based on their works.”

Another feature that makes this particular concert unique is Burbayev’s approach/method of building the play around music and not vice versa.

“It was a desire to start from music, to create a synthesis of literary and musical principles, where the texts would reveal the essence of the musical fragments more deeply. Usually, they write ‘music for the play’ implying that the dramatic principle is the dominant force, and the music is the accompaniment. I proceeded from the opposite because, for me, music is the element that is the most interesting,” the maestro said.

The pandemic, the lockdown, and the newfound availability of many artists allowed for creativity to flourish. Buribayev believes that the new global reality pushed the arts forward.

“The global lockdown gave an incentive to search for new forms of expression and attempt new unexpected collaborations. During these extraordinary times, all peoples are waiting with great interest to see what unexpected form of art emerge,” he said.

Buribayev’s first tour after the quarantine will start in St. Petersburg and is dedicated to the 90th anniversary of the St. Petersburg Symphony Orchestra.