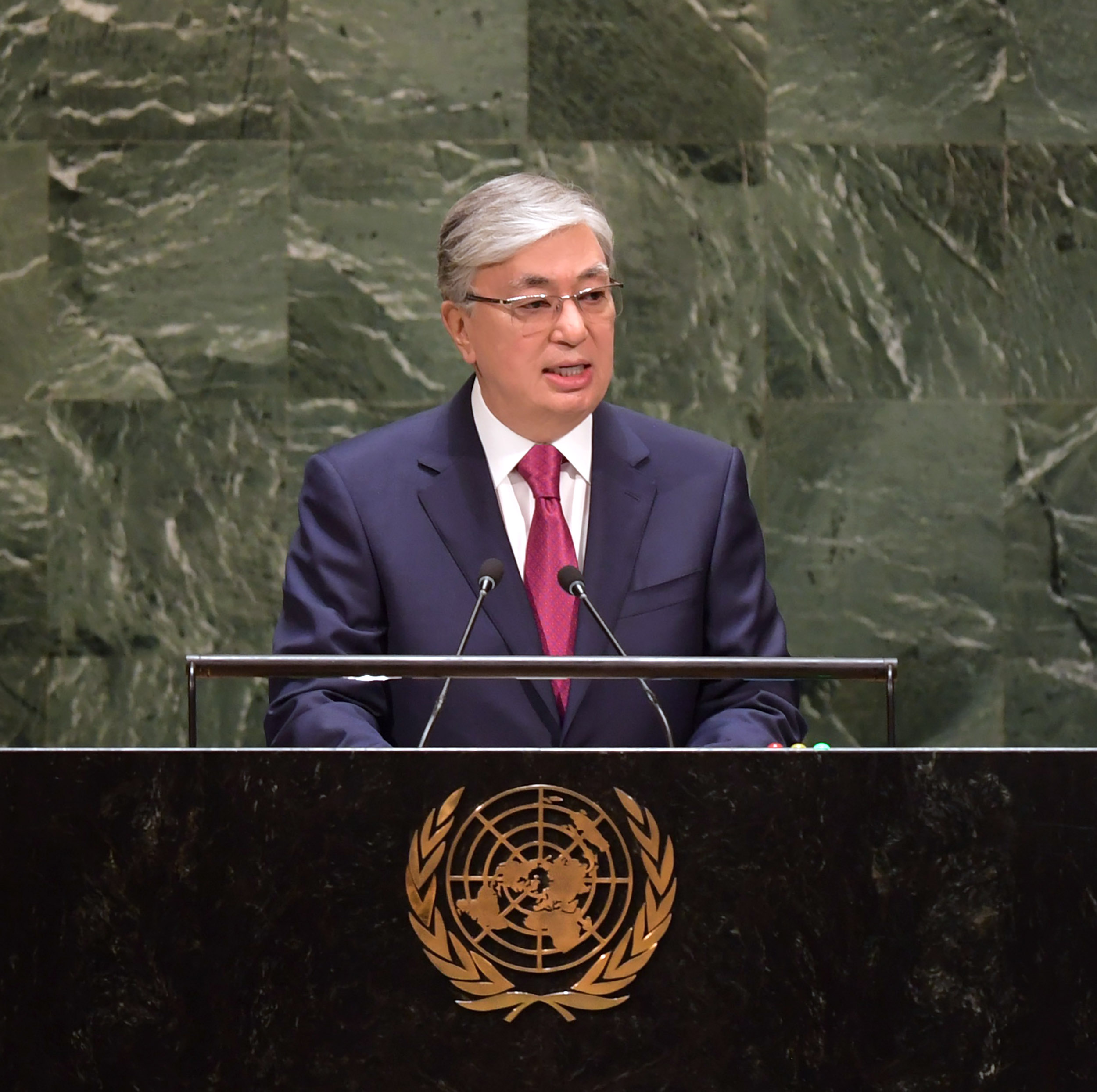 “Kassym-Jomart Tokayev is expected to speak about the importance of consolidated efforts of international community in addressing current global challenges, including the coronavirus infection, global economic growth recovery, fight against terrorism, nuclear disarmament and non-proliferation, climate change. The head of the state will mention the strengthening of the UN’s role as a universal and uncontested organization playing a central role in global politics as well as implementation of Sustainable Development Goals until 2030,” said Uali.

The Kazakh President is also expected to speak at the GA special event scheduled for Sept. 23.

The anniversary General Assembly session, for what is usually the world’s biggest diplomatic event, is themed “The Future We Want, the UN We Need: Reaffirming our Collective Commitment to Multilateralism.”

In September 2019, in his first address to the UNGA, Tokayev talked about the “alarming new global reality” and challenged his fellow leaders to think afresh about why people were so worried about the future.

This year, heads of states, including the U.S. President Donald Trump, Russia’s Vladimir Putin, and France’s Emmanuel Macron, will exchange the statements in a pre-recorded video message to an almost empty General Assembly hall.