NUR-SULTAN – Kazakh Foreign Minister Mukhtar Tileuberdi participated in a meeting of the Public Council that explored the work of the ministry amid the COVID-19 pandemic and the new edition of Kazakhstan’s law on diplomatic service, the Kazakh Foreign Ministry press service reported. 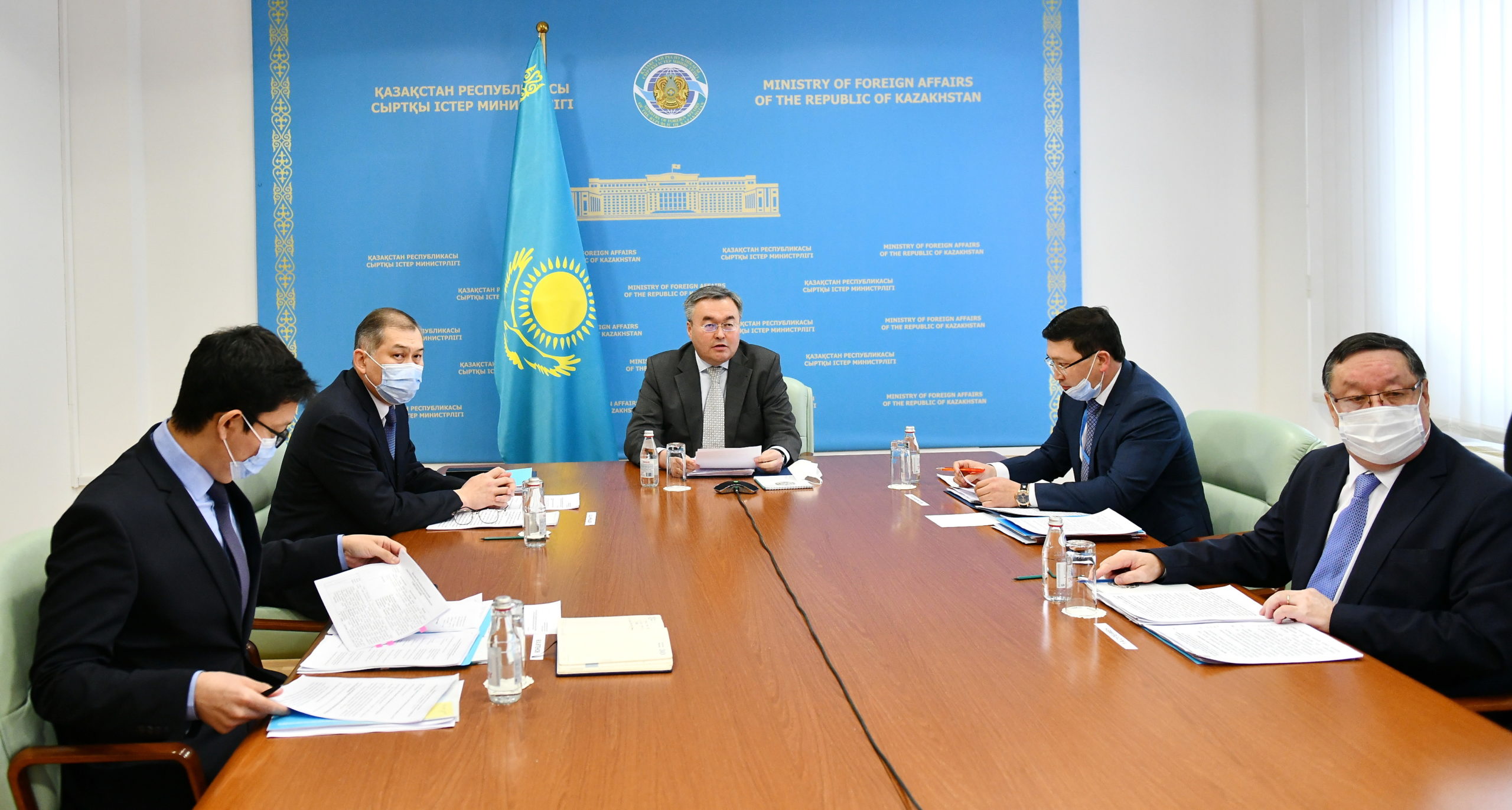 Public councils are consultative and advisory bodies created by ministries and state entities directly subordinated and accountable to the Kazakh President. Their goal is to voice the opinions of citizens, take them into account in the decision-making process, and also ensure public control and the transparent work of state bodies.

The meeting stressed the need to strengthen the role of the council as an open platform to discuss the nation’s foreign policy and develop proposals and recommendations on the fight against corruption. This, according to the ministry, is in line with the state-of-the-nation address delivered Sept. 1 by Kazakh President Kassym-Jomart Tokayev.

Mukhtar Yerman, chair of the public council and chair of the committee on international affairs, defense, and security at the Mazhilis, the lower chamber of the Kazakh Parliament, emphasized the relevance of the topics raised at the meeting.

During the meeting, First Deputy Foreign Minister Shahrat Nuryshev also spoke about the work of the ministry amid the coronavirus pandemic, and the Executive Secretary of the ministry, Arken Utenov, informed the gathering about the pending draft of the new edition of Kazakh law concerning the diplomatic service.

Lilia Ispenbetova, an expert at the Adal Bilim Anti-Corruption Project Office and Director of the Asian Research Center for International and Comparative Law delivered a report on the recommendations for improving the efficiency of public councils in preventing and tackling corruption.

In her remarks, Ispenbetova spoke about the mechanisms that exist to ensure public control and the monitoring of the work of state bodies by council members, including their participation in events organized by state bodies, access to information, and reviews of citizens’ requests,

Similar to her colleagues, she noted the important role of public control not only in ensuring the openness and transparency of state bodies but also in preventing corruption.

The next meeting of the public council reviewing the work of the ministry is expected to occur at the end of this year.