By Zhanna Shayakhmetova in International on 16 September 2020

NUR-SULTAN – A memorial to commemorate the Soviet soldiers will be built at the Peace and Friendship Park in the Strigovo village in Croatia, reported the press service of the Kazakh Ministry of Foreign Affairs. The official opening of the memorial is scheduled for April 2021. 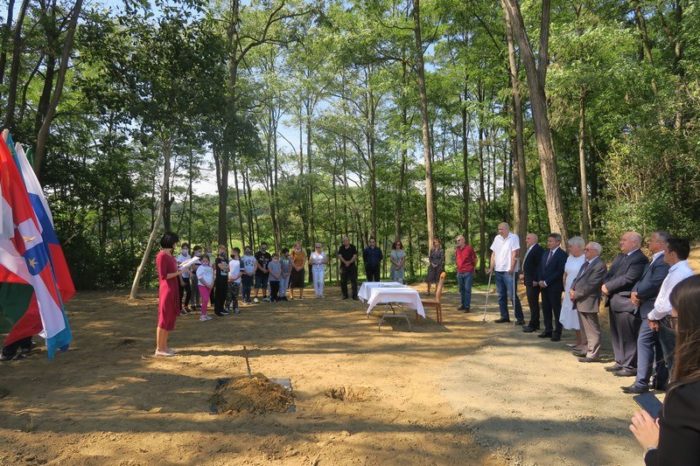 Ambassador of Kazakhstan to Croatia Tolezhan Barlybayev laid a time capsule with a message to future generations signed by the ambassadors of Kazakhstan and Russia and heads of the local administration.

Kazakh ambassador also laid a wreath at the Monument to Fallen Soldiers and Victims of Fascism in Сakovec city. The remains of the Kazakh soldiers who died in the battles for Yugoslavia are buried in the mass grave of Soviet soldiers. The diplomats honored the memory of the fallen soldiers with a minute of silence.

Kazakhstan and Udruga Sjećanje (Croatia’s Association of Memory) agreed to continue the work on the search for the remains and identification of the Kazakh soldiers buried in Croatia.

The third Ukrainian Front, a Front of the Soviet Red Army during World War II, took part in the battles against Nazi forces in April 1945 near the Medimurje region in northern Croatia as part of the Vienna Offensive operation launched by the Red Army.