By Aidana Yergaliyeva in Business on 29 September 2020

NUR-SULTAN – Kazakh Prime Minister Askar Mamin and President of Tatarstan Rustam Minnikhanov launched the construction of two plants in Kostanai and a tires production operation in the Karaganda Region during a Sept. 27 meeting in Kostanai. The three projects are worth 261 billion tenge (US$609.37 million) in total. The plants in Kostanai will produce cast iron and components for the bridges of KAMAZ trucks, the largest manufacturer of trucks in the Commonwealth of Independent States. The annual capacity of the first factory is 40,000 units of cast components and 86,000 gearboxes for trucks.

The parties anticipate that the construction works will be complete by 2023. The plants will create approximately 1,200 new jobs. The level of product localization will reach 60-70 percent and Kazakhstan will export 95 percent of the product.

Russian Deputy Minister of Industry and Trade Alexandr Morozov, KAMAZ General Director  Sergey Kogogin, and AgromashHoldingKZ Board Chair Andrey Lavrentyev participated in the ceremony of laying the foundation stone of the factories in Kostanai. 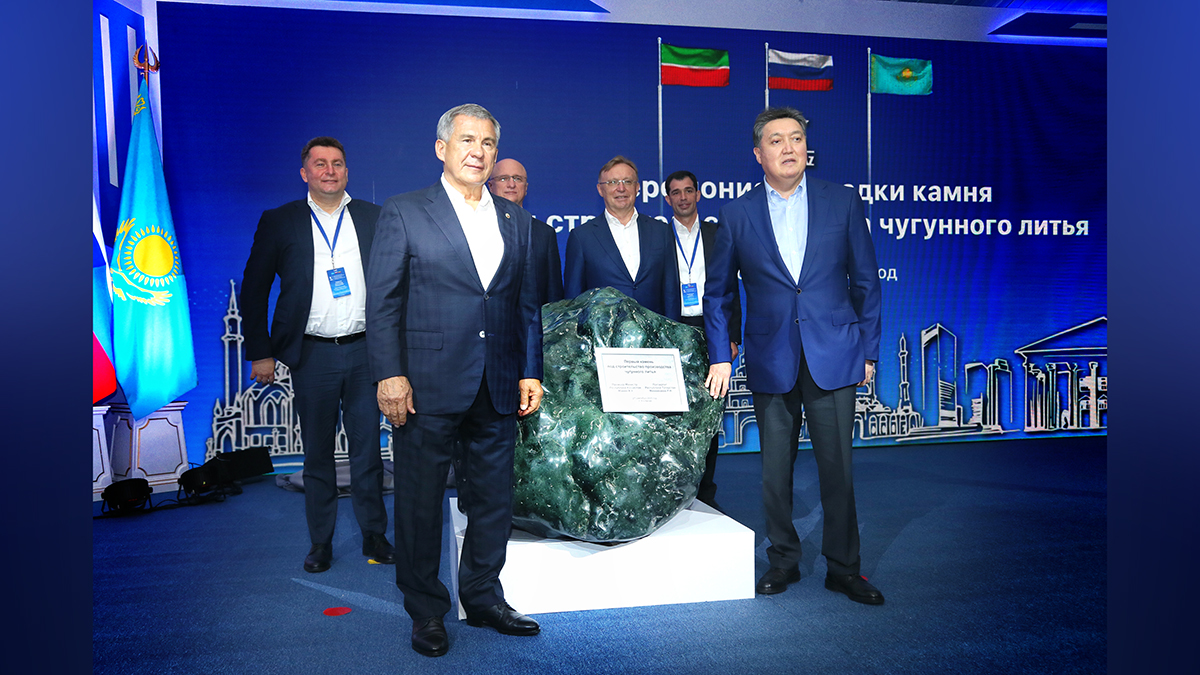 The production volume in the automotive industry has increased by 51.8 percent since the beginning of 2020. Investments in fixed assets have had a nearly seven-fold increase – all the p to up to 9.4 billion tenge (US$21.95 million), Mamin said.

Mamin also reviewed other Kazakh-Russian projects regarding opening a plant for the collection and utilization of agricultural machinery and a KAMAZ engineering center.

The parties signed eight agreements on joint projects in the automotive industry and signed an agreement on assembling components for vehicles and agricultural machinery, investment contracts, financial leasing agreements, long-term supplies, a memorandum of cooperation on research and development, and training mechanical engineers.

Mamin also discussed the prospects for cooperation development with KAMAZ, Tatneft, the Uzbek UzAuto, as well as with the SaryarkaAvtoprom national company that is about to launch Chinese JAC car production.