By Aidana Yergaliyeva in Society on 9 September 2020

NUR-SULTAN – Kazakh school students have won gold, silver, and two bronze medals at the 2020 European Junior Olympiad in Informatics (EJOI) on Sept. 2-6, Kazinform reported. The students distinguished themselves among 90 schoolchildren from 27 countries. 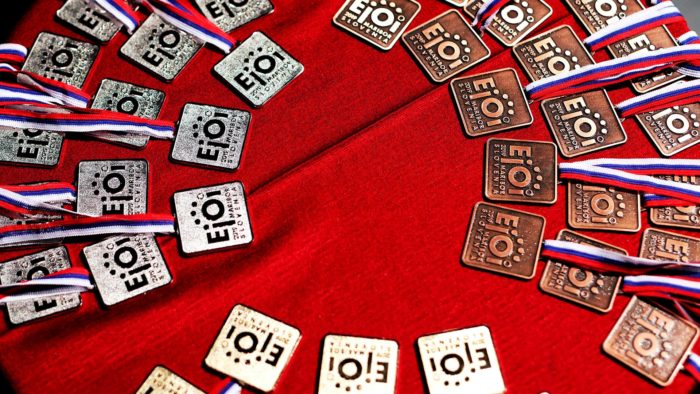 The EJOI selected participants among winners of the national competitions. Only winners and prize-winners of the Kazakh National Olympiad in Informatics represented Kazakhstan at the event.

The EJOI originally planned to organize the contest in Tbilisi, Georgia. For safety reasons during the pandemic, the organizing committee held a virtual contest.

This is the fourth annual EJOI. Prior to this, the contest was held in Bulgaria, Russia, and Slovenia. EJOI follows the rules and standards of the International Olympiad in Informatics.

Prior to this, only students from member countries of the European Council could participate. However, the organizers made an exception for young Kazakh programmers in the 2020 EJOI competition.