By Aidana Yergaliyeva in Business on 22 September 2020

NUR-SULTAN – Japanese companies have signed on for three investment projects totaling $46 million during the Sept. 16 ceremony at the Kazakh Embassy in Japan, the Kazakh Foreign Affairs Press Service reported. Two of the projects will be built in Atyrau, which is one of Kazakhstan’s largest industrial cities. 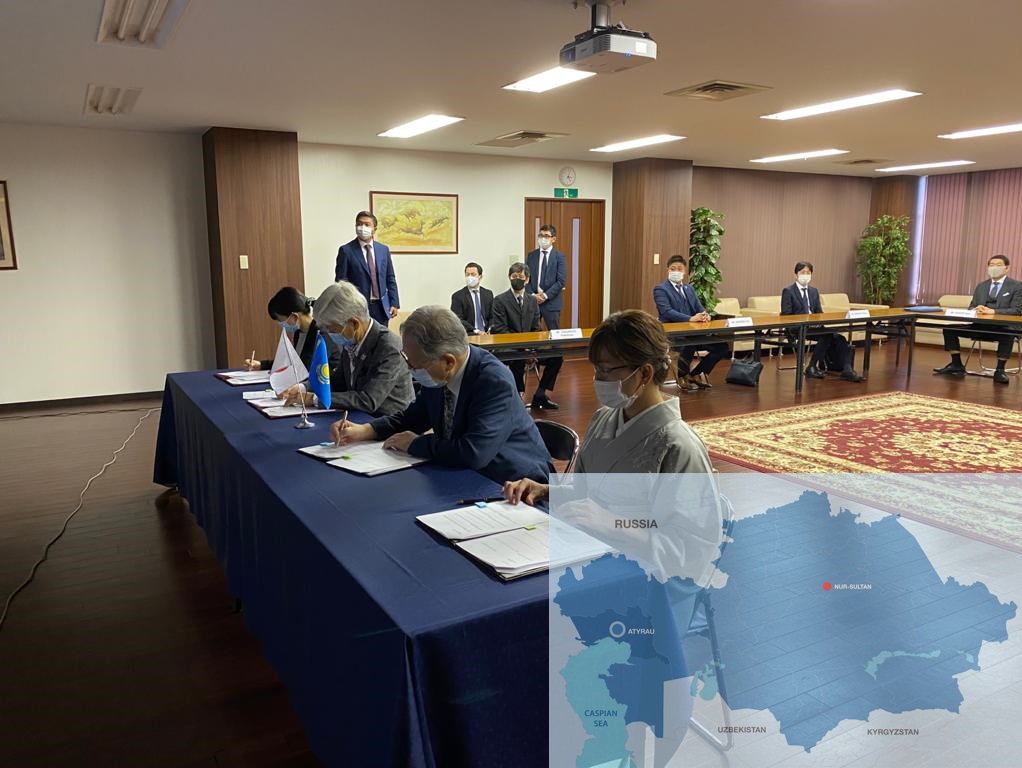 The largest Japanese project will be a multifunctional diagnostic center worth $25 million and located in Atyrau. The new center will use the latest Japanese medical equipment. The center will develop medical tourism for patients from Kazakhstan and abroad.

In addition to this, Kazakh medical workers will be able to attend training programs and participate in internships in Japan. The Atyrau-based Caspian Medical center and Tokyo-based Kitahara International Hospital will organize the training with the assistance of Japanese companies such as Medical Excellence Japan and the Nippon Investment Operating Company.

The second project will assist in developing the Astana International Financial Center (AIFC). The initial phase of the project will require $13 million.

In addition to this, the project will launch a cryptocurrency exchange through a Security Token Offering within the AIFC.

The Japanese investors will also build a plant worth $8 million to produce metal products for the oil, mining, and construction industries operating in the Atyrau Region. The agreement was between Japanese companies Nippon Investment Operating Company, Snin EiTec, and Kazakhstan Umirzak-Service, a leading company in the transportation of personnel in the oil and gas industry in the Atyrau Region.

Kazakh Ambassador to Japan Yerlan Baudarbek-Kozhatayev emphasized that despite the economic turbulence during the pandemic, Japanese investors are expressing interest in Kazakhstan because of its favorable investment climate.

The investment projects indicate the potential for cooperation between small and medium-sized businesses, he said.

Japan has been one of Kazakhstan’s largest investors. The gross investments in the Kazakh economy total over $7.3 billion since 1993.