VIENNA – On July 16, 1945, the first nuclear explosive device was detonated at the Alamogordo Test Range in the New Mexico desert in the United States of America. In the next seven decades nine different countries carried out some 2,060 nuclear explosions, contaminating the atmosphere, lands and space, and polluting the world’s oceans, with catastrophic consequences for the health and well-being of millions of innocent people. 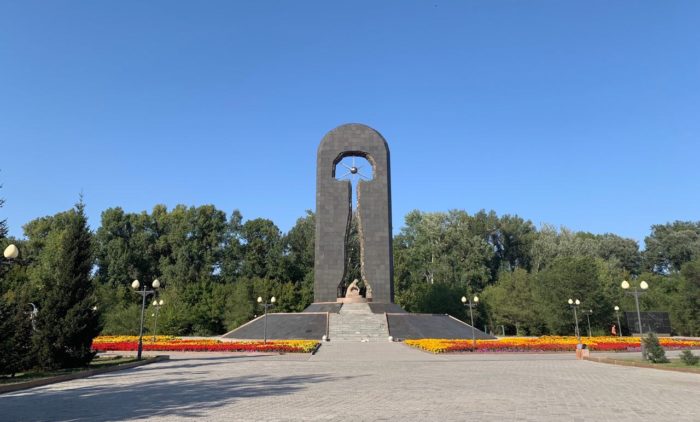 Stronger than Death monument in Semei erected in 2001 in memory of the victims of nuclear testing in Kazakhstan.

As a consequence of the US-USSR nuclear arms race, in the Degelen hill range and in the steppes of Kazakhstan the world’s largest nuclear test site was established by the Soviet Union. In the four decades since the first Soviet nuclear test explosion on Aug. 29, 1949 through to  February 12, 1989, no less than 456 nuclear detonations were carried out at the Semipalatinsk polygon nuclear test site in Kazakhstan, that affected the health of more than one million people and radioactively contaminated thousands of hectares of land rendering it unsafe and unusable for hundreds of years. Similar fates befell the nuclear test sites of China, France, UK and the US in areas ranging from Algeria to Australia to the South Pacific oceans and islands to the Nevada test site. 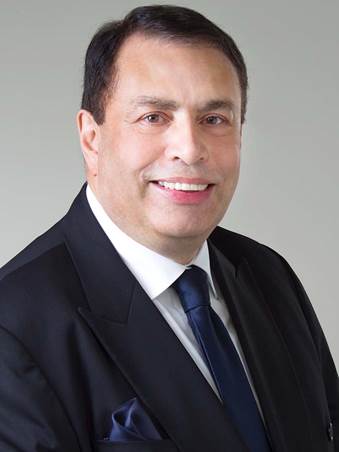 The infamous tally of nuclear detonations comprises 1,030 by the US, 715 by the USSR, 210 by France, 45 each by China and the United Kingdom, six each by India, North Korea and Pakistan, and at least one by Israel. Of the 2,060 nuclear detonations, 529 were in the atmosphere and some 1,500 on land, underground and under water. It is estimated that the entire population of the northern hemisphere has been exposed to residual amounts of cesium resulting from the more than 500 nuclear explosions in the atmosphere – this trace contamination is believed to be transmitted through to succeeding generations of people.

The greatest burden of the devastating genetic and environmental effects of nuclear explosions has been borne by the population of Kazakhstan. Thus, it fell to the then leader of Kazakhstan, Nursultan Nazarbayev to convince the then USSR President Mikhail Gorbachev who had announced a unilateral testing moratorium in October 1990 to permanently close and decommission the “polygon” test site at Semipalatinsk (also referred to as “Semei”).

This signal act of leadership by President Nazarbayev contributed to the negotiation of the Comprehensive Nuclear-Test-Ban Treaty (CTBT) in 1996 that permanently prohibits all nuclear test explosions in all environments for all time. The CTBT closed the circle on nuclear weapons testing started in 1963 by the Partial Test-Ban Treaty (PTBT) that banned nuclear tests in all environments except underground.

The closure of the Semipalatinsk nuclear test site and the Soviet testing moratorium, led to the US to also announce a testing moratorium in 1992. The seminal 1995 nuclear Non-Proliferation Treaty Review and Extension Conference (NPTREC) agreed to the indefinite extension on the condition, inter alia, to complete the negotiation of a CTBT no later than 1996. Unfortunately, contrary to the example set by Kazakhstan, both China and France resumed nuclear tests in 1996 and only announced respective testing moratoria under intense international pressure.

Three countries then bucked the nuclear testing moratoria and carried out tests after the opening for signature of the CTBT in September 1996. In May 1998, once again India set itself up as a rogue State in the context of nuclear arms control when it claimed that it had detonated five nuclear explosive devices – recall that in May 1974, India had carried out its first nuclear test in violation of solemn non-proliferation commitments given to Canada and the US. Given the resulting untenable security situation in South Asia, Pakistan then proceeded to carry out six nuclear tests also in May 1998 to “even the score.” Then, in 2006, North Korea detonated a nuclear device and over the next 11 years carried out five more nuclear test explosions. None of these three countries – India, North Korea and Pakistan – has signed the CTBT!

Following the conclusion of the CTBT in 1996, thirty six of the 44 countries whose ratification is required for entry into force went on to ratify the treaty – including France, Russian Federation and the UK. Unfortunately, in little more than a year after the1998 nuclear tests in South Asia, the US Senate in a “rogue” action formally rejected US ratification of the CTBT – the only country to have done so. By now 24 years have elapsed since the CTBT was concluded but it languishes in limbo awaiting the required six ratifications – the prospects of which recede with each passing year as a new nuclear arms race is ignited.

In the void of leadership in bringing about the entry into force of the CTBT thus legally enshrining the prohibition on nuclear testing, the broken field of promises for nuclear disarmament made by the States parties to the NPT at the review conferences in 1995, 2000 and 2010, and the growing risks of accidental nuclear war and the increasing recognition of the catastrophic humanitarian consequences of any use of nuclear weapons, Kazakhstan under the leadership of First President Nazarbayev continued to take incremental steps to try to reduce nuclear dangers and strengthen nuclear non-proliferation and nuclear disarmament.

Since achieving independence in 1991, Kazakhstan has undertaken a number of notable steps for nuclear non-proliferation and nuclear disarmament. These include, for example: returning by April 1995 to Russia for dismantlement the 1410 Soviet strategic nuclear warheads (deployed on 104 SS-18 intercontinental ballistic missiles and 40 Tu-95 strategic bombers armed with air-launched cruise missiles) and an undisclosed number of tactical nuclear weapons; transferring to the US approximately 600 kg of weapon-grade highly enriched uranium (HEU) from the Ulba Metallurgical Plant (UMP); down-blending into low enriched uranium (LEU) at UMP for civilian nuclear applications under IAEA safeguards 2,900 kg of nuclear fuel (enriched up to 26 percent U-235) from the Mangyshlak Atomic Energy Combine in Aktau; permanently sealing 13 bore holes and 181 tunnels at the Semei nuclear test site to lock in plutonium residues; acceded to the NPT as a non-nuclear-weapon State; ratified the PTBT, CTBT and the Treaty on the Prohibition of Nuclear Weapons (TPNW); established a Central Asian nuclear-weapon-free zone and concluded an Additional Protocol to its NPT safeguards agreement with the IAEA; supported the entry-into-force conferences of the CTBT; endorsed the Humanitarian Pledgefor the prohibition and elimination of nuclear weapons; and established the IAEA Low Enriched Uranium (LEU) Bank at Ust-Kamenogorsk.

The United Nations General Assembly on Dec. 2, 2009 unanimously adopted Aug. 29 to be commemorated annually as the International Day Against Nuclear Tests in response to a proposal (resolution 64/35) by Kazakhstan.

Since 2010, every year Aug. 29 – the date of permanent closure of the Semipalatinsk nuclear test site in 1991 – is observed as the International Day Against Nuclear Tests to promote awareness and education “about the effects of nuclear weapon test explosions or any other nuclear explosions and the need for their cessation as one of the means of achieving the goal of a nuclear-weapon-free world.”

This year’s commemoration is especially significant not only because it is the 75th anniversary of the first test and use of nuclear weapons (in July-August 1945), and the eve of the 30th anniversary in 2021 of the closure of Semipalatinsk but also because earlier this year the US raised the ugly prospect of possibly resuming nuclear explosive testing thus endangering both the continuing moratoria of nuclear tests as well as the CTBT.

In a broader context, I note with great regret that the world today is still saddled with more than 14,000 nuclear warheads deployed at 107 locations in 14 countries, as well as nearly two million kilogrammes (2,000 tonnes) of weapon-usable nuclear materials – highly enriched uranium and plutonium.

I would recommend that on Aug. 29, 2020, Kazakhstan once again needs to stand up against nuclear tests and nuclear weapons and to boldly issue a call to:

– preserve the moratoria on nuclear testing;

– redouble efforts to achieve the entry into force of the CTBT as well as of the TPNW;

– urge adoption by the UN General Assembly of the principle that a nuclear war cannot be won and must never be fought;

– announce the convening of a major international conference in Nur-Sultan on Aug. 29, 2021 to mark the permanent closure of Semipalatinsk, to both mourn and to celebrate the lives of the victims of nuclear testing not only in Kazakhstan but also globally; and

– award the Nazarbayev Prize for Nuclear Weapon Free World and Global Security 2021 to an appropriate recipient (or recipients) in the service of the goal of eliminating all nuclear weapons.

The author is Tariq Rauf, the former Head of Nuclear Verification and Security Policy at the International Atomic Energy Agency (IAEA) in Vienna, Coordinator of IAEA LEU Bank and Multilateral Approaches to the Nuclear Fuel Cycle, Alternate Head of the IAEA Delegation to NPT review conferences, Senior Advisor on nuclear disarmament to the Chairs at the 2015 NPT Review Conference and 2014 NPT PrepCom, long time Expert with Canada’s NPT delegation until 2000.