By Aidana Yergaliyeva in Nation on 1 September 2020 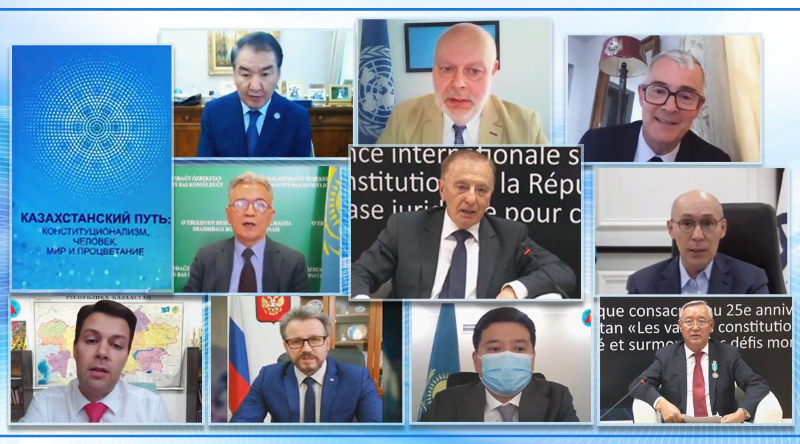 A screenshot from the conference. Photo credit: inform.kz.

More than 30 authors contributed articles discussing the role of the Constitution in constructing Kazakh statehood. Among the contributing authors there were the constitutional justice bodies of 11 countries, well-known foreign state and public figures, world-famous scientists, as well as representatives of authoritative international organizations such as the Council of Europe, the Astana International Financial Center (AIFC) and the United Nations (UN). 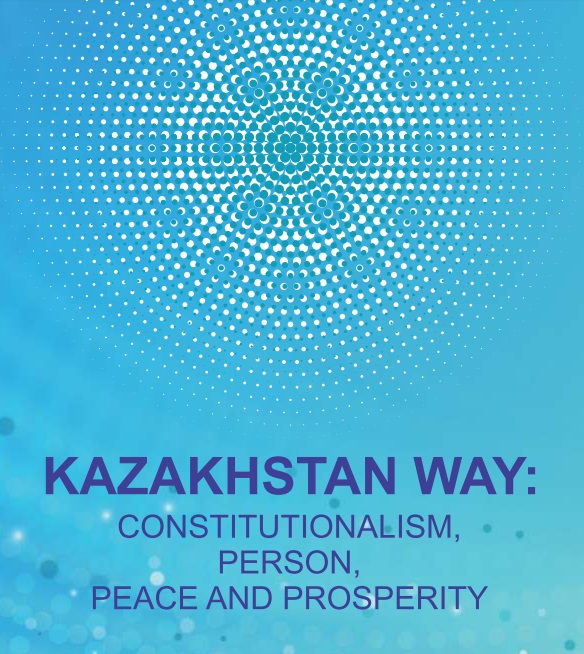 The book is dedicated to the 25th anniversary of the Kazakh Constitution. The publication continues the book “Kazakhstan Trend: From Totalitarianism to a Democratic and Legal State (view from the outside).” The book is available in Kazakh, English, and Russian.

“The next anniversary of the Basic Law is a good reason to reflect on the path traveled, assess what has been achieved and set guidelines for the future. Time has shown the effectiveness of the chosen model of the country’s constitutional development. At the same time, in a rapidly changing world, constitutional values ​​require special attention and protection,” said Kazakh Constitutional Council Chairperson Kairat Mami during the conference.

Kazakh and foreign legal scholars presented a rich program of scientific reports. Conference participants stressed the colossal role of the Constitution in the development of Kazakh society.

“The law meets the needs of the socio-economic, political, cultural, humanitarian, and other spheres of life in society and the state,” said Igor Rogov, a deputy executive director of the Foundation of the First President – Elbasy.

Among the conference organizers were the First President’s Foundation – Elbasy, the Kazakh Constitutional Council, the AIFC, the Abai National Pedagogical University, the Sorbonne-Kazakhstan Institute, the Organization for Security and Co-operation in Europe (OSCE) Program Office in Nur-Sultan, and the Kunayev Eurasian Law Academy.