By Zhanna Shayakhmetova in Culture on 13 September 2020

NUR-SULTAN – The Astana Opera House begins its eighth theater season with an online gala opera program titled “Through the Pages of Opera Classics” on Tengri TV and on the theater’s YouTube channel on Sept.18, reported the theater’s press service. 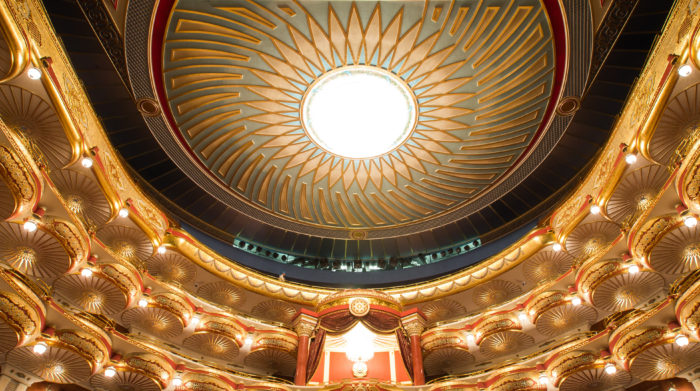 The choreographic masterpieces of “The Silver Age Ballets” and “Scheherazade” to the music of Nikolai Rimsky-Korsakov will be performed in September.

General Director of the Astana Opera House Galym Akhmedyarov noted that the new season opens in an unusual way as the artists will perform onstage without any viewers in the hall.

“The soloists are happy to start working after such a long break. They work in rehearsal halls and are certainly excited despite the fact that our first meeting with the audience will be taking place online. The opera house’s artistic council has developed a diverse repertoire for the eighth season, which includes national and world classical operas and ballets, chamber music concerts and programs for children and youth audiences,” he added.

During lockdown, the soloists worked online, created a variety of projects and received positive feedback and comments from the audience.

This season, the online production of Gaetano Donizetti’s opera “Don Pasquale” will be premiered in the beginning of October. “The Six Dances” ballet by choreographer Jiří Kylián to the music of Wolfgang Amadeus Mozart will be staged as well.

The list of premieres also includes the long-awaited premieres of Gaetano Donizetti’s opera “L’Elisir d’Amore” and the national ballet “Call of the Steppe” staged by Patrick de Bana to the music by Tles Kazhgaliyev, Renat Gaisin and Carlos Pino-Quintana.

The ballet production of Gyula Harangozó’s “Snow White and the Seven Dwarfs” to the music of Tibor Kocsák will be present in a new format. And the main premiere of next year will be Yerkegali Rakhmadiyev’s national opera “Alpamys.”