Half of the world today is a nuclear-weapon-free zone, and Kazakhstan has significantly contributed to achieving this result. 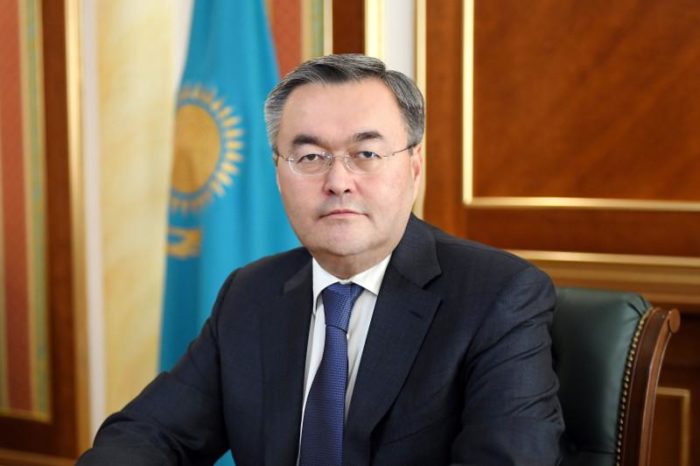 Having signed the Decree to close the Semipalatinsk nuclear test site by the will of the people on August 29, 1991, the first President of Kazakhstan and Leader of the Nation, Nursultan Nazarbayev, showed the whole world an example of a responsible and decisive approach to preserving peace and humanity.

Having experienced all the horrors of nuclear explosions at the Semipalatinsk test site, from which 1.5 million people suffered, Kazakhstan made a voluntary decision to completely renounce its nuclear weapons arsenal, the fourth largest in the world at the time.

This decision was made at a very difficult time. Back then, against the background of the collapse of the Soviet Union and the bipolar world order, the issue of ensuring the security of the newly formed independent countries was very acute. And the presence of nuclear weapons in Kazakhstan was perceived by many as a guarantee of the independence and integrity of the country. In addition, the leadership of the military and the defence industry of Kazakhstan were in favor of preserving the arsenals.

Notably, the closure of one of the planet’s largest test sites paved the way for the 1996 Comprehensive Nuclear Test Ban Treaty (CTBT).

During that transitional period, the leadership of Kazakhstan was faced with the task of building a new state, properly formalizing the state border, creating its own national currency, ensuring economic development and building a consistent foreign and domestic policy of the country.

History has proved that Nursultan Nazarbayev made the right choice.  His decision became an event of global significance, as demonstrated by the fact that on December 2, 2009, the UN General Assembly adopted a resolution declaring August 29 the International Day against Nuclear Tests.

Our country is a member of all major international treaties in the field of nuclear disarmament and non-proliferation. Last year, Kazakhstan ratified the Treaty for the Prohibition of Nuclear Weapons (NPT), which represents a new reality and makes nuclear weapons illegal.

Today, hundreds of thousands of people all over the world are supporting Nazarbayev’s initiative – the “ATOM Project” (Abolish Testing: Our Mission), which calls for joint global efforts in the fight for a complete cessation of nuclear tests and full renunciation of nuclear weapons.

The closure of the Semipalatinsk test site, the abandonment of the nuclear arsenal and the subsequent initiatives of Nursultan Nazarbayev to achieve a world free of nuclear weapons gave a powerful impetus to the global anti-nuclear movement. The combined efforts of the supporters of this process led to the expansion of the geography of the nuclear-weapon-free zones, including in Latin America, the South Pacific Ocean, Southeast Asia, Africa and Central Asia.

The current President of Kazakhstan, Kassym-Jomart Tokayev, being a staunch supporter of global nuclear disarmament, has continued Nazarbayev’s anti-nuclear initiatives.

President Tokayev focused on these initiatives in his first speech as Head of State at the UN General Assembly in 2019. He stressed that Nazarbayev’s initiative to completely rid the world of nuclear weapons by 2045 has already found a huge number of supporters both among political leaders and among the wider global community.

On the eve of the 30th anniversary of the closure of the Semipalatinsk nuclear test site, President Tokayev called on the world community to support the provisions of the Universal Declaration on Building a World Free of Nuclear Weapons, stressing that it is a roadmap to a safer future. He noted that Kazakhstan is also committed to strengthening cooperation between nuclear-weapon-free zones, and contributing to the creation of new such zones around the world.

Overall, 2019 was marked by a number of positive events. To mark the anniversary, the Executive Secretary of the Comprehensive Nuclear-Test-Ban Treaty Organization (CTBTO) Lassina Zerbo and General Director of the International Atomic Energy Agency (IAEA) Yukiya Amano were awarded the “Nazarbayev Prize for a Nuclear Weapons-Free World and Global Security.”

Furthermore, on August 29 last year, the Permanent Representative of Kazakhstan, Kairat Umarov, handed over to the Secretariat of the United Nations in New York the document on the ratification of the NPT.

This year, the COVID-19 pandemic has made adjustments to the planned events to mark the International Day against Nuclear Tests. Due to the health crisis, the events are taking place online.

On August 26, a video conference was held with the participation of the President of the UN General Assembly Tijjani Muhammad-Bande, the former President of Finland Tarja Halonen, the Executive Secretary of the CTBTO Lassina Zerbo, as well as the UN High Representative for Disarmament Affairs Izumi Nakamitsu, who read out a message from the UN Secretary General António Guterres. I had the honor to speak on behalf of Nursultan Nazarbayev.

In addition, on the occasion of the International Day against Nuclear Testing, official videoconferencing events are planned in the capitals of the United States and the United Kingdom. On September 2, two American NGOs “Arms Control Association” and “Center for Policy Research (SUNY-Albany)” will hold a webinar in Washington on “Strengthening the nuclear test ban rule”. In addition, on September 8, a webinar will take place in London on the topic “Multilateral Cooperation in the post COVID-19 Period – a Chance to Achieve a Nuclear Weapons Free World.”

Ultimately, the International Day against Nuclear Tests, along with other events and activities, is contributing to the formation of a global environment that opens up more optimistic prospects for moving towards a world free of nuclear weapons.

The author is Kazakh Minister of Foreign Affairs Mukhtar Tileuberdi.